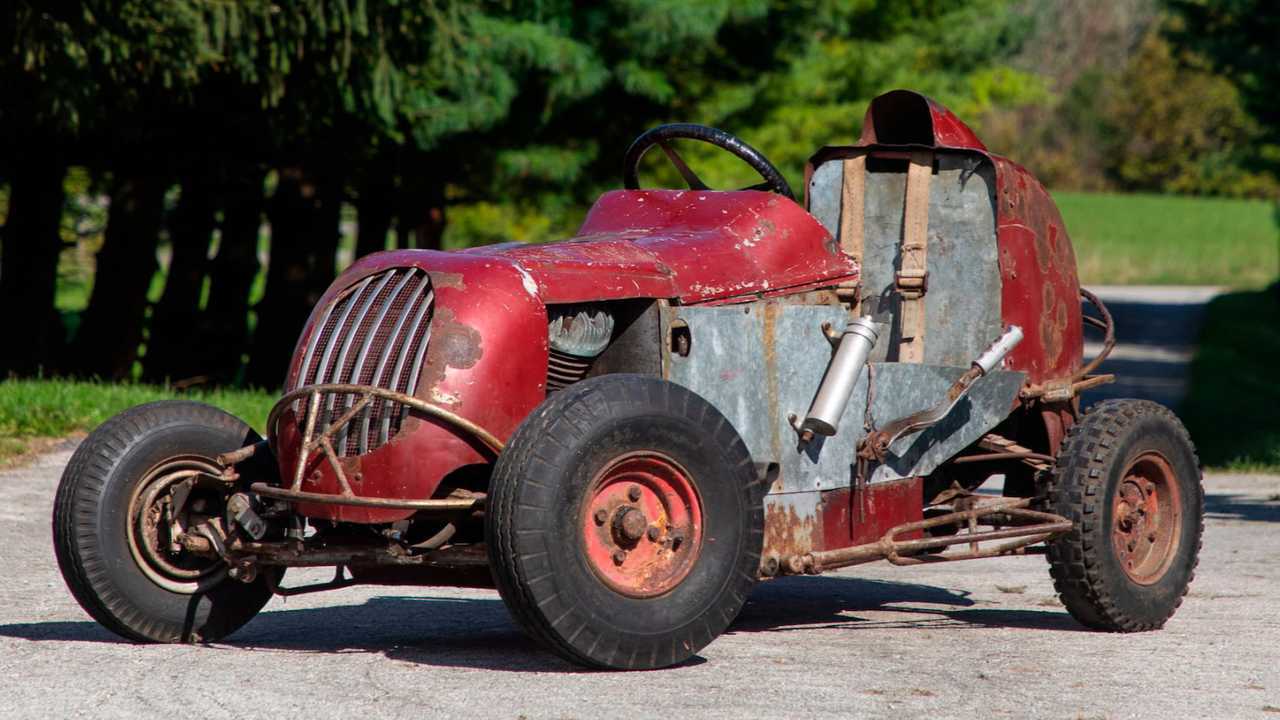 There is an inexplicable draw to things that are tiny. Kids, bikes, animals, cars—if it’s small and cute we seem hard-wired to love and cherish it. This home-built 1949 Harley-Davidson WLA-engined three-quarter midget car is both small and cute with a side of seriously awesome, and we want it real bad.

Not much is known about the original builder, but whoever they were they did a bang-up job building it. It’s unrestored, so it’ll need a bit of TLC before you can get it back to its circle-track racing glory if that’s your intent. We don’t know much about its internals either, but we do know that Harley’s legendary 45 cubic-inch flathead powers this the tiny, mighty machine.

Midget car racing was a popular grassroots past time from 1933 forward, even spreading to Australia and New Zealand. As their diminutive name implies, everything about these cars is small—and stuffing a motorcycle engine inside instead of a big automotive block was a common practice. If you thought a classic Mini’s wheels were small at 10 inches, the wheels on this baby racer are just 8 inches in diameter.

This one is extra tiny because it’s a three-quarter midget, not just a regular-sized one. It’s essentially the Fun Size candy bar of midget racers. It sold at the 2020 Mecum Las Vegas Motorcycle Auction for an as-yet undisclosed amount. There was no reserve on it, though, so it’ll be interesting to see what the numbers reveal when they’re available.

The good news for the buyer is that although it needs work, it’s a complete car—so that’s half the battle won, right there. After all, it’s much harder to put the puzzle together when you have pieces missing. Clearly, whoever won this auction doesn’t own some randos on the Internet anything, but we can always hope that someone posts eventual photos or videos of how the project turns out once it’s restored.