Project Firebolt: Blasting The Past 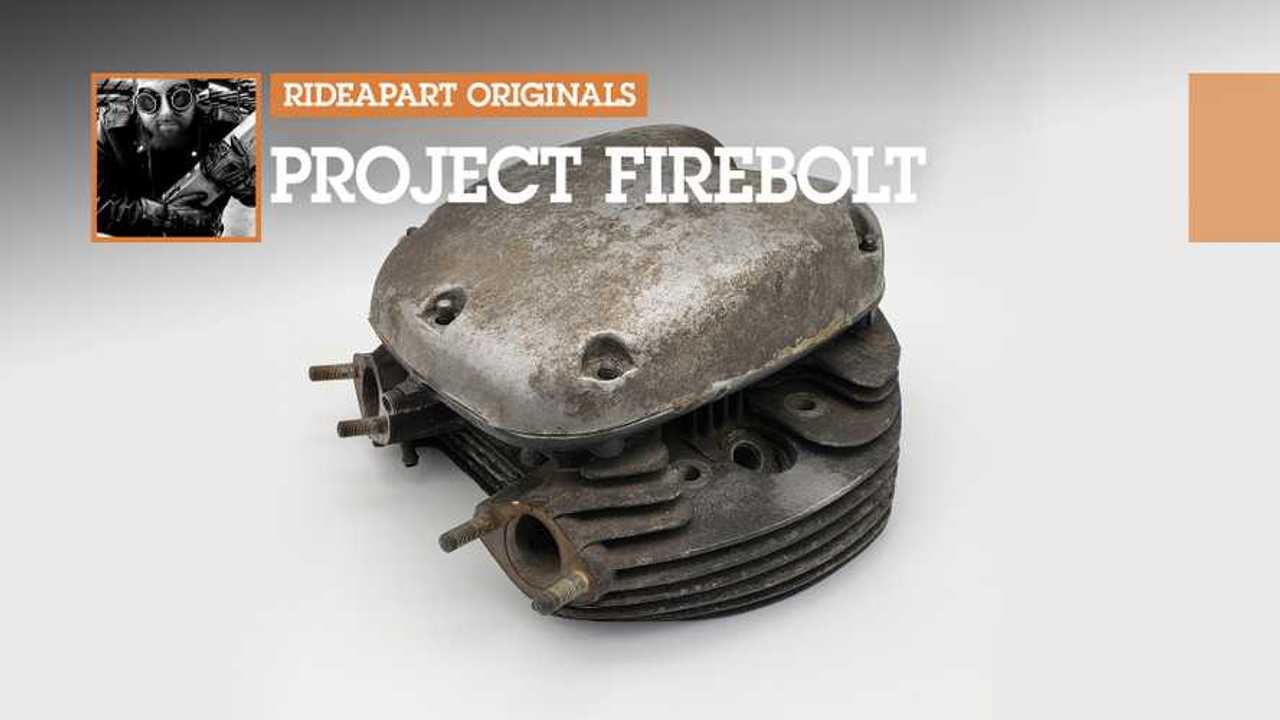 You all remember Project Firebolt, right? My ill-fated attempt to win a hundred bucks off my pal John by spending thousands of dollars restoring a BSA basketcase that was burned up in a garage fire? Of course you do! Just in case you don't, though, let me catch you up real quick.

In January of 2019 our man Todd gave me—just gave me—a late-60s BSA A50 Gold Star that had been mostly destroyed in a garage fire. The previous owner decided to take what was left and make an ersatz Lightning out of it by buying a Lightning frame off eBay, giving Todd all the surviving parts, and promptly forgetting about it for more than a decade. I brought it home because a BSA, any BSA, has always been my dream bike. Also, because I can't turn down a mechanical challenge and I have impulse control problems.

In July of 2019, I wrote an article about the project in which I said I'd be riding this thing by April 1, 2020. A bold, and ultimately false, statement. I have made some good progress, though! I got tires mounted on the wheels and the wheels mounted on the frame. I stripped down the bottom end of old Hornet engine (with Todd's expert help) and rebuilt it with new bearings, gaskets, and oil seals then mounted it in the Lightning frame. I had to source new cylinders because the ones I got with the engine were completely knackered despite the dingleball hone I did on them. That just left me with a filthy, soot-encrusted Lightning head and rocker cover to install.

Now, mounting super gross-looking, dirty parts on a freshly rebuilt engine is, as we say in the industry, no bueno. That's why I reached out to my pal Nils Menten at Restocycle in Tucson, Arizona, for some vapor blasting. What's vapor blasting, you ask? Let's find out!

According to Restocycle, vapor blasting is "... a surface refinishing process that was originally used by Rolls Royce in England many years ago, to clean and resurface aluminum jet engine parts to eliminate corrosion and facilitate inspection. It is quite simply cleaning via high-pressure surface blasting, but instead of dry abrasive media, it uses a slurry of water, compressed air, detergents, and abrasive media." In other words, it's like sand or bead blasting but wetter and much gentler on the piece being blasted. It doesn't damage or change the size/shape of a part like dry media blasting can, and provides a smoother and shinier finish Sounds pretty neat, eh?

Free candy in every box!

I sure thought so. I showed Nils some pictures of my ratty Lightning head and he assured me that he could, in fact, clean it up. So, off the head and rocker cover went to Arizona. About ten days later I got a package from Restocycle. Inside were my parts, some post-vapor blasting care instructions, and some candy (which Nils includes in every shipment). I tossed away all the packing material, my kids made quick work of the candy, and I finally got the head and rocker cover unwrapped. So, how was it? See for yourself.

Right? RIGHT!? Just look at it! I couldn't believe they were the same parts. They're straight-up gorgeous. After admiring them for an appropriate amount of time and bragging them up on the 'gram, I sent the head off to Todd so he could put all the guts back in. Out came the old, busted valve seats. In went new, hot valve seats, high-po valves, and modern valve springs all courtesy of Classic British Spares.

So, that's a super-abbreviated rundown on all the work I've done or had done on Project Firebolt since July. I'm currently way behind schedule because the wife and I moved the family into a bigger, older, more in need of repair home in the city over the holidays and my garage isn't even close to being unpacked. Once I get everything squared away I'll be back to it and I'll make with more regular updates. Stay tuned!