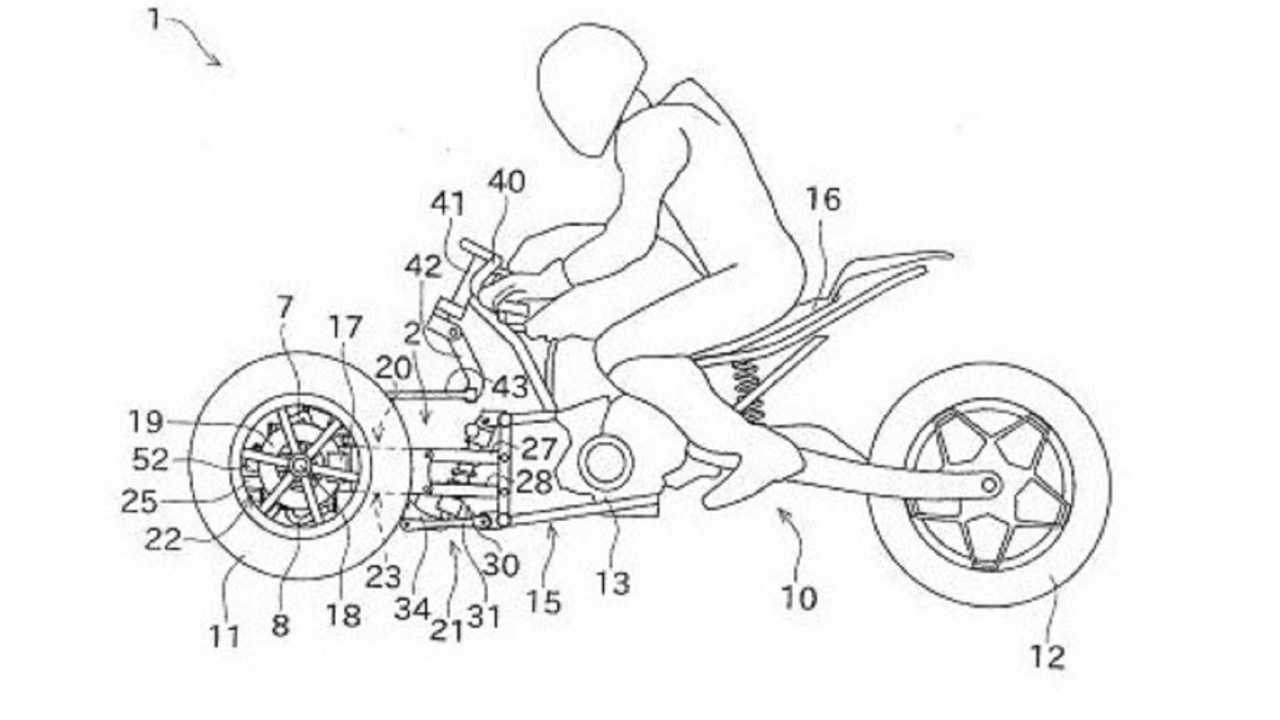 Most complicated patent ever?

Kawasaki is the latest manufacturer to file patents for a three-wheel motorcycle, and this one is even more bizarre than most. Instead of conventional forks, it uses horizontal links to a pair of front wheels that allow the bike to tilt and lean into corners.

The linkages are set up so they can pivot and tilt. If you imagine the front end is supported by a square truss of supports, this system allows the square to pivot into different alignments like a parallelogram. Each of the corners remain the same distance apart, but their orientation to the bike’s frame can change. The effect is that the two wheels tilt in alignment.

Drawings show that the two front wheels can tilt through a wide range of angles and that a single shock absorber and spring mounted behind the wheels will take up suspension duties. Low-speed steering will be achieved with a steering knuckle and rod that is offset in front of the wheels, pulling them left and right with the movement of the handlebars.

The amount of hardware and linkages needed to make this concept work is impressive, but makes me wonder how this sort of setup could possibly be lighter or more simple than other fork-based solutions already on the market. Most of the weight also looks like it is well forward and unsprung, which is not usually a good thing for agility and handling.

The other issue is that this looks like an extremely long wheelbase and overall length, although, the trade-off appears to be a lower and sportier stance than other three-wheel options.

Even for those of us without engineering or design backgrounds, this patent looks fascinating. There’s a lot to it, and the more you look, the less clear it all seems to be. Kudos to Kawasaki for thinking outside the box and finding new ways to design and build motorcycles.

Out of sheer curiosity if nothing else I really hope they build this. After all, the doubters were proven wrong by the Niken, maybe this contraption will be a winner too.