Mystery Downsized Katana Is In The Works And It Looks Awesome 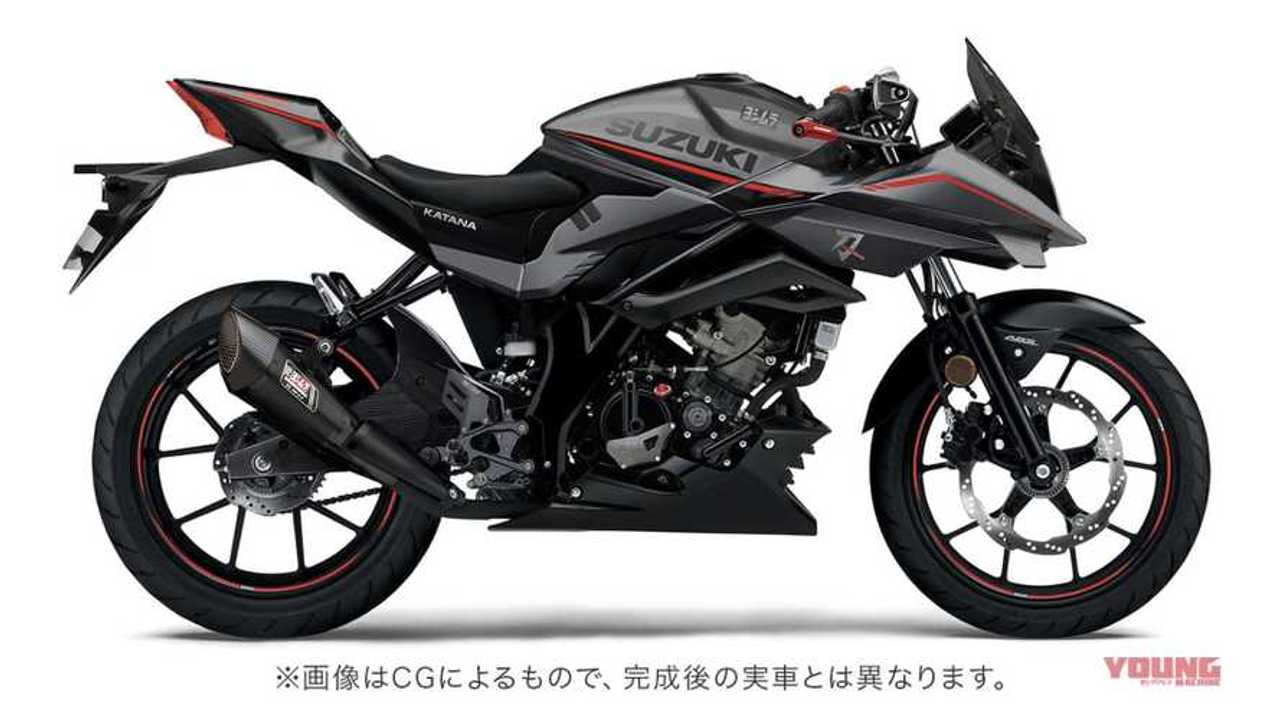 If I asked you what’s one of the most hyped bikes of the year, what model do you think of? For me, the Honda Africa Twin probably ranks first, closely followed by the Suzuki Katana. Introduced at EICMA 2018, the model finally went on sale in the U.S. at the end of 2019. There is now talk of a downsized Katana being developed and we’re bummed it won’t be coming here.

The Edge On The Sword:

The story comes from the folks over at Young Machine. Not only do they have a knack for digging up industry secrets (Kawasaki ZX-25R anyone?), but they’re also involved with parts manufacturer Yoshimura to come up with really cool custom versions of existing models. Their latest project aims to create a downsized version of the Katana dubbed the Katana 125R.

Sadly, there’s little to no information divulged about it and the writer laments that they aren’t allowed to discuss the matter further or release any details at the moment. The team did, however, provide us with a render of the tiny bike—something the site is particularly good at.

Rumor has it Yoshimura will base the Katana 125R on the GSX-S 125—a bike that is, sadly, not available in the U.S. which, should it be the case, would make perfect sense. After all, the full-size Katana borrows its chassis from the GSX-S 1000 and the engine from the former-generation GSX-R 1000. Baby GSX-S equals baby Katana—looks like solid math to me.

So what is this Katana 125R exactly? Will it be a limited-run model or a one-off custom to show off at events? Considering the lack of information about it, it’s hard to tell. One way or the other, I have to say I love the idea.

Remember how we often complain that Asia and Europe get all the cool toys? Well, it looks like we’ll have to add the Japanese to the list of people we’re envious of. According to Italian site Moto.it, the model will be a local exclusive. We can only hope Suzuki is taking notes.