Ever since the new Suzuki Katana launched there have been some who say the bike isn’t “retro enough”. Not us mind you, we love it, but some have complained. Well, Yoshimura is set to makes those folks happy at the Milan motorcycle show (EICMA). The tuner has a long relationship with Suzuki, and has developed a suite of parts designed to bring the 1980s back to the modern Katana line-up. 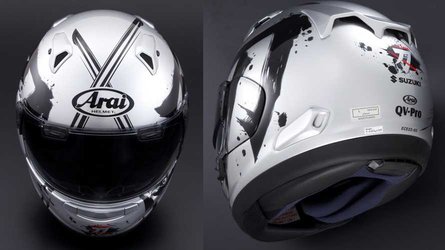 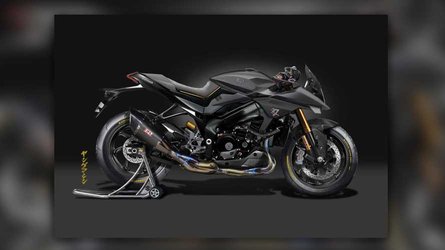 The kit was first reported by Young Machine, a Japanese motorcycle magazine with a penchant for Katanas. Called the Sepahan kit, the parts package will include a banana-style exhaust pipe reminiscent of early performance pipes, a carbon-fiber fairing, rearset footpeg mounts, and drooped handlebars more in keeping with tradition.

Sepahan, by the way, is an amalgamation of “separate handle”. Those drooped bars will interfere with the standard fuel tank cover so will be offered with custom steering stops to avoid that issue. Yoshimura is developing a custom shaped tank cover that will allow the drooped bars to be installed without the steering stops. A carbon-fiber belly pan is also under development.

If you want to jump ahead of the crowd and get your hands on any of these parts early, only the exhaust pipe is available. The part, a titanium slip-on labelled B-77 Cyclone is on sale through the Yoshimura website.

This kit is exactly what the modern Katana needed. It adds retro flair and after-market cool, and the Yoshimura-Suzuki link is period appropriate. If you’re looking for a more modern look for your Katana, there is also a suite of triangular titanium and carbon-fibre exhausts available. For me, I would want this whole kit, only in matte silver instead of carbon-fiber.

All that’s missing then will be the blocky 1980s font for the logos, an unwieldy 80’s style helmet and a mullet.