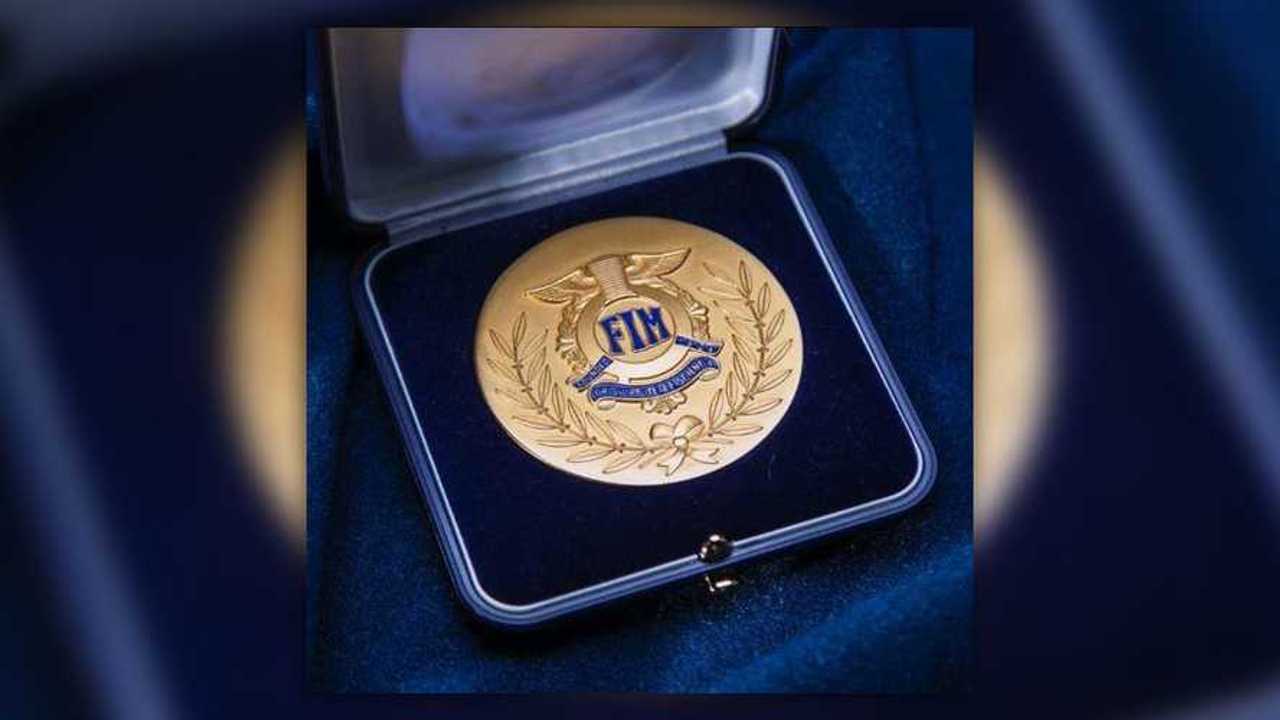 On November 30, 2019, the Fédération Internationale de Motocyclisme—the International Motorcycling Federation to those of us in the Anglosphere—awarded its prestigious Nicolas Rodil del Valle gold medal to Arai Helmets. First awarded in 1983, the del Valle gold medal is given to individuals who make significant contributions to "two-wheel racing activities and management fo businesses". This marks the first time in its 36-year history that the medal has been awarded to a gear manufacturer.

The award was handed out at FIM's annual awards gala in Monte Carlo, Monaco, on the last weekend in November. Michio Arai, son of company founder Hirotake Arai and current company CEO, was on hand to accept the award from FIM president Jorge Viegas. The company won the award for, according to an Arai press release, "achievement in contributions to the safety of many riders and numerous advancements to motorcycle sports over many years". Extremely fancy talk for, "Making some of the best lids on the market hands down."

"Understanding the reason for this award, Arai Helmet continues to make helmets without compromise for the sake of rider protection since the company’s founding as the first motorcycle helmet manufacturer in Japan. It’s not an exaggeration to say these contributions are recognized around the world by the granting of this award," the press release continued.