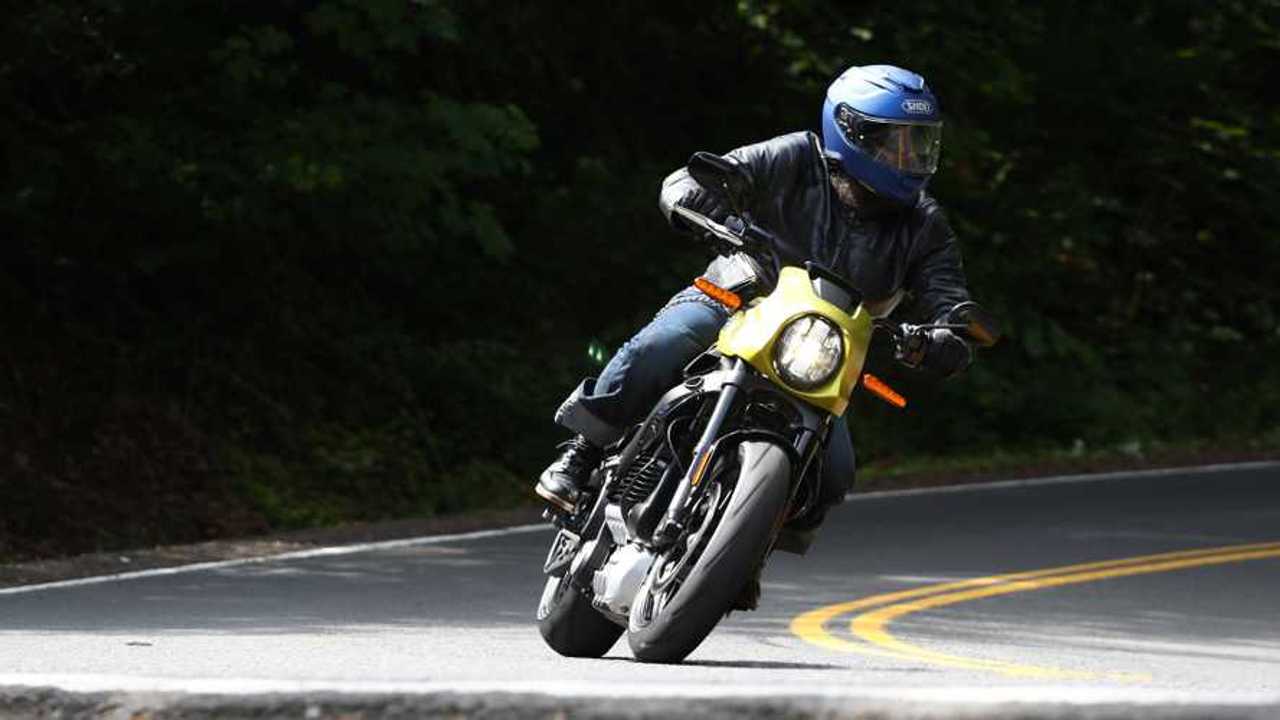 A fighter pilot helmet for your motorcycle.

Shoei helmets dropped the all-new GT-Air II full-face helmet earlier this year to a fair amount of fanfare. Descended from the well-respected GT-Air, the GT-Air II builds on that helmet's success and forges its own path with updated tech and features. I was lucky enough to get my hands on a GT-Air II over the summer, and after a few months and a few hundred miles with it I definitely have some opinions about it. Let's talk about it, shall we?

I'm not gonna mince words here, the GT-Air II is the best helmet I've ever owned. Now, to be fair, I've only owned a handful of lids over my riding career—and the majority of those have come my way since I started this here gig—but out of all of them, the Shoei is the quietest, handsomest, most comfortable helmet I've ever worn. A bold statement, I know. I also know that the plural of anecdote isn't data, so I have some data to back up my clearly correct and bold statement!

The GT-Air II is a DOT-rated full-face helmet with an intermediate oval shape. It features Shoei's proprietary multi-layer Advanced Integrated Matrix (AIM) shell that's both lightweight and super strong. The AIM shell comes in three sizes and is comprised of varying layers of fiberglass, resin, and something the company mysteriously calls "organic fibers". Not exactly sure what that last part is—horsefeathers, maybe? Dog's eyelashes?—but it all adds up to an incredibly safe, lightweight, easy to wear lid.

The helmet's interior features a fully-removable, multi-piece, multi-density EPS liner which is comfortable (although it squeezes my cheeks a little tighter than I'd like) and designed to wick sweat quickly away from your noggin to increase comfort. Speaking of rider comfort, the GT-Air II has a new and improved ventilation system with three intake and five exhaust vents. The crown intake is completely redesigned and is bigger with a new shutter that gulps in fresh air. Both it and the lower, chin-mounted vent shutter were build to be more easily used with gloves on. This thing breathes even better than the Bell Eliminator I reviewed earlier this year, with the added bonus of not sounding like a train whistle inside at speed.

Keeping it all on your head is Shoei's rad micro ratchet chinstrap that uses what is, essentially, a streamlined ratchet strap tie-down instead of the OG D-ring to secure the strap. The micro ratchet is super easy to use, is fast to secure or release, and is eminently adjustable. I wish every helmet had it, honestly. For added safety, the GT-Air II features a clearly marked emergency quick-release system that allows first responders to pull the helmet's cheek pads out and remove the helmet from a downed rider without adding undue load to their neck.

Optics are a huge sticking point for me when picking out helmets. I have a thing about being able to see everything very clearly at all times while I'm riding. Unfortunately, since I'm a huge poindexter and have to wear glasses, helmet optics are often either woefully inadequate or straight-up interfere with my vision. Thankfully, the GT-Air II's CNS-1 shield neither disappointed nor interfered. It has a huge field of vision and, thanks to the 3D injection-molding process used in its construction, is bright, sharp, and largely distortion-free. It's also, of course, fitted with a Pinlock EVO system.

The visor is attached to the GT-Air II with a clever base plate system that allows for quick and easy shield swapping. The mounting system clamps the visor shut with powerful springs that provide an air- and waterproof seal. The ratchets are close-set and provide a number of visor positions, including a new "first position" that holds the visor open just a sliver to provide extra ventilation and defogging. I rode super late into the season this year, and that first position saved my bacon numerous times since any helmet I put on fogs up instantly in temps under 50-degrees. I am, as my wife assures me, hot stuff.

Along with the big, clear, external CNS-1 visor, the helmet has an inner drop-down QSV-2 sun shield. Like the external visor, the sun shield is 3D injection-molded and largely distortion-free across its entire area. The sun shield is one of my favorite features of this helmet. It's super handy, makes it so I don't have to carry my prescription sunglasses everywhere, and is tinted just right. My only complaint, and it's kind of a niggly one, is that the externally-mounted slider that controls the sun shield is super counter-intuitive. To lower the shield you have to slide the slider up, and to raise it you have to slide the slider down. I've had this helmet six months or so now and I still get it wrong half the time.

The GT-Air II isn't a smart helmet like SENA's Momentum-series lids, but it was designed for seamless integration with SENA's SRL-2 comms system. Blank plates on the helmet's exterior—on each side and one at the rear—pop off to make room for the comms system's controls, antenna, and other systems while the interior is set up to accept the headphones and mic. You can't really tell that the SENA system is mounted unless you're looking for it since it just blends into the helmet's lines. It's all very slick and subtle and it beats the hell out of having a big old chunk of plastic hanging off your helmet catching the wind all day.

While I have the SRL-2, I haven't mounted it yet (sorry guys!) so I can't speak to its sound quality, utility, or ease of use yet. That said, press ride season is just around the corner, so keep an eye out for that review sometime after the holidays.

Overall, Shoei's GT-Air II is a solid addition to the company's lineup. It's a marked improvement over its predecessor, and its mix of comfort, features, and safety makes it hard for me to really find any fault with it. Like I stated earlier, it's the best helmet I've ever worn by far. It fits my big, dumb head just right, it's super quiet, the aerodynamics provide stability and keep my head from being blown around, I love the ratcheting chin strap, and the drop-down inner sun shield is tha raddest thing. Seriously, I feel like a fighter pilot every time I put on the GT-Air II. I give the D-Air II a solid B+/A- and I'd recommend it to anyone. It's going to be my go-to lid for some time.