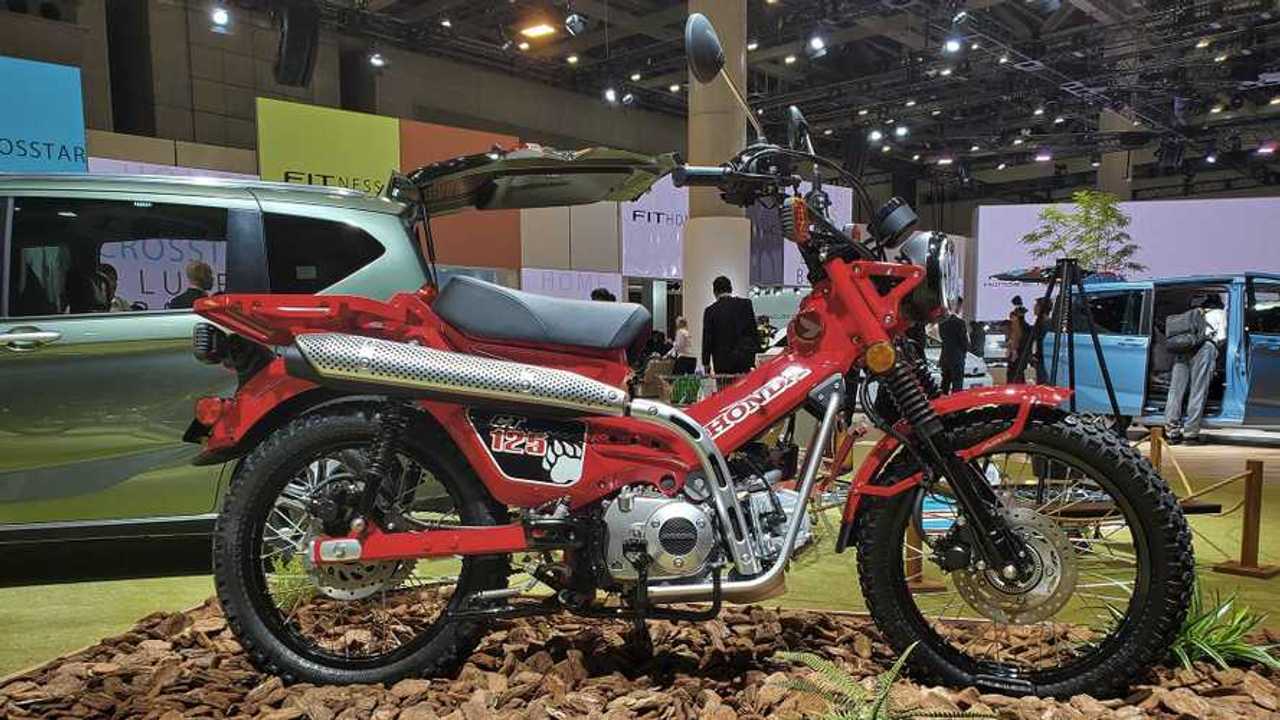 What do we have here?

Honda gave us a peek behind its curtain at the Tokyo Motor Show where it showed a handful of new models and concepts it’s working on. While there’s a lot to look forward to in the Honda lineup, including the new CBR1000RR-R Fireblade and the CRF1100L Africa Twin, there was one concept we hoped would head for production, the CT125. Now, it looks like Honda might be moving ahead with its tiny trail.

The manufacturer has a long history of producing tiny trail bikes based on the Monkey and Cub minibikes. Since 1964, a staggering number of Cub-based trails have been produced as part of the CT series. With the return of the Super Cub in 2019, it was only a matter of time before an off-road version of the best-selling two-wheeler in the world was introduced.

True enough, a very interesting CT125 concept showed up in Tokyo in October 2019. The concept, like the CT before it, was presented as a “scramblerized” version of the Super Cub with a braced handlebar a high-set muffler, a luggage rack, a skid plate, and knobby tires. There was no say, however, whether the company had any intention of adding the model to its lineup.

Honda trademarked two familiar names at the beginning of October that suggest we could see a production version of the CT125 sooner rather than later. On October 1, 2019, the names Trail 125 and Hunter Cub were secured by the company in the U.S.

I say familiar because these are two nameplates that have been used by Honda before. The Hunter Cub was the CT’s moniker used mainly in Japan while “Trail” followed by the displacement number was more widely used in North America. The Trail 125 name suggests that the model being considered here is the CT125, which is based on the Super Cub.

Trademarks usually aren’t a promise but it shows that the company is at least considering making the move. Keep going, Honda, we like where this is going.