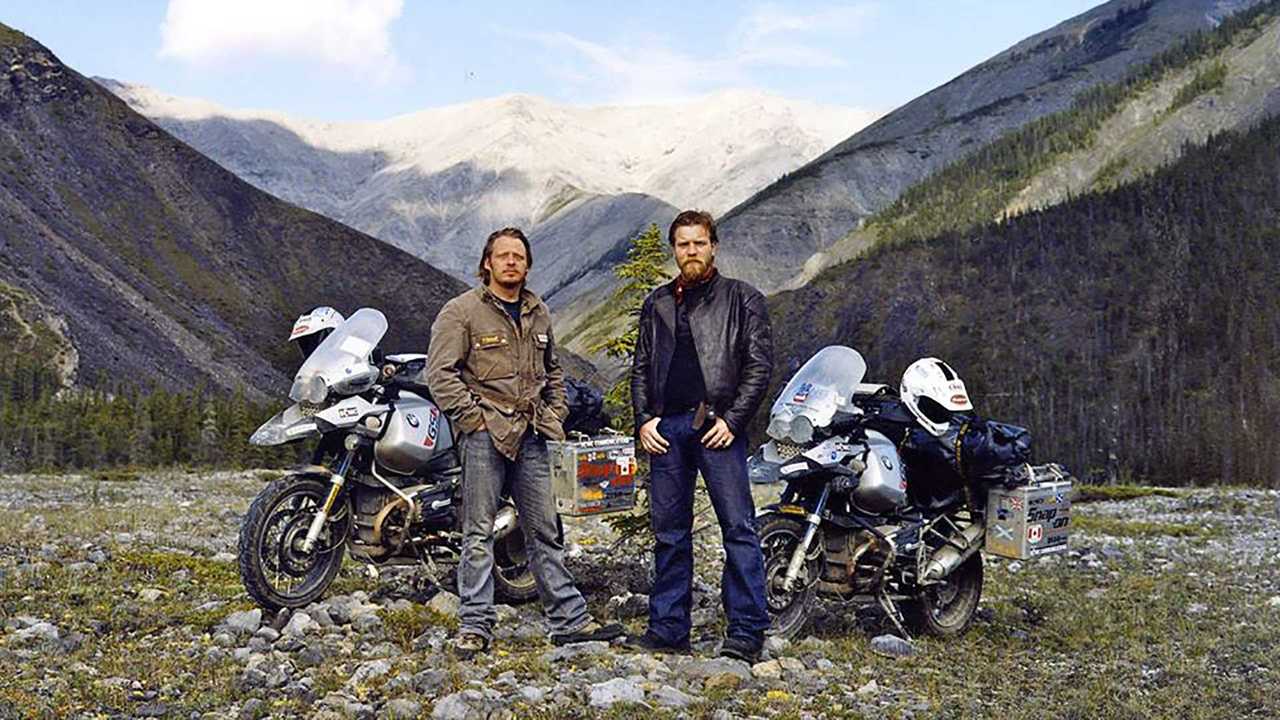 They should be riding the upcoming Pan America adventure bike.

Some people know Ewan McGregor as Obi-Wan Kenobi. We, however, know him and Charley Boorman as adventure motorcycle world travelers thanks to their TV series Long Way Round, Long Way Down, and now Long Way Up. Much to everyone's surprise, the duo has eschewed their traditional BMW adventure bikes for Harley-Davidsons. Not just any Harley, but the LiveWire, Harley's most cutting edge technology. And therein lies the problem.

It was a major coup for Harley to win the honor of providing these motorcycles. In the beginning, back when they were planning Long Way Round, Charley and Ewan had hit up KTM to provide their bikes for the trip. After some deliberation, KTM declined, afraid that they would fail in their journey. So they asked BMW instead. The rest is history. How many thousands of adventure bikes have BMW sold as a direct result of these guys riding them on TV? I'll bet someone at KTM got fired.

Now Harley-Davidson stands to gain the same sort of benefit that BMW did. The problem, though, is that Harley gave them the wrong bike. The LiveWire isn't made for the long-distance adventures they take. Their limited range and long charging time is a weakness of all electric bikes. Just ask Sabrina. They're also not built for the rough conditions these guys typically encounter in their travels. Can you imagine picking up a LiveWire after dropping it in the mud or sand? It weighs 549 pounds, plus all their luggage and equipment on top of that. Now, yes, they're being assisted by a fleet of Rivian electric trucks to keep the batteries charged. Their crew can help pick up the bikes, and aftermarket parts can turn a LiveWire into an ADV bike as easily as they can turn a hardcore dual-sport into a supermoto that seriously tears up pavement. Why go through all this trouble to go electric, though, when Harley is coming out with a true ADV bike of their own, the Pan America?

It's easy to expect Harley's adventure into the dirt to fail. Look no further than the Yamaha SCR950 for proof that you just can't make an effective dirt-capable motorcycle out of a cruiser (the Bolt). I'd genuinely like to see Harley succeed here, though. While older riders prefer their traditional cruisers, many middle-aged riders, myself included, are spending our midlife crises attempting to imitate Charley and Ewan's exploits on an ADV bike. We're the perfect demographic for this because unlike younger riders who can't afford a $30,000 electric bike, middle-aged riders often have some money, and we're already buying ADV bikes anyway. If Harley can build a competent ADV, they could certainly steal a piece of the ADV pie for themselves, which they desperately need as their older riders age out of motorcycling. While all we've seen so far is a prototype of the Pan America, so far it looks rather promising.

Now, imagine the marketing success for the Pan America if Harley could brag that it was the bike that Charley and Ewan rode in Long Way Up. This, alone, would put it on equal footing with BMW's well-established ADV bikes, at least in the eyes of the public. The amount of publicity and, more importantly, the credibility that Harley-Davidson would get would be worth many times the cost of putting a few early Pan Americas into their hands.

Instead, though, they gave them the LiveWire. We like the LiveWire, and despite the temporary halt in production, the issue that caused it only actually occurred on one bike. No one, however, is going to go buy a LiveWire because Charley and Ewan rode them from the tip of South America to the US. They're not set up for adventure riding, and nobody except them has a small fleet of trucks following them to keep the bike charged. In other words, no one except Charley and Ewan can do what they're doing, eliminating any marketing advantage this may have given Harley. The Pan America, on the other hand, would've been a grand slam if it turns out to be the ADV bike Harley wants it to be.

I guess we'll have to wait until the Pan America enters production next year to see if it has real off-road chops, without Charley and Ewan's help.