Give Your Scooter A Little Boost With This Small Engine Supercharger 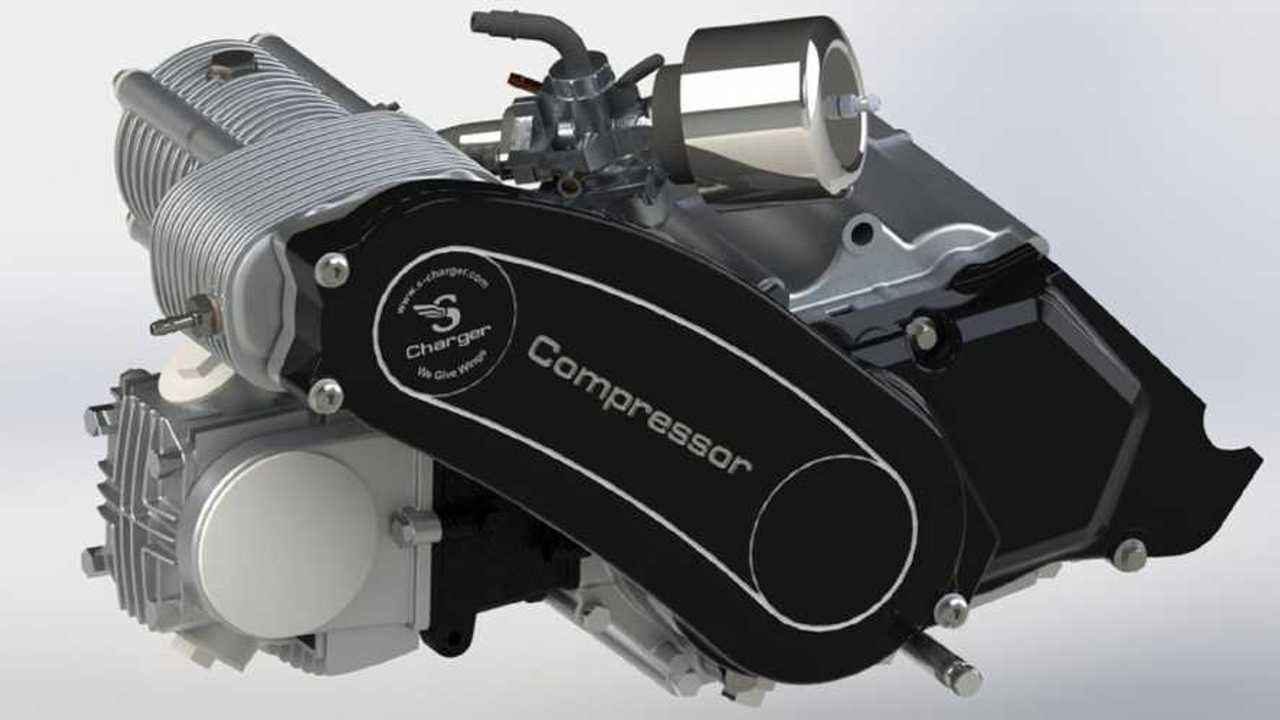 Blow hard on the boulevard.

If you find yourself frustrated by the throttle response and power of your 50cc engine we have good news for you: Nextar Consultant Inc (NCI) offers a bolt-on supercharger kit for small-displacement engines. The company says their blower is good for 50-125cc engines, and to prove the case, built a custom Honda Z50 minibike equipped with the custom supercharger.

The Z50 build looks tough, and the kits are relatively inexpensive at $500 for the simple version and $700 for the monkey bike unit. NCI claims they were able to slash 6 seconds off the 0-50 mph time for the Z50, which is impressive.

Anytime you force a whole lot of extra air into an engine you need to match it with fuel, and the spec sheet is a little unclear on how NCI expects you to achieve that. The kit for the Z50 comes with another set of jets for that bike’s carbs, as well as the drive belt, pulleys, and drive belt cover. Adding this supercharger to another bike means having to source/fabricate your own drive mechanisms and sort out your own tuning. NCI advises adding a temperature gauge because they note that the supercharger can cause the engine to overheat.

The kit is designed to work on any four-stroke engine and is designed primarily for 50cc engines. According to the blower’s technical files, It can be bolted onto most engines up to 125 ccs. However, the drive and management system is all mechanical, so it will work best with carbureted bikes.

Unless you have a Z50, this supercharger is going to be complicated rig to install, but if you’ve got the time and energy it could be a fun way to bump up the fun factor for your small-displacement bike. There are easier, better, and probably cheaper ways to do it, but it’s fair to say most people trying to boost power on their scooter or Ruckus aren’t following the beaten path.

If you’re in the hunt for a way to add a bit more oomph and a little bit more intrigue to your scooter, check these kits out.