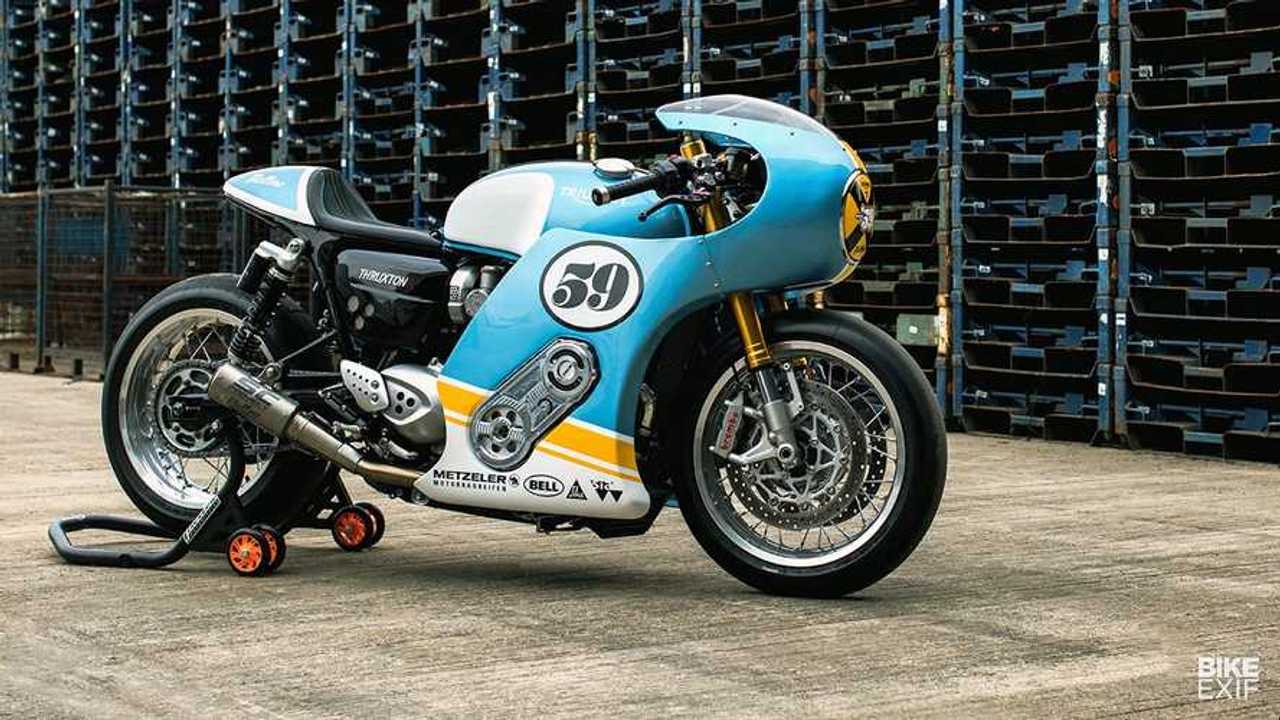 Events that celebrate speed are the most fun events don’t you think? The Sultans of Sprint celebrates not only speed but style. It’s a race that takes fastest time and best design into account. You can’t win on a boring, stock bike, and that’s where this customized and heavily modified Triumph Thruxton R comes in.

This year’s Sultans of Sprint happened at the end of June in Monthlery, France. One of the participants was this gorgeous Triumph build from German custom shop Mellow Motorcycles. Once again, these photos come courtesy of BikeEXIF’s spectacular photography (and there are more on their site).

This twin-cylinder, water-cooled build, dubbed “Phantom Blaze,” has a compact supercharger plumbed into it which delivers up to 10psi of boost. Along with that, the bike needed bigger injectors and beefier pistons to survive the extra power, as well as an extra oil cooler to help the bike’s radiator.

A larger exhaust system and a fully custom muffler handle the bike’s output and everything is managed by a custom ECU. Stock, the Thruxton delivers a not-shabby 96hp to the rear wheel. This modded bike puts out 147hp.

To handle the power this bike puts down without repeated power wheelies, the folks at Mellow fabricated an entirely new swingarm that looks just like stock, but is stronger and 3.3 inches longer. The rear is re-sprung with Wilbers shocks, the front is lowered, and the clutch is reinforced.

The bike has sports a fully hand-built metal fairing which took over 300 man hours to create. The gorgeous paint job and matching seat and tail all come together to harken back to celebrate the launch of Triumph’s Bonneville, in the “Spirit of ‘59.”

The bike came in third in the Sultans of Sprint, but–get this–the teams won extra points for the bike’s style and also for partying late into the night, so the bike and its team now sit in first place.

It’s a race series, though, and the next one is at the Circuit de Spa, so if this sounds like fun to you, follow the team on their social media platforms, and if you’re in Europe, go see these guys race! What a hoot!