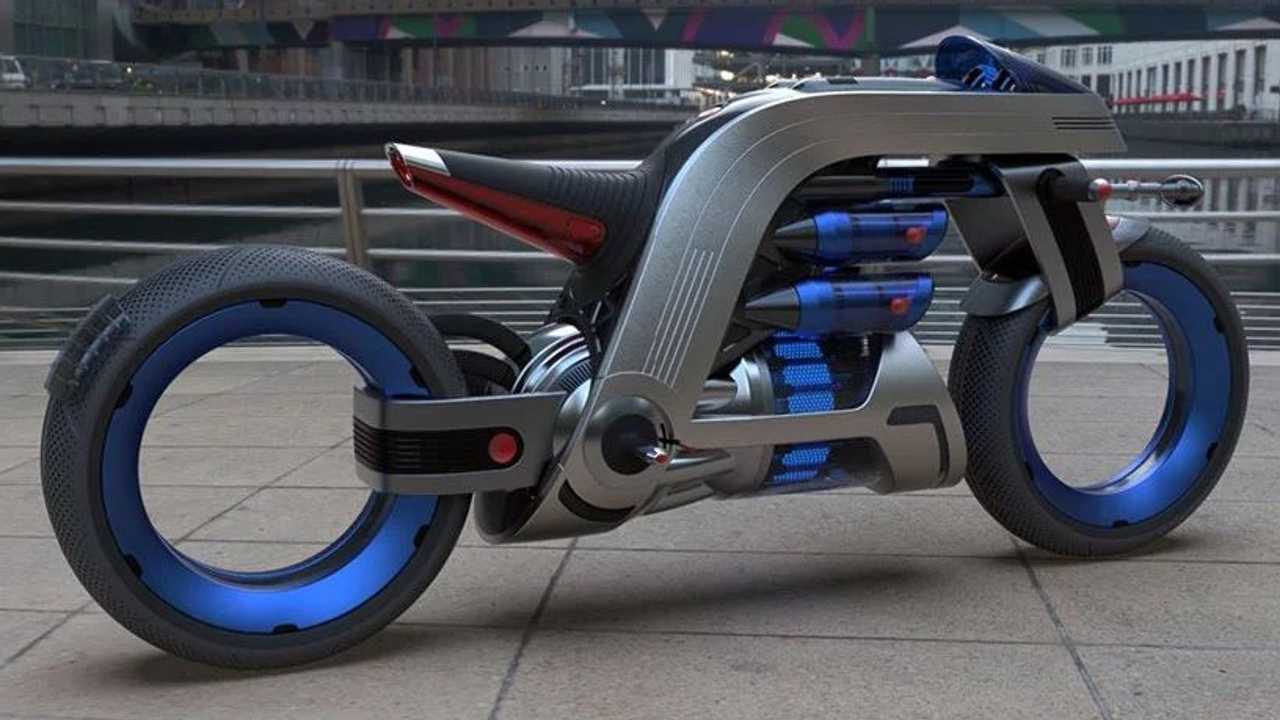 Electric motorcycles present a unique opportunity for today’s designers. Untethered from the restrictions of conventional motorcycle requirements, designers can rearrange configurations to suit their unique visions. Saharudin Busri, a Malaysian industrial designer, took full advantage of this creative freedom when he drafted an electric concept based on Dyson’s line of products.

Like Dyson’s products, Busri’s concept pairs neo-futurist design with saturated accents. The brushed aluminum/cobalt blue motor takes after the V11 Torque Drive cordless vacuum. With a name like that, one could easily confuse the vacuum for a sports car, but if the concept’s motor spins anything close to the 125,000 rpm the V11 reaches, it would certainly be more than a handful.

Along with the electric mill, the concept’s hubless wheels borrow from Dyson’s Air Multiplier bladeless fan, though we doubt the wheels would use the company’s patented airflow technology for power delivery. To complete the chassis, a swingarm connects to the frame by a gyroscopic ball, similar to Dyson’s D65 vacuum. While Dyson claims that “ball technology” is great “for easy steering”, we’re skeptical if a pivot point in the rear would be advantageous or downright dangerous.

In a swooping act of unification, the single-piece frame ties all the Dyson influences together and adds an air of sophistication to the concept. Though the design clearly favors style over substance, Busri didn’t forget to integrate the headlight into three slits below the windshield and tuck the brake lights under the tail section.

Aside from Dyson’s Air Multiplier reaching 10 years of production in 2019, we doubt production is the impetus for developing this design as it looks practically unrideable. We’d understand if Busri is a big fan of Dyson products, but with a plank seat, a total lack of suspension, and the handlebars so far down the forks, he sure isn’t a fan of motorcycle ergonomics.

Yes, it looks like something out of a Brookstone catalog. No, you probably won’t see Busri’s Dyson concept on the road anytime soon⁠—at least in its current form⁠—but it is another example of the creative possibilities electric motorcycles present in this day and age.