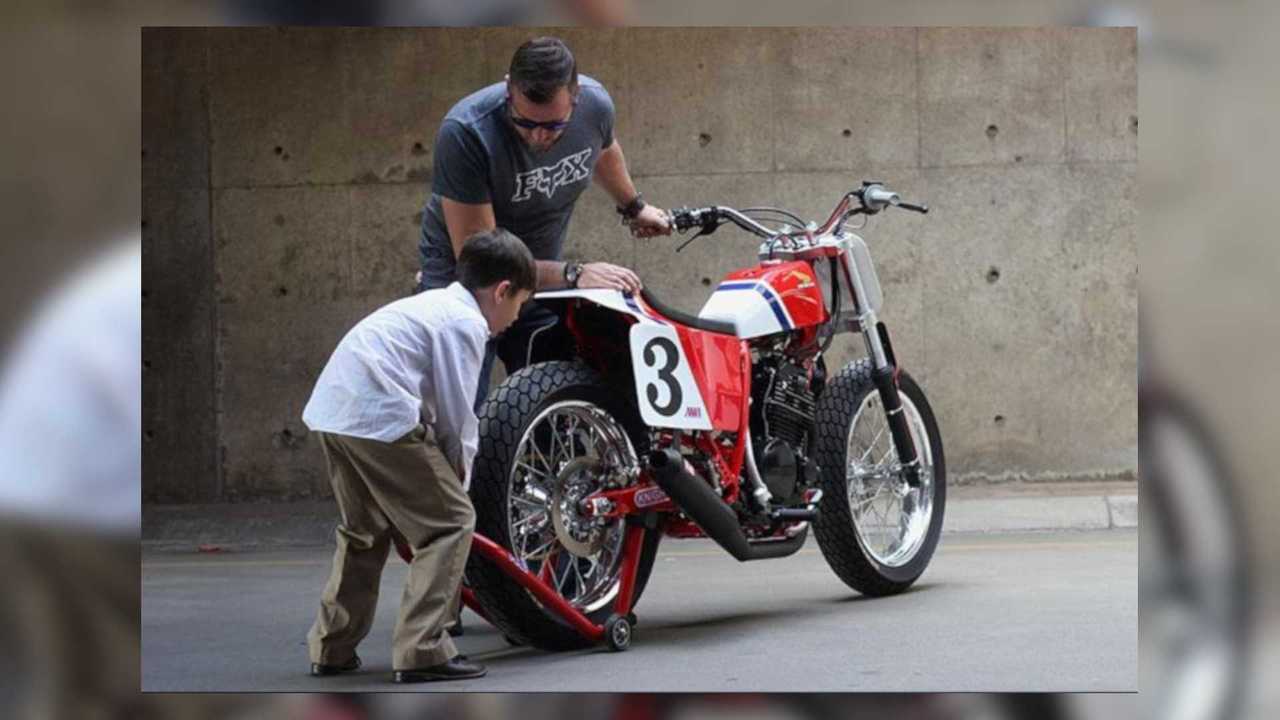 It may clean up nice, but it isn't afraid to get dirty.

Everyone has That Bike. You know, the one where as soon as you see it, you’ll stop at nothing to own one someday? That’s the one. Little things like money and rarity are hurdles, but they’re not always insurmountable. After all, many of us honed our optimism about That Thing to a very fine point when we were kids. We learned to maintain some small semblance of calm, since we had to wait until we’d saved enough money to get whichever Thing we’d set our sights on.

Things get a bit more complicated if That Thing is a particularly rare motorbike. First of all, you have to decide why you want it. If you want it simply because it’s rare, that’s entirely different from wanting it because you admire its technical specifications. Johannesburg local Justin Steyn decided that he wanted a Honda RS600—of which there are incredibly few examples still left in the world. So instead, he built a gorgeous replica.

The real RS600, BikeEXIF wrote, was never a production model. It was meant to be a smaller sibling to the RS750, and consisted of a works HRC XR600R engine stuffed inside a Knight Racing frame. If you can find those frames now, they’re quite pricey—so instead, Steyn opted for a 1998 Honda XR600R that he found and then went to work on.

Suspension work, improving the carburetor, and gradually fining down the cosmetic aspects to get it in line with how he thought it should look were Steyn’s main concerns. He wanted to be able to both race it and use it as “a cheeky bread ‘n milk runner,” and you can see that reflected in the final product.

For painstaking details on the build, as well as a selection of gorgeous photos, check out the BikeEXIF writeup. It’s done incredibly well in local races so far, but at least the competition has something nice to look at as Steyn zooms up ahead of them.