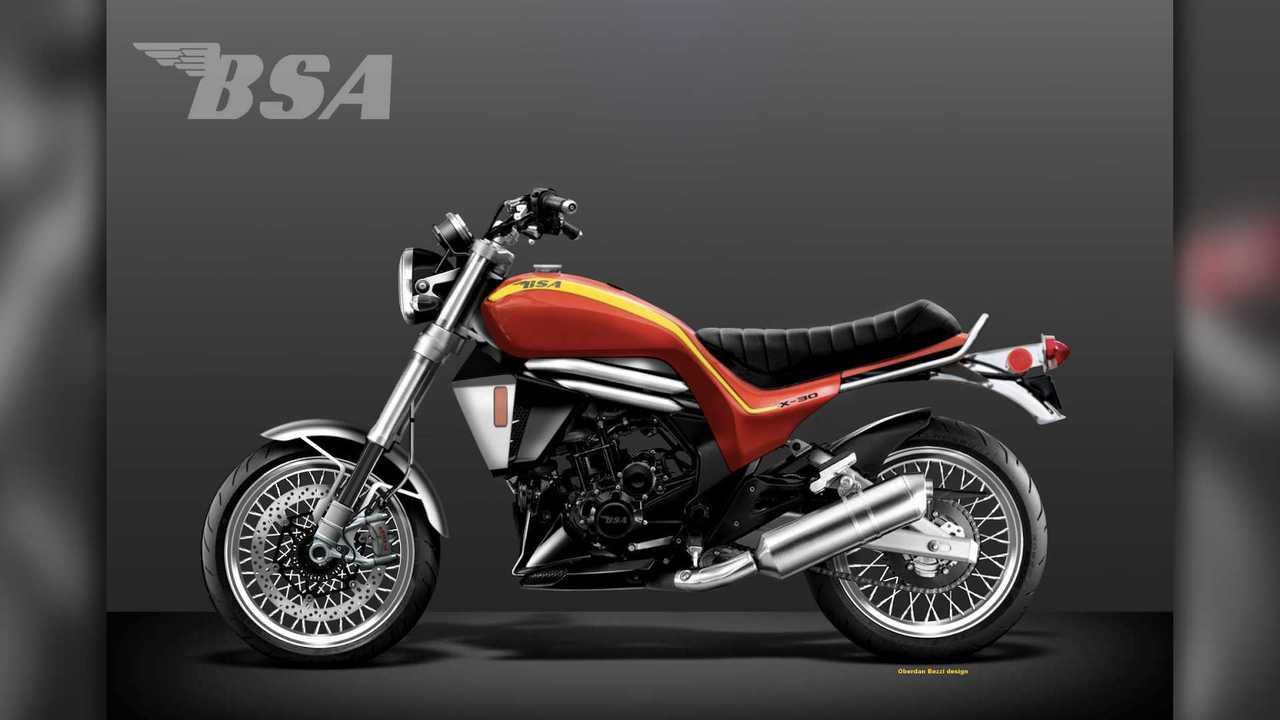 Yet another awesome render.

Jawa has been having a hard time meeting the expectations. The company is a victim of its own success and seems a little delusional about how it should address the issue. From an exterior point of view, it seems like the company is putting a lot of efforts in all the wrong places. It is further expanding its dealers' network and investing in a wonky and frustrating tool meant to help help its customers waiting for a bike. The next logical step is obviously to launch a new brand, no? Focusing on ramping up production and improving the deadlines seems to rank low on the list of priorities. Jawa belongs to the Mahindra automotive group, that announced the return of Yezdi, yet another motorcycle brand. This sparked the rumor that the mother brand could eventually breathe new life into BSA—which it owns as well. This prompted our favorite designer, Oberdan Bezzi to imagine what a modern-day BSA would look like.

He explains that his design isn’t inspired by a “classic” BSA silhouette. Instead, he instead decided to base his render on the 1973 BSA X-75 Hurricane—actually released in the Triumph portfolio instead after BSA closed its doors.

The model powered by a big-bore triple was actually designed a decade earlier and could have pulled the carpet from under the Honda CB750 Four’s wheels had Triumph and BSA made a move when the design was first presented to them. Instead, refusing to believe that the rumors of a big bore superbike were true, they kicked back and maintained a comfortable cruising speed. The design was handed over to Ogle—the company behind the “toast warmer”.

The early iterations of the future model—dubbed Rocket 3 at BSA’s and Trident at Triumph’s—disappointed the masses, despite the Rocket 3 setting a number of records. The Brits were no match for the Japanese wonder bike. The British models were more basic and much more expensive.

BSA’s vice-president of US operations took matters in his own hands and had the model reworked. While not exactly “pretty” by contemporary standards, the bike got the go-ahead and rolled out of production in limited numbers sporting the X 75 Hurricane moniker. The model wasn’t exactly a commercial success even after the American overhaul and after only a year on the market, the X 75 was pulled from the Triumph lineup.

Interestingly, this is the bike Bezzi decided to work with for his imagined BSA revival. His design adopts a single cylinder block instead of the original Hurricane’s striking triple—a logical choice of layout for the Indian company.  He dubbed his render X 30 Hurricane, possibly a hint at what would be a 300cc displacement—also a more realistic choice of engine size for the target market.

Of course, this is the work of an admittedly cool designer that has nothing to do with the company itself. But considering all BSAs are now 50 years old and more, so his art allows us to imagine what a modern BSA would look like. What do you think?