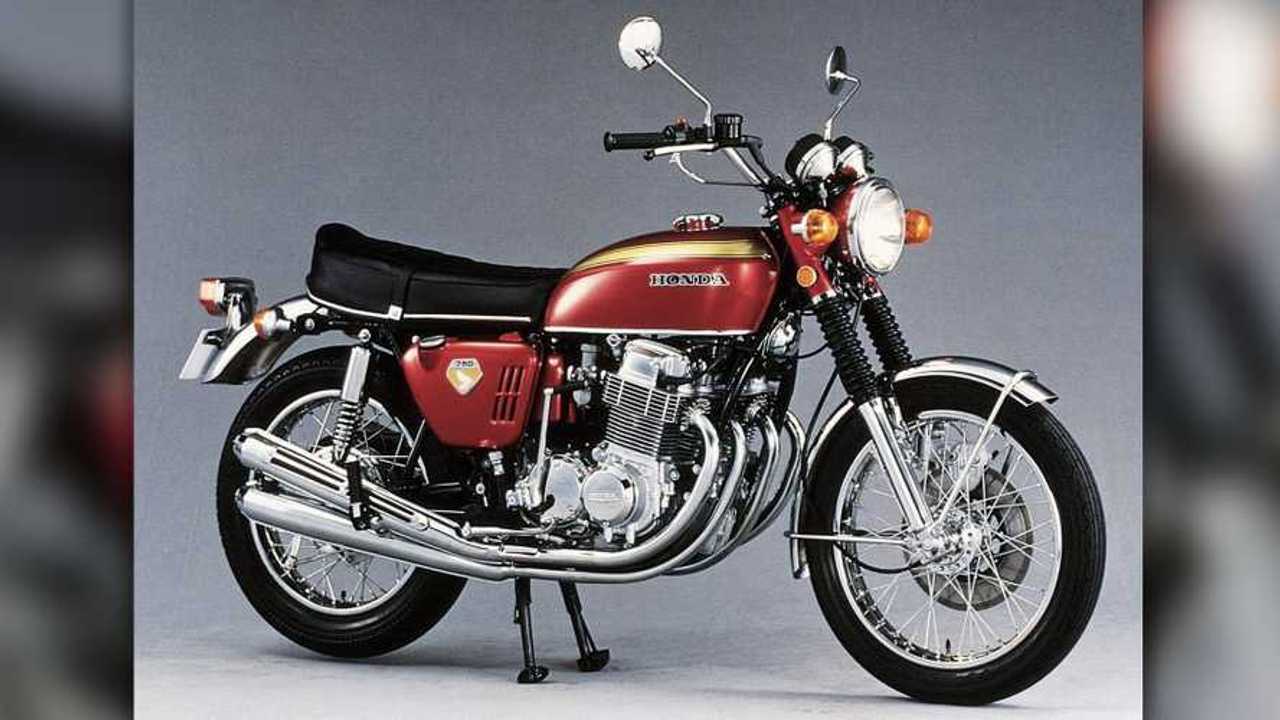 50 years and not a single grey hair.

In the 21st Century, the concept of the “superbike” is one we are accustomed to. It’s been part of the motorcycle landscape for long enough for us to forget that only half a century ago, just like countries entered a race to the Moon, motorcycle manufacturers entered the race to the superbike. The segment has come a long way since its inception in the 70s and the superbikes from the olden days seemingly have nothing to do with what we now refer to as a superbike. Or do they? This year, the superbike turns 50 and along with it, the model that started it all. Happy birthday CB750! Here’s a look at how it all started.

Motorsports and the motorcycle industry have been tightly intertwined since the dawn of the two-wheeler and for as long as people have been wanting to test the limits of their vehicles. The symbiosis between the two worlds has given birth to some truly unique and history-altering ideas. Racing became a bit of a cradle for the development of new technologies and new powertrains—whatever survived the hardships of the track was good-enough for everyday life.

The relationship between track and street became even more important in the 60s. By then, the United States was the most important motorcycle market, so when Americans started demanding bigger, faster, meaner bikes, manufacturers turned to their experience of the track for answers.

At the time, “big motorcycles” referred to what are now our modern mid-ranges, with 450 and 500cc engines then considered monster machines. The top series in the motorcycle Grand Prix was the 500 and designing bigger engines sounded like a ludicrous feat of technology. With thousands of miles of road to cover, however, American riders needed bikes that could go the distance at a decent pace and 450s didn't cut it. They needed more power to cover more ground, forcing the Big Four to push their designs further and to make bolder choices. Honda and Kawasaki were the first two companies to answer the call of the Americans.

Legend has it that American Honda service training program's manager Bob Hansen had met with Soichiro Honda himself and told him that Honda needed a four, not a twin, to measure up to Triumph and BSA. While this is widely accepted as a slightly exaggerated/romanticized myth, the more plausible scenario gives credit to Honda senior engineer Yoshira Harada. While on a tour in the US in 1967 to encourage dealers to push the then all-new CB450, Harada was overwhelmingly convinced by the Americans that they needed something bigger and bolder.

That's when the word started spreading that Honda had perfected a 750-cc inline-four engine—seemingly whipped into action by the rumor that Triumph was just about ready to launch a 750cc triple. Competitors paid little to no attention to the gossip and dismissed the possibility that the rumor had any truth to it: actually producing the engine was likely to be too complex and the resulting bike would be too heavy. Kawasaki, then working on on a 750cc triple and a one-liter inline four of its own thought nothing of it. In fact, the company was paving the way for the H1 Mach III, a late reply to Honda’s 1965 CB450.

Then the 1968 Tokyo Motorcycle Rolled in and changed motorcycle history forever. Honda took everyone by surprise with the introduction of the CB750 Four. The model was revolutionary. It introduced an inline four mill fitted with four carburetors, four exhaust pipes and mufflers, a five-speed gearbox, an electric starter, and for the first time on a production bike, a hydraulic front disc brake.

The model hit the US dealers in January 1969 and became an overnight sensation. Sales busted the initial conservative forecast of 1,500 units in the first year by pushing Honda to roll out as many as 3,000 units a month. The popularity of the 750 even prompted the AMA to review its regulations to accommodate the bigger displacement for the 1970 racing season. That year, Bob Hansen's team won the Daytona 200 on the track-prepared CR750 with Dick Mann in the saddle.

The introduction of the Four created tsunami-like ripples on the market and initiated a domino effect. The same year Honda launched the CB750, Triumph introduced the Trident—the rumored triple the company was sitting on, content with the sales of the Bonneville. Kawasaki stayed on target and launched the 500cc Mach III in ‘69, followed by the 750-cc H2 Mach IV in 1971 and the one-liter inline-four Z1 in ‘72. Suzuki retaliated with the 1972 GT750 Le Mans, dubbed the Water Buffalo, the first Japanese to use water cooling. Yamaha also joined the party in 1972 with the short-lived and disastrous TX750.

The CB750 remained part of the Honda lineup for over 30 years, adopting the moniker Nighthawk during the 80s. By then, the model’s explosive arrival on the market had slowed down. The manufacturer tried one-upping itself by introducing the inline-six CBX1000 but failed to recreate the hype of its original superbike. The CB750 Nighthawk was eventually discontinued in 2003.

While a number of variations of the Honda CB series have been offered on the market since the late 60s big bang, none have had the impact of the CB750 Four that truly revolutionized the industry, pulled the carpet from under Triumph and Kawasaki’s wheels and became the first motorcycle deserving of the title of superbike.