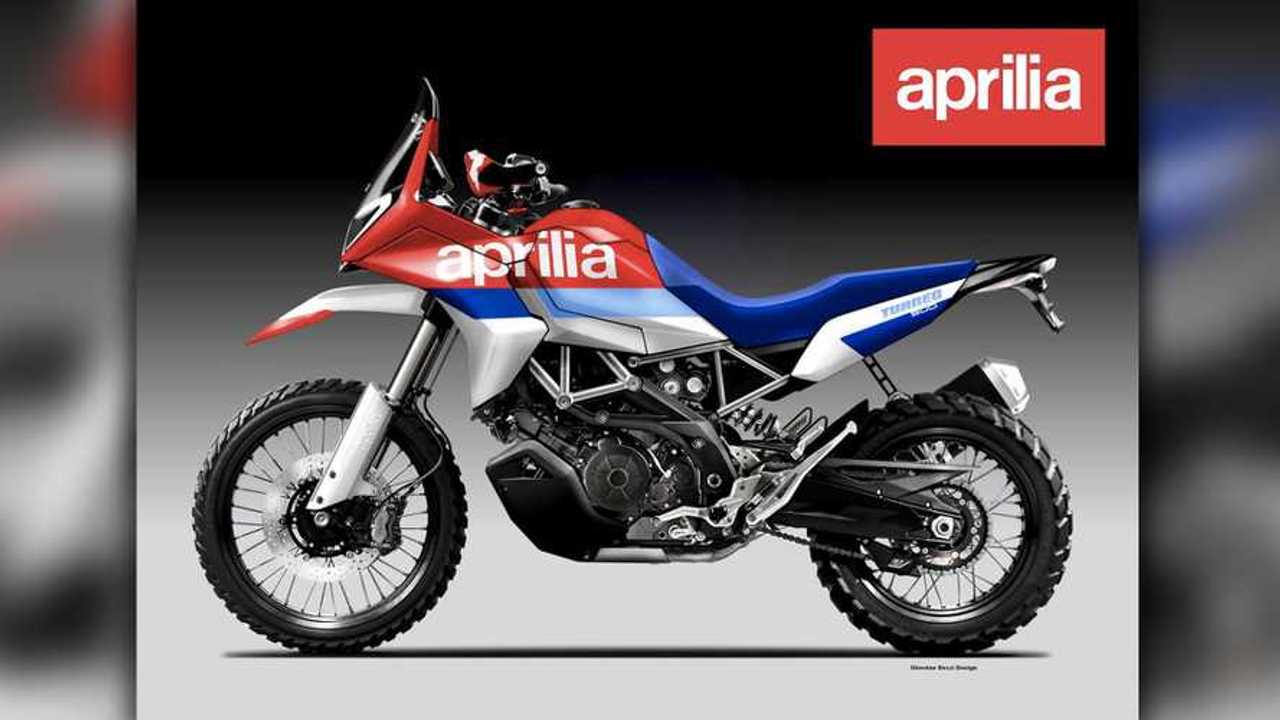 The beauty of digital renders like the ones artist Oberdan Bezzi comes up with is that they put into image things we can only try to imagine. Bezzi himself is behind some of the most popular renders of familiar motorcycles, some of them modified to fulfill fantasies we didn’t know we had. In a certain way, he’s a digital bike customizer and we never get enough of his work. Some of his more recent work gives Aprilia back a bit of its spirit of adventure.

Bike Designs To Keep Us Drooling:

Two of his recent renders give us an idea of what a modern-day Aprilia Tuareg would look like. The model was part of the Aprilia lineup for a little under a decade from the mid-80s to the mid-90s and available in a variety of displacements from 50 and 125 two-strokes to 600 four-strokes. If you were to guess that the model was then inspired by the Paris-Dakar fever, you’d be pretty much on the spot—not that a name like “Tuareg” is a bit of a giveaway.

When we look at Aprilia’s modern-day line up, however, it pretty much is a sportbikes galore, from the fully-faired RSV4 to the Dorsoduro supermotard. Aprilia has lost its spirit of adventure. That could hopefully be about to change—or so goes a rumor that’s been making the rounds for almost a decade now that suggests that Aprilia is bringing the Tuareg back. Fuel was added to the fire this past EICMA when the manufacturer hinted between the lines that the enduro model could be in the works.

This time, the rumor suggests the returning model is being developed alongside a production-version of the RS 660 Concept the firm showed in Milan back in November—yet another sporty silhouette. The possible new Tuareg would be based off the Shiver 900, which would pit it against such competitors as the BMW F 850 GS, Yamaha Ténéré 700, KTM 790 Adventure, and even the rumored Honda Africa Twin 850.

Bezzi came up with two designs—what could be considered a standard red and silver version, and a special, heritage edition clad in a red, white, and blue livery. Should Aprilia seriously be considering reintroducing the Tuareg, we whole-heartedly support that decision.