All shapes and sizes.

It’s no secret that Moto Guzzi plans on putting its 853cc mill to good use. The engine was introduced at the core of the all-new Stelvio replacement, the V85 TT. As soon as the new model showed its colors, the chief of two-wheel product development for the Piaggio Group confirmed the twin would soon find other applications. While we’re still waiting to see what direction the manufacturer will take with its successful adventurer, some creative minds out there are already hard at work imagining what a new V85 would look like. 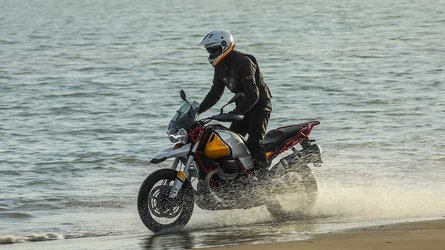 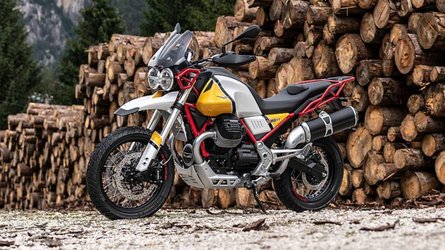 There has since been no word on the possible development of a new Goose—by “no word”, I really mean no rumor or documents recently filed hinting at a new model. This hasn’t kept a number of digital artists to show off their rendition of a V85 variant, including of course our favorite guy, Oberdan Bezzi. The folks at Moto Station seem to like renders as much as we do and have rounded up a few designs that re-imagined the V85.

Bezzi went down the Le Mans path with a sexy, café racer-inspired design, gravitating of course around Moto Guzzi’s striking transversal V-twin.  The digital render combines modern lines with the usual classic elements such as the clip ons and the rounded cowl. Another user suggested instead a roadster version of the V85 à la SV650, giving the model a standard naked silhouette. Finally, the folks at Old School Garage in Trieste, Italy, stuck to the off-roading/adventure personality of the V85 by turning it into a modern-day scrambler.

All three designs have obviously been created for fun. As far as we know, we remain without a clue as to what a future V85 Street would look like.

The V85 TT is Moto Guzzi’s new golden child—the well-priced, well-groomed, and well-rounded model has been selling like hot cakes. Considering the model’s success and that developing a new engine to be used in only one motorcycle seems  a bit silly, it makes perfect sense for the manufacturer to want to make the most of its new powertrain.

Piaggio chief of product displacement Antonio Cappellini told the Italian media that the next version up would be a street-focused V85. And for now, that’s all the company has been willing to share. What version of the V85 would you like to see Moto Guzzi come up with?