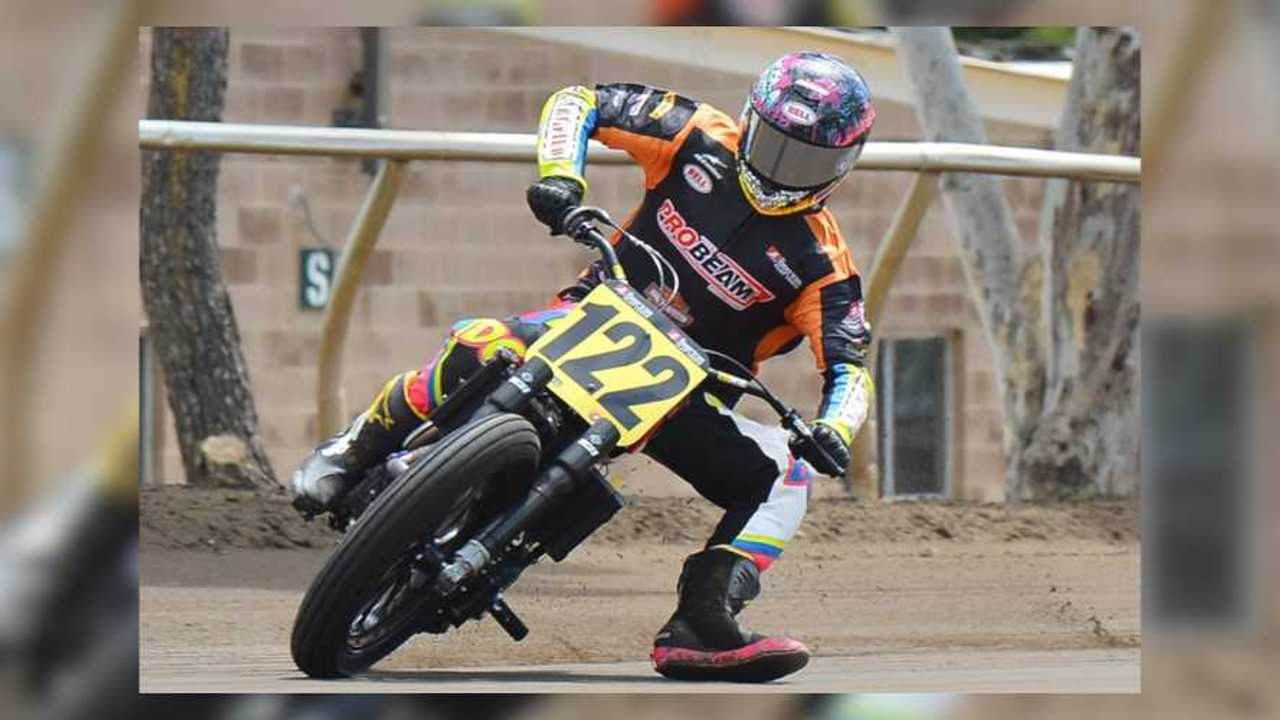 His second-ever race aboard the production twin was first-class.

At just 20 years of age, American Flat Track racer Dalton Gauthier has already been racing for over three quarters of his life—and it shows. In just his second-ever race on a Black Hills Harley-Davidson XG750R, Gauthier won his first ever Production Twins event. He’s already the AFT Singles points leader in the 2019 season.

Amazingly, Gauthier didn’t just win this event—which was also a first for the factory-supported XG750R—he dominated it. He won after taking a commanding two-second lead by turn three, after starting from second. Gauthier made a fantastic start, and went the whole race without being challenged.

“The whole Vance & Hines crew, everybody at Harley and Black Hills Harley-Davidson put me on this awesome motorcycle,” Gauthier said, according to Thunder Press. “This bike was working so good tonight. I couldn’t believe it.”

“Right from the first lap in the Main I knew it was going to be a good one. I got off to a good start, just like I wanted. I passed Cory [Texter] around the outside of Turn three and just set sail. I just did consistent laps and tried to do my own race. I looked back halfway through the race and nobody was there, so I was like, ‘Sweet,’” he concluded.

There are 11 events in the Production Twins championship, of which Gauthier has ridden in four. He’s currently fifth in the championship points, and is within 11 points of third. It’s mathematically possible for him to win the championship if he continues racing at this level.

Gauthier has been racing professionally since 2015, but sat out for two years following an AMA Pro suspension after violating the organization’s substance abuse policy in 2017. Now, he’s back, and has his eyes on the prize.

According to Cycle News, the one thing most people comment on upon seeing Gauthier race is his incredible feel for whatever bike he’s on. Gauthier himself credits his having grown up racing on many different tracks, and just having such a huge body of racing experience as one of the main reasons he’s so competitive across different surfaces and machines.