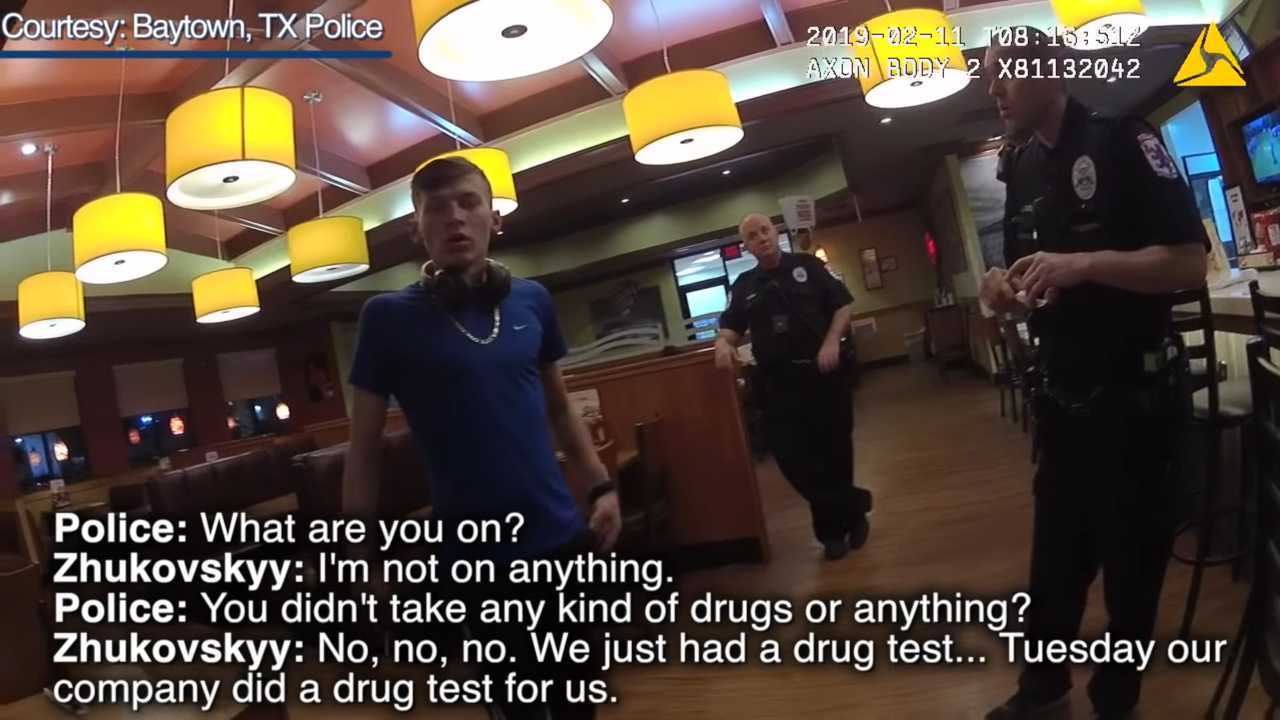 An official report says he was incapable of safe vehicle operation.

The more we learn about the driver charged with seven counts of negligent homicide in the deaths of seven members of the Jarhead Motorcycle Club, the more disturbing the news gets. If you’ve been keeping up with the story, you’re no doubt aware that he had a documented history of DUI, traffic, and drug violations across state lines.

Watch This Trucker Help a Stranded Rider on a Busy Freeway

The Code of the Truck - A Responsibility to Your Fellow Rider

With that in mind, it’s probably not a surprise that a report from the Federal Motor Carrier Safety Administration found that Volodymyr Zhukovskyy tested positive for an as-yet unnamed drug.  The unknown substance reportedly made him “incapable of safe operation” while he was, in fact, operating his truck. There’s an additional line in the official report that says he “claimed to have been reaching for a beverage on the passenger side of the vehicle,” according to the Boston Herald.

So far, two lawsuits have been filed by people directly harmed by Zhukovskyy’s alleged negligence—Joshua Morin and Mary Lou Welch.

Morin, a JMC member from Dalton, Massachusetts, filed a civil lawsuit in Hampden County Superior Court in Springfield, MA,. at the end of July. Both Morin and his wife Joyann are joint plaintiffs in the suit against both Zhukovskyy and his employer, Westfield Transport, reported the New Hampshire Union Leader. Morin was seriously injured in the crash and remains hospitalized.

The second lawsuit was filed by Mary Lou Welch, surviving common-law wife of JMC founding member Albert “Woody” Mazza. Welch filed a civil lawsuit on Friday in Strafford County Superior Court, according to the Union Leader. She is suing Westfield Transport, the trucking company for which Zhukovskyy was driving at the time of the homicides, for negligence in hiring him.

Mazza, as president of the JMC, usually rode at the front of the group. Both Welch and Joyann Morin were in a car that was behind the group of motorcyclists. According to the Union Leader, Welch attempted to get to Mazza after she saw trees on fire and motorcycle debris everywhere following the crash, but someone held her back. Mazza died at the scene, before help could arrive.

Westfield Transport, meanwhile, has reportedly shut down and completely ceased operations in the wake of the crash. Massachusetts Attorney General Maura Healey announced an investigation into the company following Zhukovskyy’s deadly crash. In July, news organizations attempting to reach out to Westfield were informed that the company “does not exist anymore,” reported CDL Life.