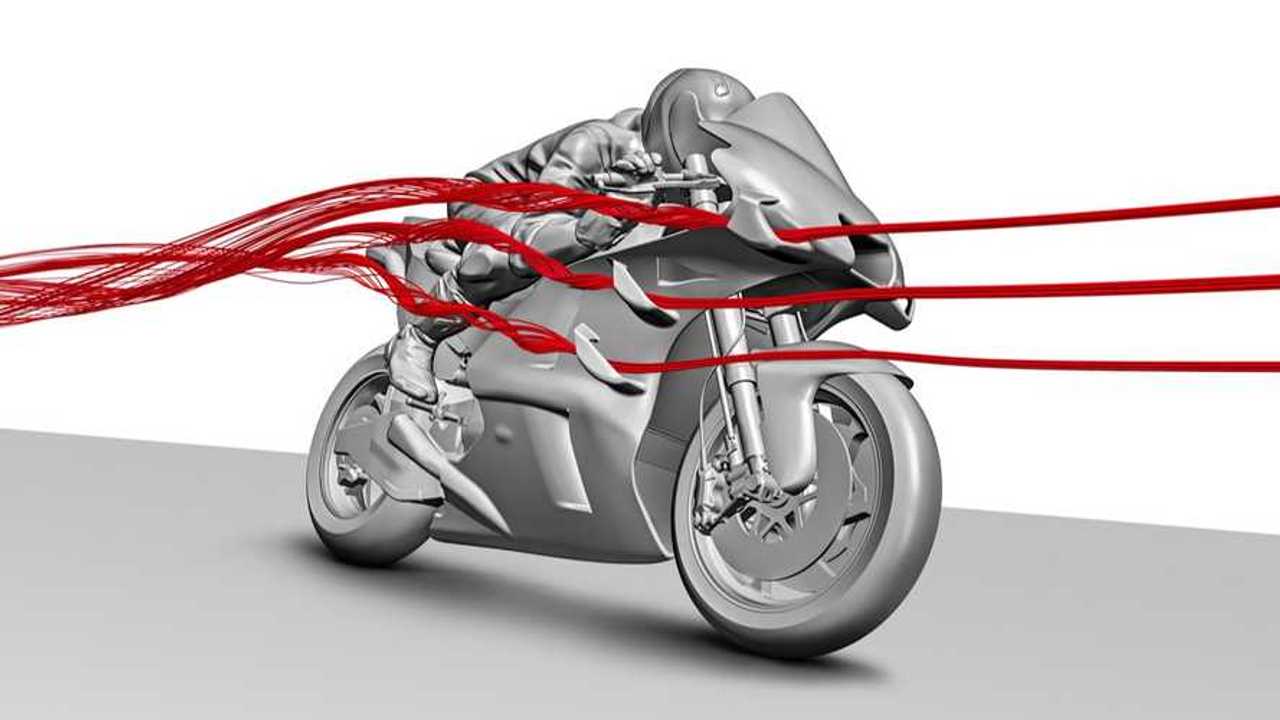 Back in May 2019, Kate talked about the Ducati Museum’s new aerodynamics exhibition, called “The Anatomy of Speed.” It started in May and will run through October, so if you’ll be in Bologna before it’s over, you should definitely stop by. While going fast on race tracks is certainly a Ducati priority, the company wants to keep advancing technologies in its road bikes, too.

During the exhibition, Motociclismo sat down for an exclusive interview with Ducati Aerodynamics Development Manager Edoardo Lenoci to talk about aerodynamic changes we could soon see in Ducati road bikes.

“Aerodynamics will affect series production, and not just in terms of performance,” Lenoci told Motociclismo. “There is a whole part of the study related to the cooling package and the management of internal flows.”

“Let’s try to understand how to make the radiator work better, for example. Taking advantage of aerodynamics, it will be possible to reduce the radiator size or make a hull with the best efficiency in service of comfort,” Lenoci coyly continued. “All these aspects will favor the creation of solutions that not only improve the aesthetics of the bike, but that will be functional and useful.”

We saw how advanced Ducati’s thinking about aero can be on the racetrack earlier in 2019. In March, no less than four competing MotoGP teams lodged an official complaint against team Mission Winnow Ducati alleging aerodynamic cheating at the Qatar GP. The problem: a tiny winglet attached to the Mission Winnow Ducati swingarms—and more to the point, the fact that Andrea Dovizioso won the race for MW Ducati on one of those very bikes.

It didn’t take long for the MotoGP governing body, the FIM, to investigate and declare both the win and the winglet completely legal. Even if the FIM didn’t decide in their favor, strict aero rules aren’t much of a thing with road bikes. Still, the fact that Ducati did such a good job on aero that it made all those other teams angry enough to file an official complaint? That’s obviously the kind of aero know-how we’d like to see in road bikes, for sure.

No official details are available yet, but don’t be surprised if we see some interesting aero developments when Ducati makes its official 2020 lineup announcement on October 23, 2019.