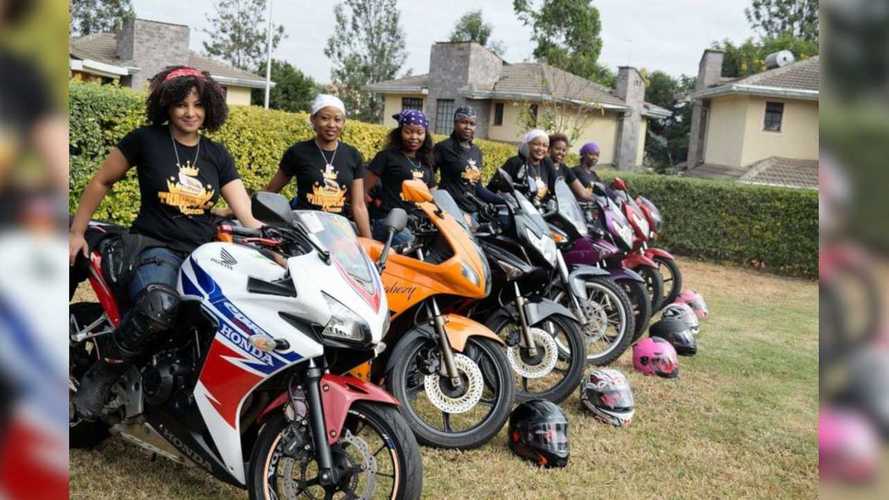 All-woman biker clubs have been forming across Kenya in recent years—because like every other moto enthusiast you know, they’ve fallen in love and can’t imagine their lives without bikes. At least five clubs—including the Throttle Queens, Piki Dada, and the Inked Sisterhood—are now going on group rides and living their best two-wheeled lives together. Photojournalist Katie Cashman is drawing attention to the rise in female motorcyclists with a new photo essay for the BBC.

Women Around The World Love To Ride:

Bikers that Cashman spoke to for her piece come from all different professions, including a microbiologist, a lawyer, a social worker, a farmer—and the list goes on. Apart from geography, it’s the love of bikes that brought these riders together. It’s the kind of story echoed around the world, and shows how strong moto bonds can be. Some naysayers might make rude comments—but these riders do what any rider you know would probably do, and just keep riding.

Like a lot of motorcyclists, many of these riders took up the sport because they wanted to—and stick with it because they love it, no matter what difficulties may arise. Social worker Amanya Kuchio hated being stuck in traffic for up to six hours every single day. Eventually, she learned to ride, got herself a Hero Karizma ZMR 223cc, and hasn’t looked back since.

“It is very therapeutic, cost effective, and I love zooming past vehicles stuck in traffic and feeling totally liberated,” Kuchio told the BBC. “In addition, the support and unity in the biking community is just amazing."

One of the greatest things about motorcycling is how it brings so many different people together—no matter what other differences we might have—just because we all love this one thing. Local challenges, such as the Nairobi area’s notorious red dirt roads, are nothing that can’t be overcome with a group of fellow riders who know what you’re going through and can help you learn the best way to get through it.

Lawyer Doreen Murang'a offered the BBC this simple, truthful advice, “Life could end at any point, so fear should never stop you. If you want to learn, there is a community here waiting to learn with you, grow with you, ride with you."

Cashman’s photo essay for the BBC is beautiful, but you should also check out the behind-the-scenes photoset she posted on her Instagram: