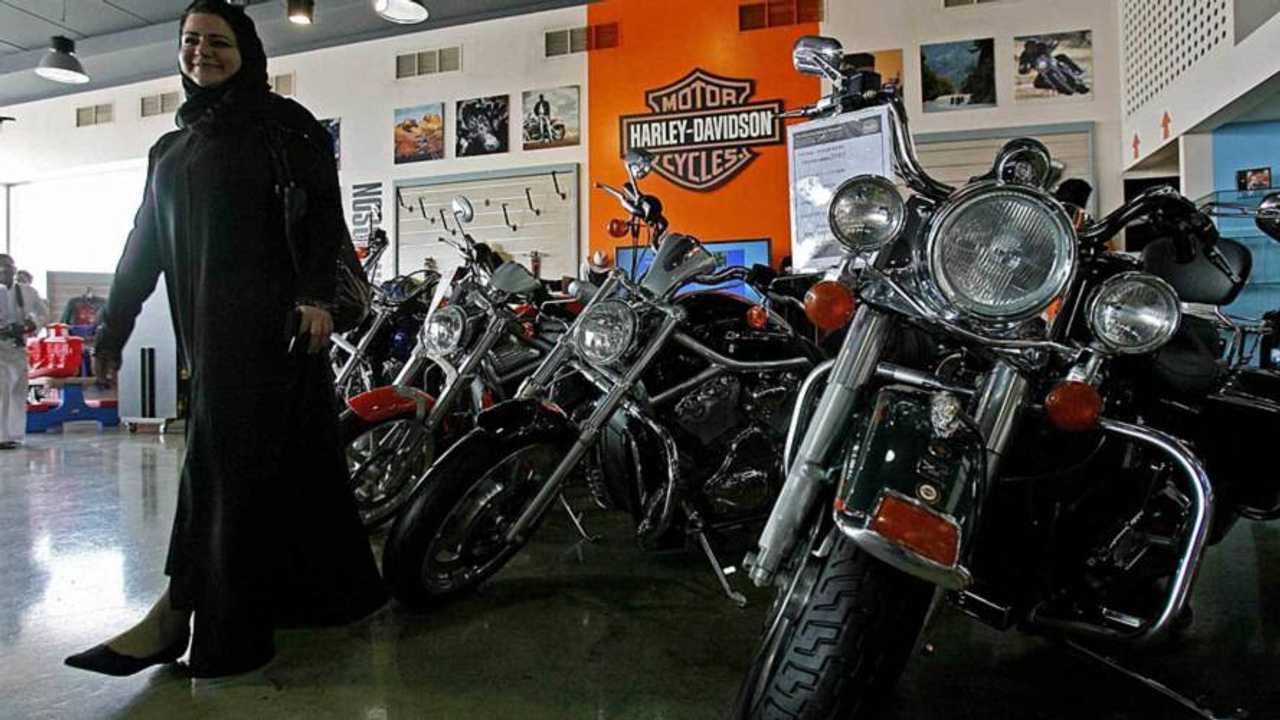 Recently allowed to ride motorcycles by law, Saudi women take the next step in their biker metamorphosis - they've started their own clubs.

It’s exciting; before June 24th, 2018, Saudi Arabian women were arrested and imprisoned for driving cars and now they can learn to ride motorcycles. The trend is catching on rapidly. Already, eight Saudi women riders have joined the recently formed “Ladies of Harley” Riyadh chapter.

“This is for sure going to be growing, we already have had a large number of ladies asking about the training and asking to get a bike.”

Five of the ‘Ladies’ recently visited the store to take in a large array of the recently arrived selection of women’s clothing and gear, set against a backdrop of posters showing women Harley ride

This change is exactly the kind of enthusiastic PR that Crown Prince Mohammad Bin Salman has garnered by granting Saudi Arabian women the right to drive. Women are signing up in droves, although not yet coming out, likely an indication of the difference between public policy and the speed of societal change. The discrepancy is likely also a result of the reality that women activists (yes, driving a car or riding a motorcycle can put them on that list) are still being arrested.

Women in Saudi Arabia still need to request permission from a male guardian to get a license but the good news is, their license plates won’t identify their gender. There also needs to be clarification about the dress code. At the all-female riding institute students wear safety gear which includes safety vests and jeans with knee protection, but in public women are still required to be wear the abaya, a billowing head-to-toe over-dress, an impossible garment for motorcycle riding.

WOMAN: How Laura Got Her Groove Back

But let’s not just be “Debbie-Downers”; let’s take a moment to celebrate. This kind of change is good, and growing pains are normal, especially when there is risk involved.

Amoung others, the male employees at Harley are thrilled about the change. They’re looking forward to welcoming more female clients and seeing them on the road.

“I will support women to ride in any way I can. I’m supporting my girl(friend), she has already done the training and is constantly practicing and taking courses to get better,” said Al-Mutlaq. “She wants an aggressive bike—she is planning on getting the Fat Boy.”

And there are fathers and brothers who also support the initiative. “Most men are actually excited to see a woman driving here, and riding a motorcycle is the next step,” was the comment from Mohammed, a Harley male riding trainer.

These are the small victories that need to be celebrated as Saudi Arabia attempts to “modernize” and award its women more rights. Riding a motorcycle has always been an empowering experience, even more so here.

As expressed by young rider Leen Tinawi, “I can summarize the whole experience of riding a bike in one word—freedom.”