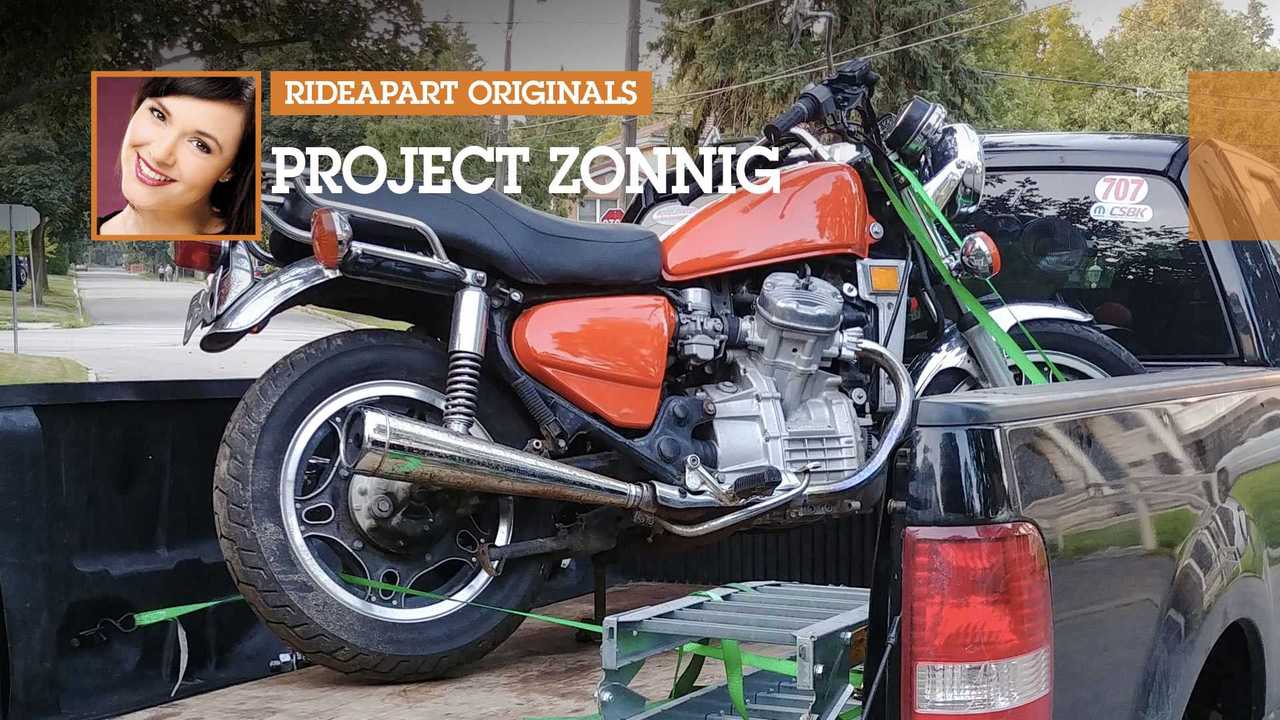 A guide on how to convert your drinking money into motorcycle parts.

The RideApart team is quite hands-on with motorcycles. Between Director Jason’s Small Bike Rescue and Kate’s in-depth knowledge of bike maintenance, we’re pretty well rounded. Except for me. While I’ve been a bike lover for a long time, I haven’t owned a motorcycle in a few years. Between wrapping up university and moving to Toronto where the cost of insurance is ludicrous, owning a motorcycle has been put on the back burner for a while. That also meant that my knowledge of tinkering and maintenance has been limited to oil changes. Until now.

I finally decided to get back into the whole ownership gig last week. Not only did I decide to buy a motorcycle, I decided I would buy a project bike. What better way to learn than to jump in with both feet, right? I spent a few days researching cheap, used bikes in need of love in my area. While there were a few serious contenders, none really stood out until one morning, a bright orange 1979 Honda CX500 showed up at the top of my search results. I took a chance, e-mailed the seller and in a matter minutes, I was booked to view the bike the very same night.

A little bit about the Honda CX500

The Honda CX500 was first introduced in 1978 as a successor to the CB550. The design came from Soichiro Irimajiri, the same mind behind the infinitely sexy-sounding CBX and the OG Gold Wing. I guess because parallel twins and inline fours are boring, Irimajiri came up with a quirky design idea: a transversal, 80-degree, 497cc V-twin à la Guzzi.

To fit the narrow-ish frame, the cylinders were slightly twisted by 22 degrees to leave space for the rider's legs. Pushrods were used rather than overhead cams to work the valves. The engine was capable of pushing 48 horsepower and reach a top speed of over 100 miles an hour. Power was sent to the back using a shaft rather than a chain.

A year after the CX500 “Standard” was introduced, Honda followed up with the Custom: a fully-faired version of the model complete with a buckhorn handlebar, as well as the Deluxe version, without the cowl and equipped with a different set of instruments.

A little bit about this Honda CX500

I’m the eighth owner of this specific 1979 CX500. After finding its first owner in early 1980, this bike has passed through a series of owners in Ontario for 35 years until it landed in the hands of Mr. John Boysen. His daughter Dana is the one who handled the transaction and we got to chat about the bike and about her dad.

See, it turns out that Mr. Boysen, a Dutch immigrant, is a long-time bike lover and a bit of an adventurer. Dana explained that her dad has traveled around the world, from teaching English in China to crossing Chile on two wheels. He bought the used CX in 2014 at the tender age of 82 and then proceeded to clock a few extra thousand miles on it traveling the country. From Ontario to Newfoundland to New England, Mr. Boysen put his "Orange Rocket" through its paces.

The bike has now been sitting for roughly a year. Though Mr. Boysen hung his jacket a few years prior and is now living his days off the saddle, the CX was put through a regular workout to keep the juices flowing. Dana and her husband had in mind to restore the bike and convert it into a scrambler, but the project never panned out. With only 24 hours in a day, reality soon caught up to them and they decided to part with the beloved orange CX.

I picked up the CX on Friday, July 26, 2019. The friend who helped me pick it up also kindly offered I come and work in his garage—a generous and convenient offer considering a) I don’t have access to a garage at home and b) he lives only minutes away.

Loaded up and ready to go to its new home.

Because it’s been sitting for a while, it's going to need a bit of love. New battery, sparkplugs, fresh oil, a thorough gas tank clean up, and some carburetor work—and that’s only the start. I plan to work my way through everything to make sure the bike is in tip-top shape. Next, because I am both optimistic and ambitious, I'm going to convert the bike to a scrambler with the ultimate goal of participating in the Scavenger category of the Fundy Adventure Rally in 2020.

I’ve never done such extensive work on a motorcycle, so it will be a pretty steep learning curve. Thankfully, I have my Clymer Manual (a gift from my dad), some basic tools, and a bunch of bike nerds to pester with questions. If all else fails, the Internet is likely to have a few tips and tricks for me.

Here’s to new adventures and to my first very own project bike, Project Zonnig ("sunny" in Dutch). Let’s see how much of my master plan I actually get to make happen.