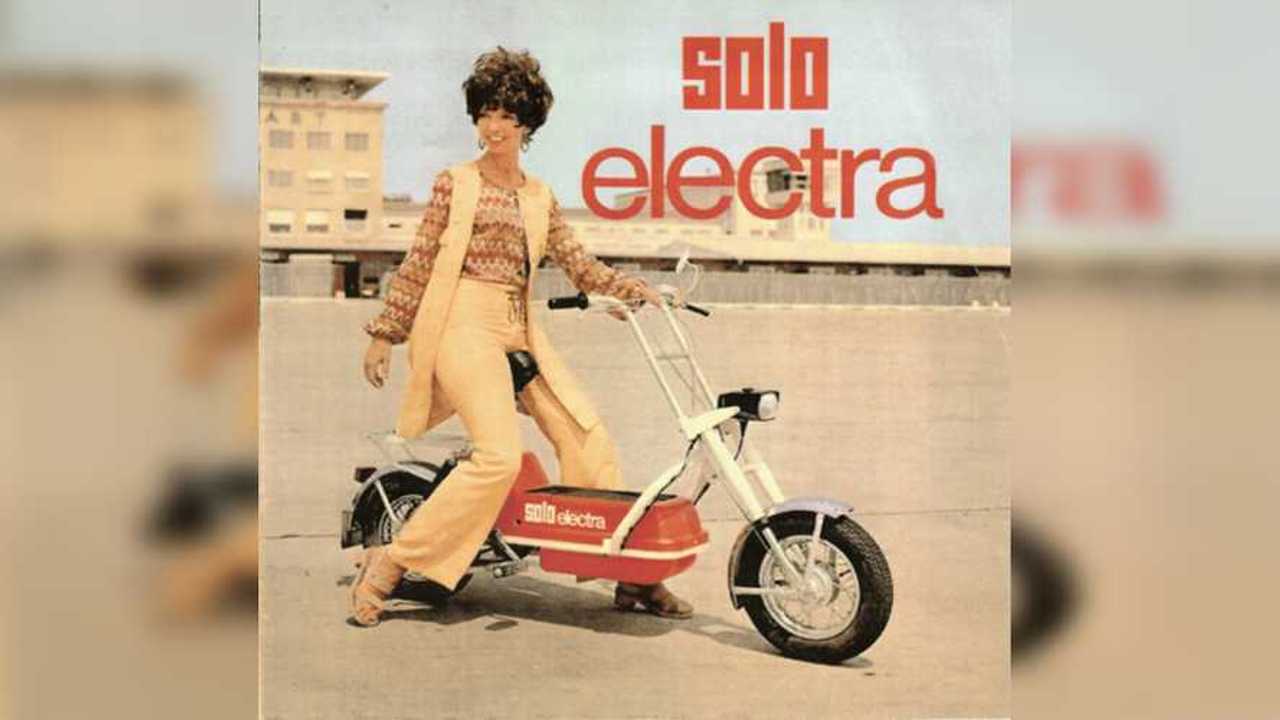 Current global economic and environmental pressures are pushing us into an age of electric vehicles. We’ve seen it coming and it feels like we’re living through an electric revolution. We’ve sort of been here before, though.

Some of you may remember the oil crisis of the early 1970s; others may remember parents or grandparents talking about it. The Organization of Petroleum Exporting Countries, or OPEC, disrupted oil supplies over political disagreements and war in the Middle East. That meant long lines at gas stations with the occasional total drought. There was rationing, gas prices skyrocketed; car manufacturers took note and the compact car became much, much more popular. The gas supply shortage wasn’t just in the US, it was all over Europe. Any country that OPEC thought was supporting Israel, was cut off.

Did you know that these pressures drove some companies toward electric vehicles even then? It’s true! Meet the Solo Electra scooter. This adorable little thing was sold through mail-order catalogs in Europe for eleven hundred German Marks (in today’s US dollars, that’s about equivalent to $2500). It had a top speed of 24mph and that made it competitive with the speed-governed gasoline-powered German scooters of the day. It was quite popular for its time.

The only real downside was something we’re still struggling with: the battery technology! In the early 70s, batteries were traditional lead-acid, and this thing had two of them, and they were heavy. They weighed 30kg combined (that’s 66 lbs). The whole thing weighed almost 148 lbs, nearly half of that weight made up of its batteries. Despite that, these scooters sold well in Germany and examples of them can still be found on the road.

Today, the pressures are different and less sudden, but they exist all the same. Years of burning fossil fuels have taken a real toll on our environment, and gas prices aren’t really expected to go down any time soon, so manufacturers of all kinds of transportation are looking into electric alternatives. Lucky for us, we have better battery technology (which keeps rapidly improving), high-tech lightweight materials, and much faster electric vehicles! Many modern electric motorcycles are quite fast, some faster than their gas-fueled counterparts. They’re also quite a lot more expensive than a $2500 scooter, but far more technologically advanced.

Are you ready for your electric future-bike? Would you be more excited if it had advertising like this?