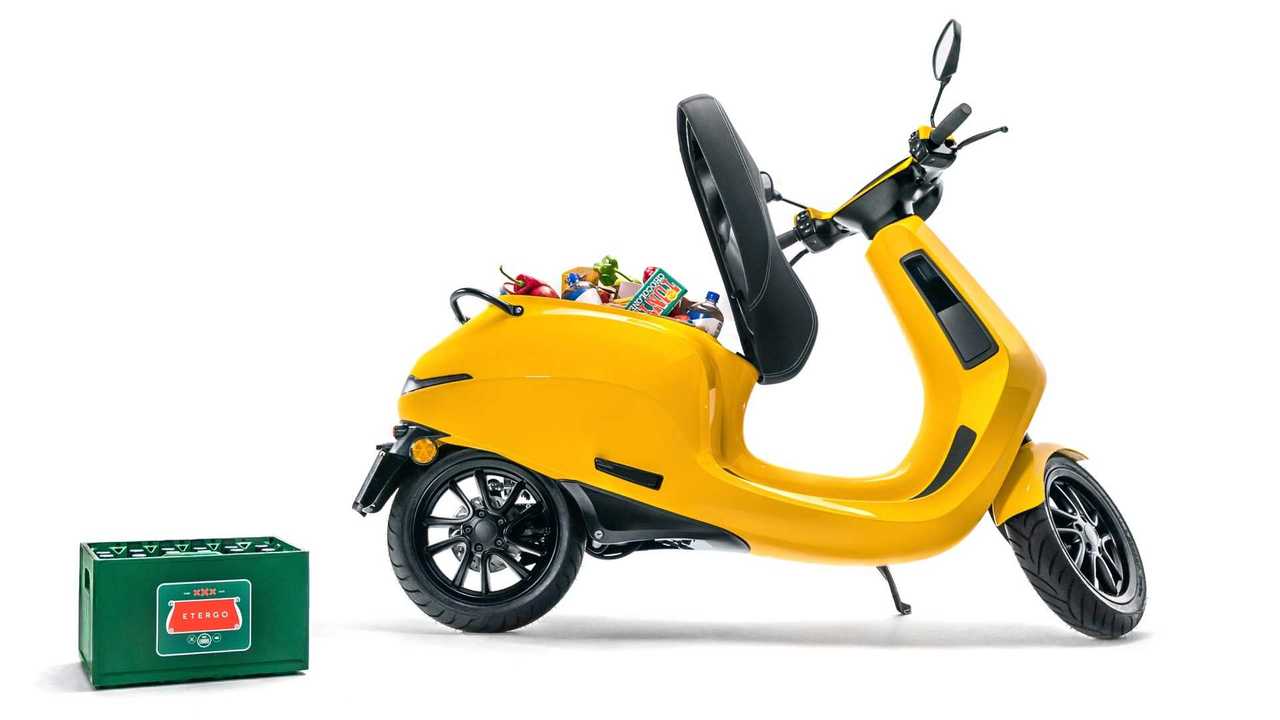 Scooters with swappable battery packs are spreading across the world.

Dutch manufacturer Etergo just got a significant boost of €10 million in funding (about $11.4 million) to put its electric bike, the AppScooter, into production. That's in addition to the €5 million (about $5.7 million) from crowdfunding earlier this year. With the backing of a major German auto manufacturer who wishes to remain anonymous at this time, that's a huge step toward making the electric scooter a part of everyday life in the big city.

Etergo joins Taiwanese manufacturer Gogoro in offering an electric scooter with easily swappable battery packs to keep them on the road pretty much indefinitely. Gogoro is a bit ahead of Etergo, already offering not only the scooter itself but also a network of 750 battery swap stations around Taiwan. Gogoro has also partnered with DHL and Taiwan Post to use its scooters for deliveries as well.

The AppScooter, on the other hand, is intended more for consumer use than commercial. It takes its name from its Bluetooth interface that allows safe and easy access to your phone's communication and navigation functions while riding the scooter. It also has swappable batteries, though implemented in a slightly different way than Gogoro's scooters. The AppScooter will take three batteries that give it an impressive claimed range of 240 kilometers (about 150 miles). It will run on as little as one battery, though. This means that you can commute to work with one battery while leaving the others at home to recharge for your weekend getaway. After all, a full case of beer will fit in the AppScooter's storage compartment under the seat.

It's interesting that these separate companies from completely different parts of the world have come up with such similar designs. The AppScooter should do well in European cities, with smaller roads that are full of traffic, not to mention legal lane splitting, just like the Gogoros in Taiwan. We haven't seen this proliferation in American cities yet, but it's only a matter of time until such options become more widely available here. While electric scooters aren't well suited for crossing the wide open spaces across most of the country, they're just as useful in American urban areas as they are in Europe and Asia. Being electric makes them easier to operate and maintain than a gas-powered scooter. Non-riders may look at them as an appliance like a smartphone rather than a motorcycle, and adopt them for convenient mobility that costs less than a car rather than for the joy of two wheels in itself.

We're still talking about the future here, but it's not too far off. Such as system already exists in Taiwan, and the major investment in Etergo will accelerate its development in Europe. It won't be long before electric scooters take over the world.