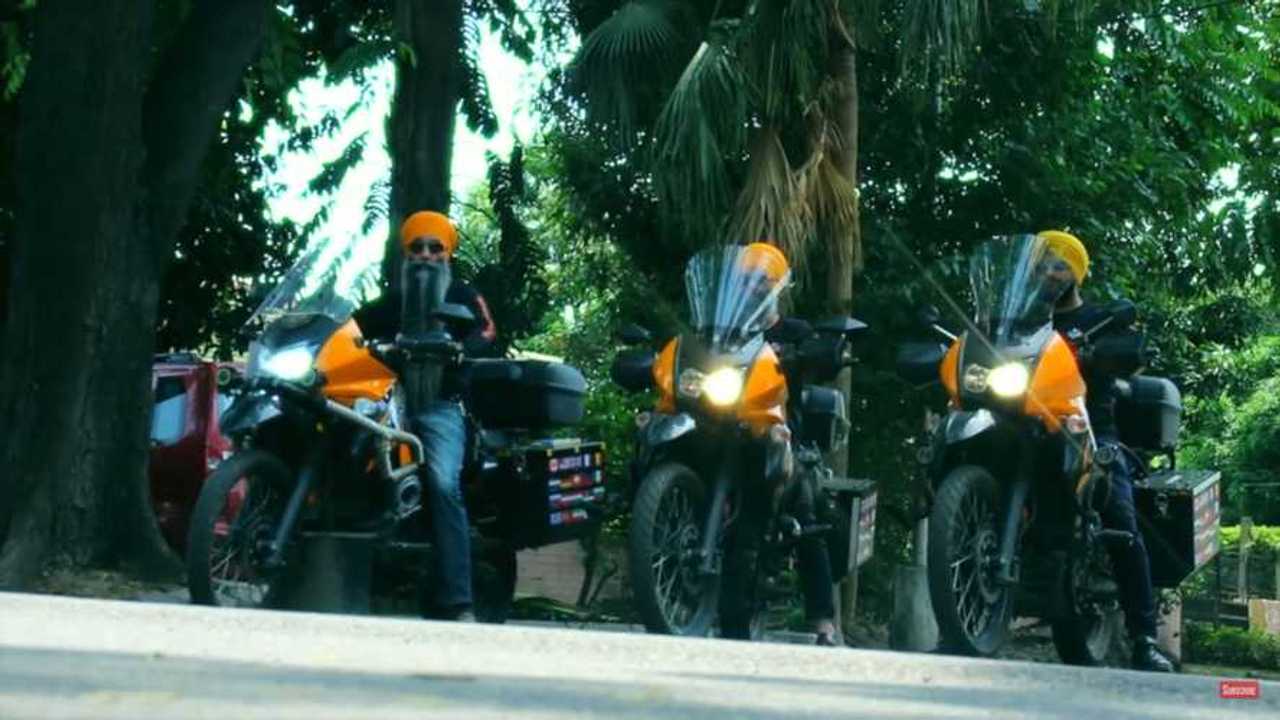 The court states that safety is most important for riders and drivers.

One of Germany’s top five federal courts ruled last week that Sikh individuals are not exempt from country-wide motorcycle helmet laws. This was in response to an appeal by a Sikh man, who had argued that he could not successfully fit a helmet over his dastaar, the traditional turban that Sikh men (and some women) wear to demonstrate honor and spirituality within their faith.

Federal Administrative Court of Leipzig presiding judge Renate Philipp said, in his ruling, “People wearing a turban on religious grounds are not for that reason alone exempt from the obligation to wear a helmet,” according to Deutsche Welle. One argument the court made against the man’s claim is that wearing a helmet doesn’t only protect the rider—it also helps drivers avoid trauma if they cause injury to a rider without a helmet, and that any riders wearing helmets would more readily be able to assist others in an accident.

Several other places have exemptions from existing motorcycle helmet laws for Sikh individuals, including the UK, Alberta, Ontario, and also British Columbia and Manitoba. In the US, helmet laws vary by state—but some states make exceptions for individuals based on their age, not their religion. Across the world, in places including Australia and India, exemptions and even proposals for exemptions draw a range of opinions from both Sikh and non-Sikh motorcyclists alike.

For example, in Delhi, helmets used to be optional for women riding on the backs of motorcycles due to their religious beliefs. That all changed in 2014, according to the Wall Street Journal—but it’s a difficult law to enforce, because how does a person prove that they are Sikh? Helmets for all riders apart from these exempt women had been mandatory in the state since 1998. At the time this law changed in 2014, traffic police commissioner Anil Shukla said, “Helmets should be compulsory for everyone. Accidents do not happen on the basis of religion.”

Showing devotion to one’s faith is admirable, but what happens when that faith clashes with the notion of safety? In Woolgoolga, New South Wales, Australia, some Sikh motorcyclists regularly remove their turbans to ride with helmets, and then retie their turbans when they get to their destination. Since this can be a long and involved process—with some more formal turbans worn for weddings being several meters long—some local Sikh motorcyclists hoped to acquire an exemption below a speed limit of about 50 or 60 kph (30 to 37mph).

These riders approached a local council member who is also Sikh in 2017 to see about an exemption, reported ABC. Helmets there are also required for all bicyclists—not just motorcyclists. Councilman John Arkan, who is Sikh, said that he views it as a safety issue. When he sends his young son out on his bicycle, he simply braids the boy’s hair, helps him put on a smaller turban, and tries to find an appropriate helmet to fit over that turban.

For Some, It's A Matter Of Positive Representation.

Many parents of children anywhere would feel the same about wanting to protect them, but adults might hold different standards about ourselves. In New York City, there’s a Sikh Day Parade every Spring. Members of the New Jersey chapter of the Sikh Motorcycle Club of the Northeast rode in to participate in 2017, as they had in previous years. The club, founded in 2012, had been riding in the parade—at very slow parade speeds—in just their turbans and jackets since the club’s founding. NYPD told the club that they needed to put helmets on for the 2017 parade, or else they couldn’t ride in it.

Some club members wanted to comply, but ultimately the club chose to park their bikes and simply walk in the parade, because for them, it’s also about presenting positive role models to the community. “We wanted [the kids] to see us as Sikh bikers, not just bikers,” club member Barninder Singh said. It’s worth noting here that the club’s motorcycle jackets also proudly proclaim their wearers to be members of the Sikh Motorcycle Club, so there’s more than one way for kids to recognize this group as members of their community.