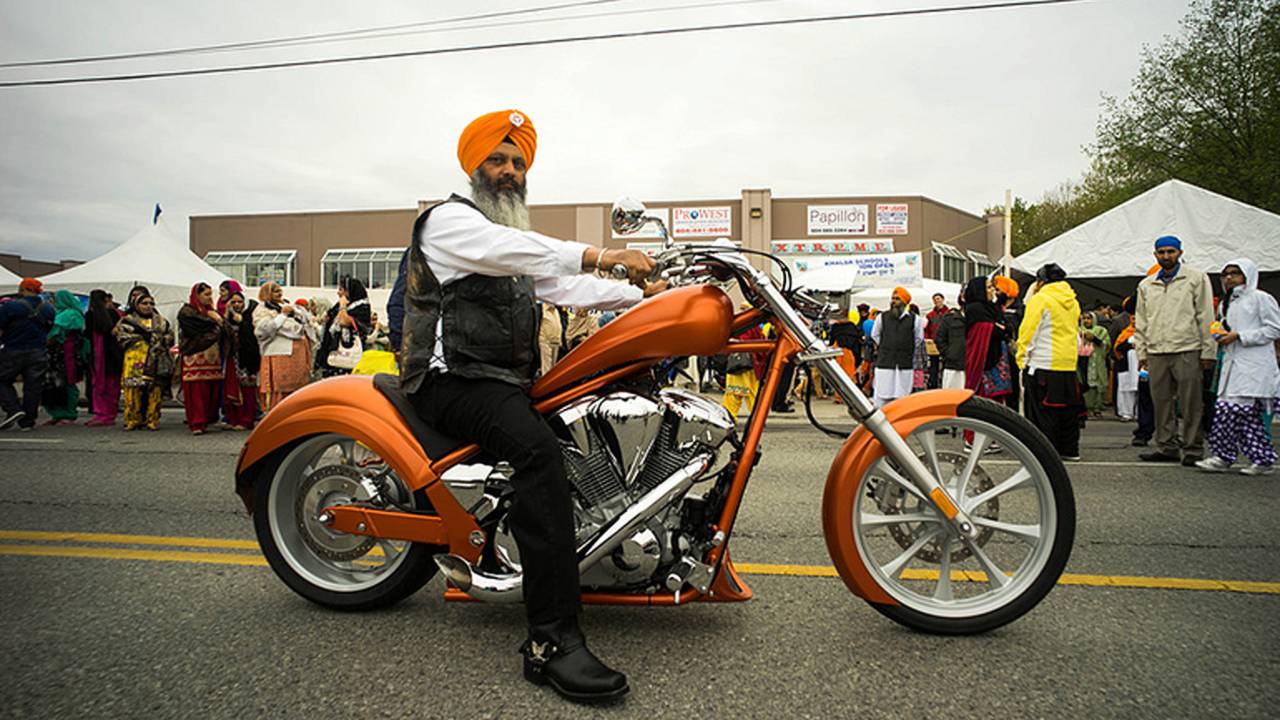 For the last three decades practicing Sikhs in Canada have been fighting to pass a legal exemption that would allow members of the religion to legally ride a motorcycle without while wearing a turban, and not a helmet. In the last couple years the Sikh community in Canadian provinces like British Columbia and Manitoba have successfully lobbied for an exemption to the helmet laws. The most recent place to join the list is Alberta, Canada after the province's Sikh community put the screws to the local transportation minister, arguing in favor of the exemption on account of their civil and religious rights.

Alberta’s provincial government announced last week that the exemption to the vehicle equipment regulation in the Traffic Safety Act was amended by an order from Brian Mason, Transportation Minister. "We think that the number of people who will be wearing a turban and not a helmet is going to be very small. So we decided on the balance that this was the right thing to do,” stated Mason.

The new exemption—which comes into effect starting April 14, 2018—applies to pilots and passengers on motorcycles who are both 18 years of age or older, and members of the Sikh religion. "This change will bring some new opportunities/businesses to bike repair shops/aftermarket accessories shops and Motorcycle Dealerships etc.," said Gurpeet Pandher of the Sikh Motorcycle Club of Edmonton via a recent Facebook post, also calling the law change a "milestone and memorable day" in Alberta history.

Despite having gotten his license more than two-years ago, Pandher has yet to ride a motorcycle in Alberta, as legally doing so would require him to remove his turban in order to put a helmet on. "It really means a whole lot more than I can even explain with words how it feels to be accepted wholeheartedly as you are, as opposed to thinking, 'Hey, it's just a turban why can't you put it off to the side?" Pandher relayed during an interview with the CBC.

Unsurprisingly not everyone is thrilled about the new exemption. "The reality is this is going to put people's lives at risk and it's something that unfortunately didn't get debated publicly. It's beyond my comprehension in 2018 that we're even having this discussion,” said Dr. Louis Francescutti, an emergency room physician and motorcyclist.

Back in 2014 this issue came up in Ontario, Canada where lawmakers, after careful and calculated consideration denied the request to allow the exemption. "After careful deliberation, we have determined that we will not grant this type of exemption as it would pose a road safety risk. Ultimately, the safety of Ontarians is my utmost priority, and I cannot justify setting that concern aside on this issue,” said Premier Kathleen Wynne in a letter to the CBC in Summer of 2014.

Canada’s mandatory helmet laws are reportedly based on extensive research that claims to show the high risk of injury and death for motorcyclists who ride sans helmet added Wynne who’s sources suggest that wearing a helmet results in a 30 percent drop in deaths and a 75 percent decline in head injuries. The Premier also stated that while she felt the Sikh community made "compelling arguments”, she nonetheless felt the exemption wasn’t justifiable.

“Courts have also found that Ontario's law doesn't infringe on the Charter of Rights and Freedoms or the Ontario Human Rights Code, she said, continuing, “However, the Ontario government has carefully monitored, and considered, the soundness of accommodating your position, drawing on relevant academic research, key legal decisions, and consultations with caucus and the community."

Here at RideApart we're curious as to if and how this would affect a rider’s insurance. We assume it would have some effect. Does this seem fair? Is this what progression looks like? Or is this asking for trouble?