Listen To The Sound Of The Harley-Davidson LiveWire

If a motorcycle makes no noise, is it still a Harley?

The much-anticipated Harley-Davidson LiveWire keeps popping up in the press. This time we've found a video of the bike actually running, albeit on a static roller. 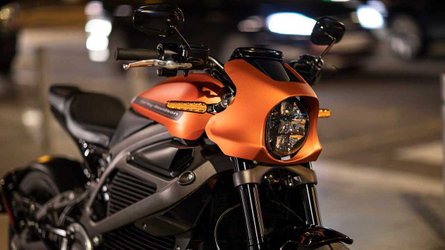 The important part, especially for the brand faithful, is that this video has sound. We get to hear what the bike sounds like. Actually, we’re not exactly sure if the noise is the bike, its final-drive belt, or the roller it's on.

For many decades, the sound of a Harley-Davidson was as important as the looks of the machine. Heck, they even applied for federal trademark protection, a “sound patent,” on the noise their v-twin engines make. They dropped that fight in 2000, citing burdensome legal costs with no end in sight.

For the past several years, the Motor Company has been working on an electric bike called the LiveWire (you may have heard of it). The planned release date is this coming fall. It’s a Harley-Davidson motorcycle but it sure doesn’t sound like one.

If you have any experience with electric motorcycles, this video and the sound the bike makes won’t come as much of a surprise to you. If, instead, you have experience with only traditional internal combustion engines, or possibly only with Harley-Davidson motorcycles up to this point in your life, the sound may be a bit … shocking?

Every motorcycle engine configuration makes a slightly different, sometimes quite distinctive noise. We who have been riding them for a long time can usually identify an approaching engine by its sound. Will we be able to, when bikes are electric?

As even traditional internal combustion engines get quieter, some car manufacturers are piping artificial engine noise into the passenger cabin. I can absolutely see motorcycle manufacturers wanting to do this, but for now, most electric motorcycles are expensive enough without the addition of a superfluous sound system. When motorcycles have been electric for several generations, however, the addition of some kind of noise generator might prove necessary from a safety standpoint: if nose-in-phone pedestrians never hear you approach, will they step off a curb into your path?

Friends, what are your thoughts on the ultra-quiet LiveWire? Is it still a Harley-Davidson without the signature sound?