Ride Through The Black Forest: A Bob Ross Painting On Steroids 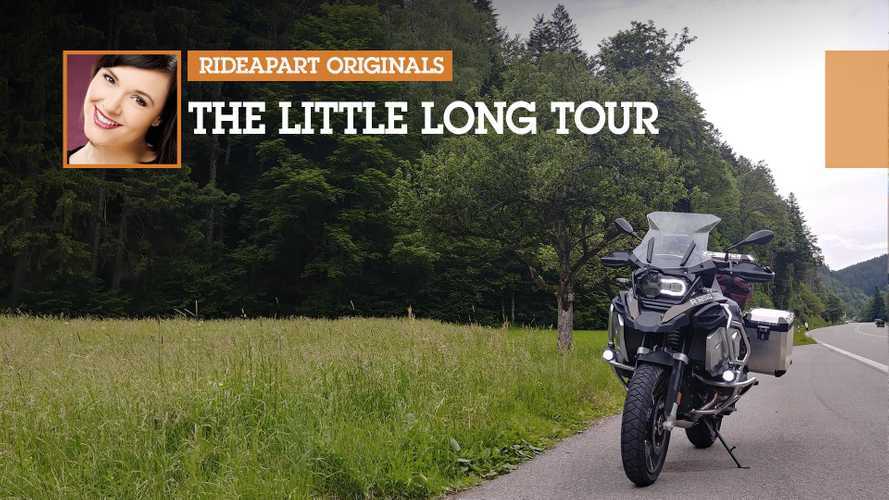 There are no mistakes, only happy accidents.

Queen Under The Mountain And Over

You’ll have guessed I’m not talking about the decadent chocolate cake literally with cherries on top—though Director Jason did place a special order to have me bring one back, sadly, I didn’t find the Black Forest Cake tree. I’m talking about the mythical forest of south-western Germany that looks pulled out of a fairy tale book—or a Bob Ross painting.

I was initially going to make my way through the French countryside heading to Strasburg, France. However, my host last night suggested I do a little detour to cross the Black Forest. Until he mentioned it, I hadn’t even realized I was so close to it!

While the region is called a forest, it is actually a mountain range covered with trees. Picture rolling hills covered in dark green evergreens as far as the eye can see. It really is quite a striking sight. The color of the trees is so rich and deep, it almost looks, well, black, which incidentally inspired the name of the sector.

A see of evergreen creates incredible blocks of colors with a texture that reminded me of Bob Ross’ happy little trees. The dabbing he did on the canvas to create the leaves and needles in the trees found its natural application in the Black Forest. Contrasting the blast of green of the forest were hundreds of color-saturated flowers, including bright red poppies, and little purples ones that looked like cat mint.

I veered off the GPS suggested course to explore a little—I had plenty of time on my hands considering today was my shortest journey of this entire trip. It was worth roaming around for a while as it led me up one of the hills, carving lovely roads that traced the edge of a lake with water so still, it mirrored the surrounding landscape.

Then, I got to hit the German Autobahn for a dose of speed and self-testing, but that’s a story for another day. I’ve got three more days to go with a stay in Munich, so I’ll be checking out the Autobahn closer.