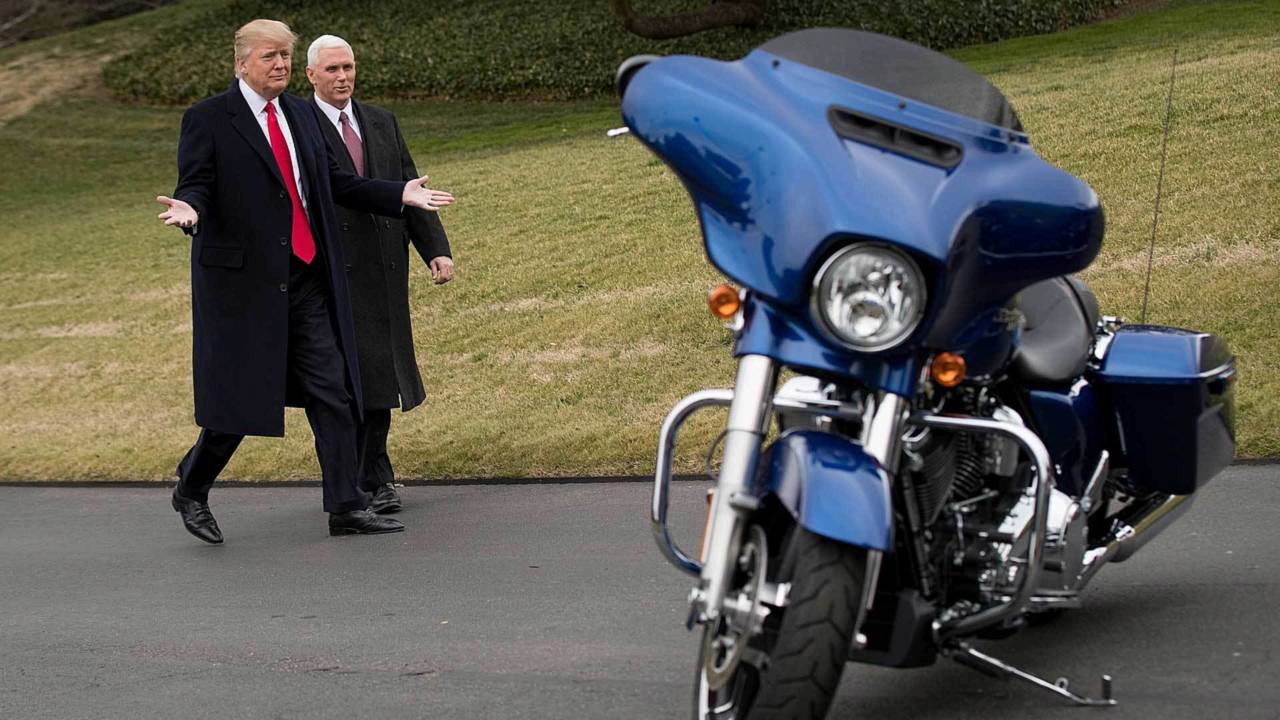 A tariff on any imported good, means that the government of the country doing the importing is slapping a higher price tag on said good. The whole point is to make it more expensive for its residents. The money raised by tariffs comes out of the pockets of the residents of that country and goes into the country’s government coffers. Generally, tariffs are used as a way to encourage purchasing domestic goods instead of imported ones. It is basically one way to stifle foreign competition (and raise money for the local government in the process).

So Many Motorcycles In India:

Such is the case in India, where recently there was a 100 percent tariff imposed on imported Harley-Davidson motorcycles. That means the bike will cost the end purchaser in India twice as much as it would without the tariff, and that extra money goes to the government of India. That tariff was recently reduced to 50 percent, after a phone call between the US President and India’s Prime Minister.

Motorcycles are very, very popular in India. In 2018, the American motorcycling public purchased around 500,000 new motorcycles. In May of 2019 alone, that is, one month of operation, Hero Motorcorp, India’s largest motorcycle manufacturer, sold 652,028 machines. Hard numbers, though: the current US population is 327 million, and the current population of India is 1.339 Billion people. India is a much, much bigger market.

Harley-Davidson manufactures some of its motorcycles in Bawal, India for the local market and avoids import tariffs by doing so. In March of this year, Harley-Davidson’s managing director for India, Sajeev Rajasekharan, told the Economic Times of India that fully 13 of the 17 motorcycle models in the motor company’s lineup in India are assembled locally, so import duties have zero-to-negligible impact on its local operations.

Ahead of the upcoming G20 Summit in Osaka, Japan, the Indian Prime Minister has agreed to meet with the US President, who is quoted as saying “We’re not the foolish country that does so badly. You look at India… 100 percent tax on a motorcycle. We charge them nothing.” And he’s right: even if the US imposed a trade tariff on motorcycles imported from India, we would still be charging India nothing. Any tariffs on imports from India would come out of US consumer’s pockets and go directly into the US government’s coffers.