When watching your kettle boil is too thrilling, there’s this.

“Content Warning: Some of these experiments are dangerous. Don’t try these tests by yourself. It is only online for demonstration purpose.” This is the fairly ominous disclaimer for an experiment that involves various sizes of party balloons being inflated by a motorcycle exhaust where singeing a digit is likely the greatest risk factor. That, and possibly melting something onto your pipes. So grab a snack (you need to be doing something, after all), and take in the latest in braap. 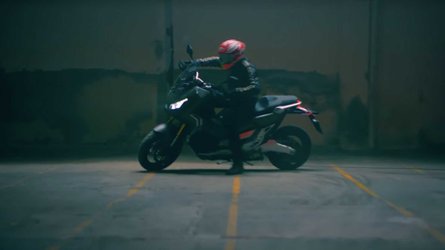 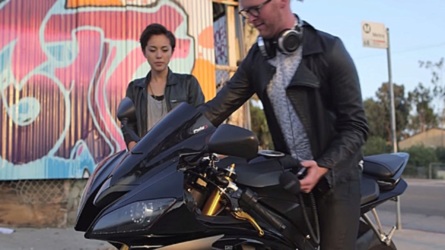 The "silent scientist" responsible for this series of videos, YouTuber My EXPERIMENTS, has obviously wondered whether his bike could be of use for more practical applications outside of riding, namely as a stand-in for a helium tank that forgot to be filled with helium. It’s also, apparently, for a party that doesn’t actually require balloons.

One-by-one, Mr. Silent tapes a variety of deflated rubbers (yup, that’s what they sound like when he snaps each one into place) onto a piece of garden hose which he jams into the exhaust hole before firing up the bike and rolling the throttle, and one-by-one, each balloon takes a different trajectory toward the same ultimate end.

Why, oh why are these ridiculous “science experiments” so engaging? They are, right? Dammit. Yet, along with-to date-52,000 other people I watched this moderately obscene attempt to bypass more practical methods of filling balloons with air from beginning-to-end.

There is one thing in common between the conventional approach to filling up these celebratory spheres with air—the anticipation that they’ll blow, which is slightly more likely when it’s happening thanks to an exhalation of exhaust.

The good news is: no motorcycles were harmed in the making of this video. Engines need to expel carbon dioxide and uptake fresh air to function, but these inflatables didn’t pose much, if any, threat to the air mixture. In the end, that’s all we’re really worried about, isn’t it? Hands heal much more quickly than motors.