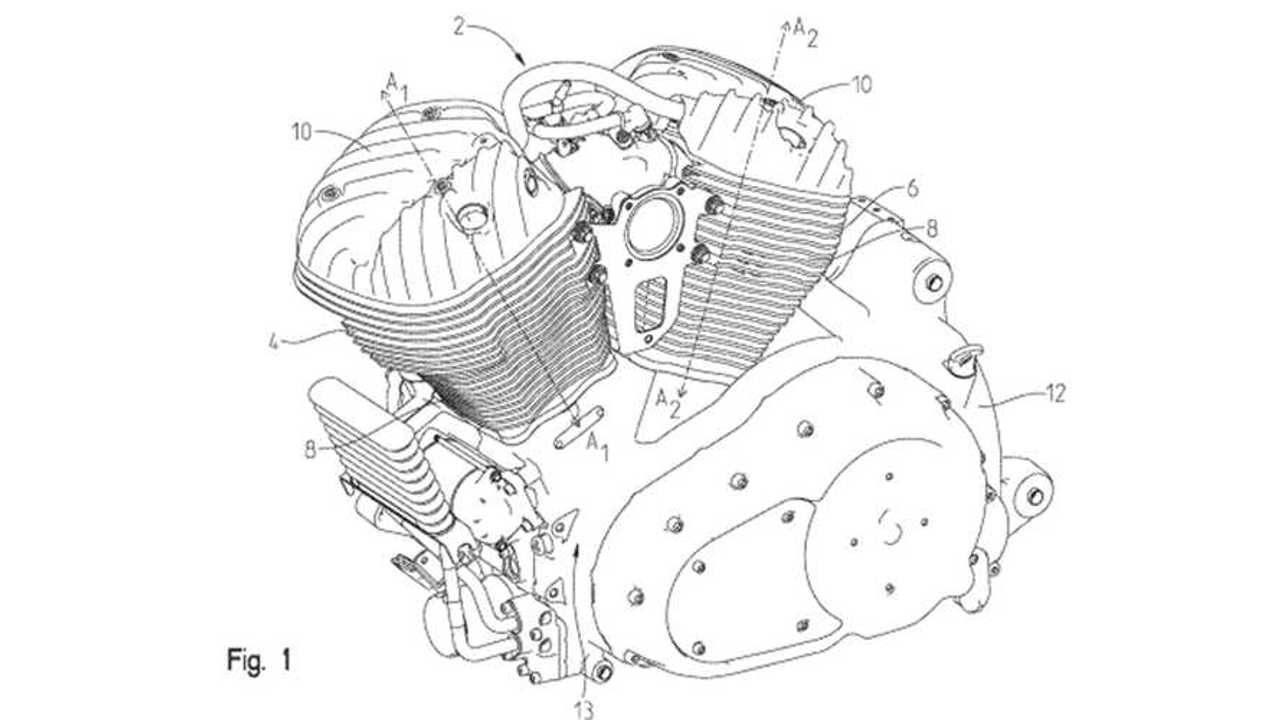 An increasing number of manufacturers are dabbling in variable valve timing (VVT) technology as a way to address increasingly more severe emission standards and regulations. BMW did so this year with the introduction of the new R 1250 GS equipped with the Shiftcam technology and a patent filed earlier this year by Honda proved that the company is also seemingly working on a VVT system.  A new US patent from Indian published on May 9 confirms that the American company is now also looking into VVT.

There's A Lot Going On At Indian's:

Variable valve timing has been one of the “shortcuts” some companies have preferred over downsizing their engines in order to still meet new standard emissions, namely Euro 4 and 5. While the technology itself isn’t new, used in the past by Honda and more recently, by Ducati, there’s been a notable resurgence in its application in the motorcycle industry. By allowing the opening of the valves to adapt to the throttle input, it allows the combustion of fuel to be much more efficient, helps reduce fuel consumption, and ultimately, reduces emissions.

A new patent suggests that the company is looking into VVT technology, seemingly developed for its Thunder Stroke 111 engine according to the drawings. The document describes a basic cam phaser system at the intake valves, used to time their opening, either advancing or delaying the timing they open to either increase or decrease the overlapping, depending on the output required.

“More particularly, in certain applications and conditions of engine, it may be desirable to advance the opening intake valves such that intake valves open during a portion of the exhaust stroke of the combustion cycle. For example, when pistons are approaching and/or at the TDC position, it may be desirable to open intake valves such that a portion of the exhaust gases, which may include unspent fuel in the form an air/fuel mixture, may flow back into the intake manifold of engine.” By that, Indian means that part of the gasses produced is recirculated.

These are exciting times at Indian's. We recently found out a number of projects Indian has in the pipeline thanks to the leaked picture of an Indian pamphlet which also revealed that the new tourer dubbed Raptor is expected as a 2020 model. This means we’ll likely be introduced to a flight of Indian novelties before the end of the year.