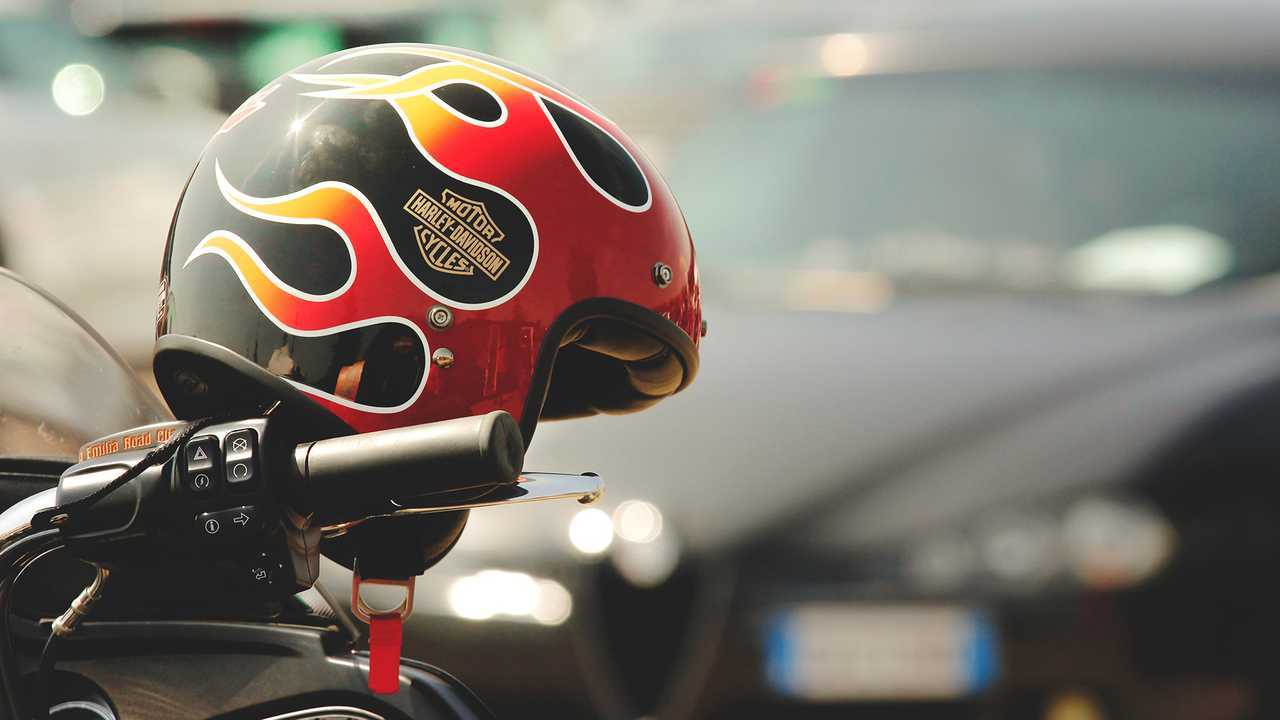 Class is now in session, so please start your engines.

Harley-Davidson is working hard at running its image through a few cycles of Fountain of Youth wash, and recently, it's been taking a number of actions achieve the desired rejuvenated result. Some of them have left us scratching our heads—we don’t get it, but, you know, it doesn’t have to make sense to us. Now, the company has announced that its Riding Academy will officially be available as an elective summer class at the University of Wisconsin-Milwaukee. Students will be able to earn credits for learning to ride. Slow clap.

Harley-Davidson Gets With The Times. Or Does It?
⠀

The manufacturer announced that starting this summer, second-semester students at the University of Wisconsin-Milwaukee will be offered Harley’s Riding Academy as an elective class. The course will grant enrolled students one general credit and an MSF completion card upon completion of the class. In certain states, the MSF means future riders can be exempt from doing the riding portion of the motorcycle license test and can even qualify of insurance discounts. Students enrolling in the class need to have a valid driver’s license or an apprentice license. According to the press release, they must also already be familiar with riding on a bicycle (for balance purposes).

Don’t get too excited: you won’t be spending the entire summer riding around. There will be some proper theory presented in class about the parts of a motorcycle and how it all works as well as optimal behaviors to adopt when in the saddle.

We’ve been hard on Harley lately. For a while. Ok, a long time. None of us at RideApart has ever been under the spell of the Orange and Black gimmick and while we have tremendous respect for the brand’s legacy, we also see how tired the song is getting. We wouldn't blame you for thinking that we're haters, but really, we're not. We’re actually rooting for the HOG, it’s only that recent decisions have left us wondering what the heck the company is doing. I’m still bitter about the Livewire...

Now, making a Century-old brand with as strong an image as Harley look and feel young is no small feat. It’s not about turning cruisers into sportbikes and voilà, let the young folks flock. You can’t turn your back on 100 years of history nor take the risk of shedding all the things that have helped make H-D legendary. So how do you do it? Offering a riding class in University—that’s how you do it. You read that right—we’re agreeing with Harley!

There are different layers of “right” about this whole concept. First off, this is a chance to increase the number of younger people interested in riding. They have to do summer classes anyway, and learning to ride is an excellent way to do something that has actual value in the real world. Plus, it gets you outside of the classroom for a few hours. Because this is now on a university curriculum, I will suppose that gear is provided (since not all students can be expected to have their full motorcycle get up).

What all of this does is relieve the whole aspect of “intention” from the process of looking up a riding class and gearing up. Students don’t have to want to make it happen—it’s pretty much served on a silver platter for them to take. This makes riding available to a broader spectrum of people, some who might never have considered riding before or who might not have been able or willing to commit.

It provides a safe environment for learning, without the pressure of paying for all the gear and for the class and having to put in the extra time. They’re spending school time and money on it instead. By the time the class is over, there’s a chance a small percentage of them will have caught the bug and will want to move forward in the process. Or maybe they won’t, at least they’ve had a chance to give it a try and still get their credit in the end.

If anything, the way I see it, it will provide these kids with additional skills as car drivers, as well as with a better understanding of the reality of riding. This could hopefully translate into an increased awareness on the road.

Another benefit is that this class will put students on Harleys. For some of these people, this is going to be the first bike they will ever ride on. It might not create as special a bond as “the first bike you ever own”, however, I personally still remember learning to ride on a tiny Honda Rebel 250, then graduated to a Suzuki GS500 and a Honda Shadow 750 in my riding classes. The point is: you remember. This will create a bit of an emotional bond with the brand, which could eventually translate into sales numbers.

We reached out to Jennifer Hoyer, Marketing Manager at Harley-Davidson's, and she pointed out that "Taking Riding Academy during college affords a great opportunity of learning to ride with others that are your age," another non neglectable perk of the program. Riding with your peers, people you know and who are your age can improve bonding and make the learning experience a lot more positive.

If things work out well at the University of Wisconsin-Milwaukee, Harley is hoping to expand the experience to other dealers and allow them to team up with other universities to also offer the program.

Helping shape the riders of tomorrow, that’s one heck of a good move Harley.