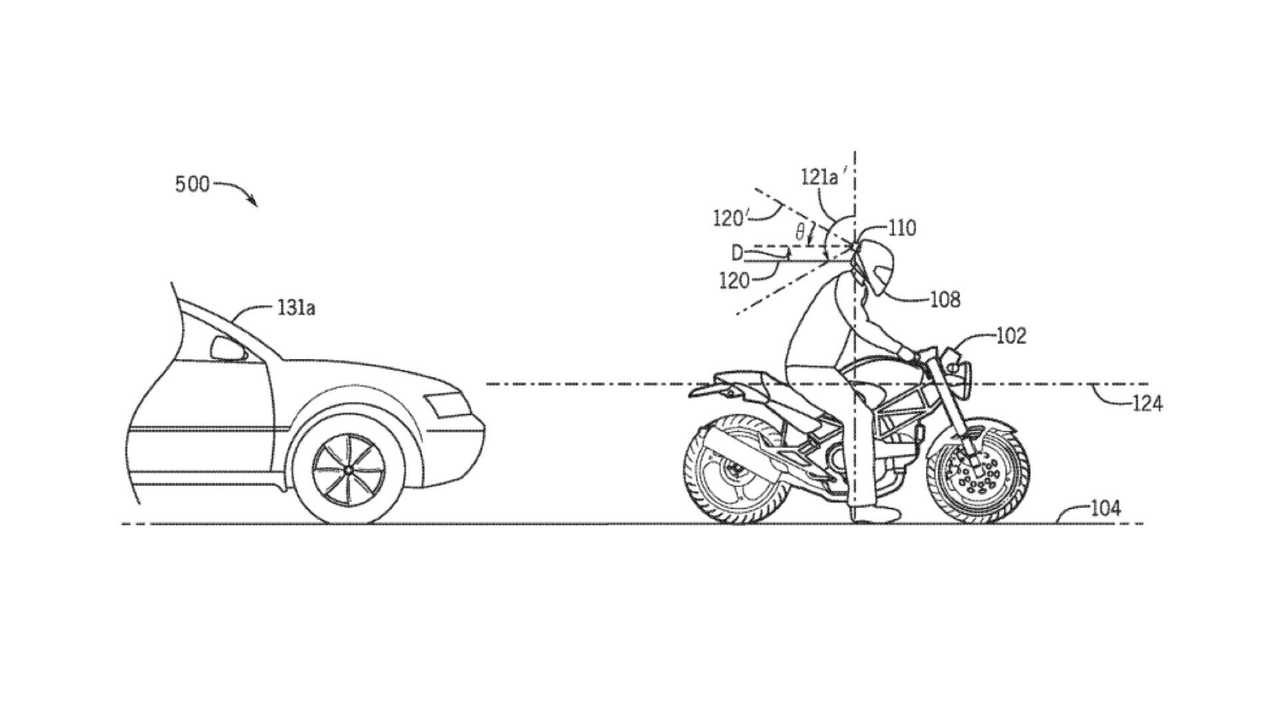 Rear-end collisions are one of the most dangerous situations us motorcyclists face out on the road. The force of a multi-ton vehicle careening into a biker only protected by (at best) a set of riding gear, more often than not has devastating, if not fatal, consequences. With this in mind, a handful of major manufacturers are developing early warning/detection systems for motorcycles, the most recent of which was Honda, which just filed a patent for a rear-facing radar system.

So Many Honda Patents:

While the other firms working on moto-radar tech—like Ducati which said it aims to have radar tech integrated into models by 2020, or Suzuki which has recently filed its own radar-related patents—have opted to employ systems mounted to the bike itself, the unit shown in Honda’s newly filed patent is located on the back of the rider’s helmet. The system works via a rear-mounted camera that feeds live data to a CPU that can detect a vehicle rapidly approaching and then alert the rider via warnings on the dash (or possibly via haptics in the seat or bars). The obvious downside to this idea—and the reason other marques have seemingly opted for bike-mounted units—is the additional weight added to the helmet.

In order for the system to function properly, dozens of real-time metrics and data points have to be simultaneously interpreted. This not only requires a fair deal of computing power, but also a bevy of sensors to glean all the necessary info—all of which mind you will be strapped to the back of your noggin. Having said that, there’s plenty of high-tech gizmos out there that manage to cram all sorts of sensors and microprocessors into a tiny, lightweight package—such as Dainese’ D-Air system or the iPhone—so it’s not too outlandish to think Honda’s unit may weigh very, very little.

Earlier this month we reported on Honda filing a separate patent for an internal helmet-mounted camera that uses facial recognition to unlock the bike—the same feature found on most late-model smart phones. This could suggest the possibility of Honda developing a smart helmet with a host of tech-infused features, including the rear-facing and internal camera, as well as what I suspect will also include a forward facing cam and likely a heads up display—though that’s purely speculative.

Any invention that bolsters motorcycling safety is a positive in my book, though I do have a couple qualms with Honda’s new patent. First off; even if a rider is alerted to an oncoming rear-ender, it’s hard to imagine they’d actually have the time to effectively do anything about it. I’m also curious how a passenger would affect the system too.

Whether or not this patent ever makes it onto a production vehicle is still up in the air, however the filing does make it increasingly clear that radar, blind-spot detection, and other accident avoidance aides are seemingly on their way to become regular features on motorcycles, the way they have been on cars for years.

3 Photos
Photo by: RideApart.com
++
Got a tip for us? Email: tips@rideapart.com