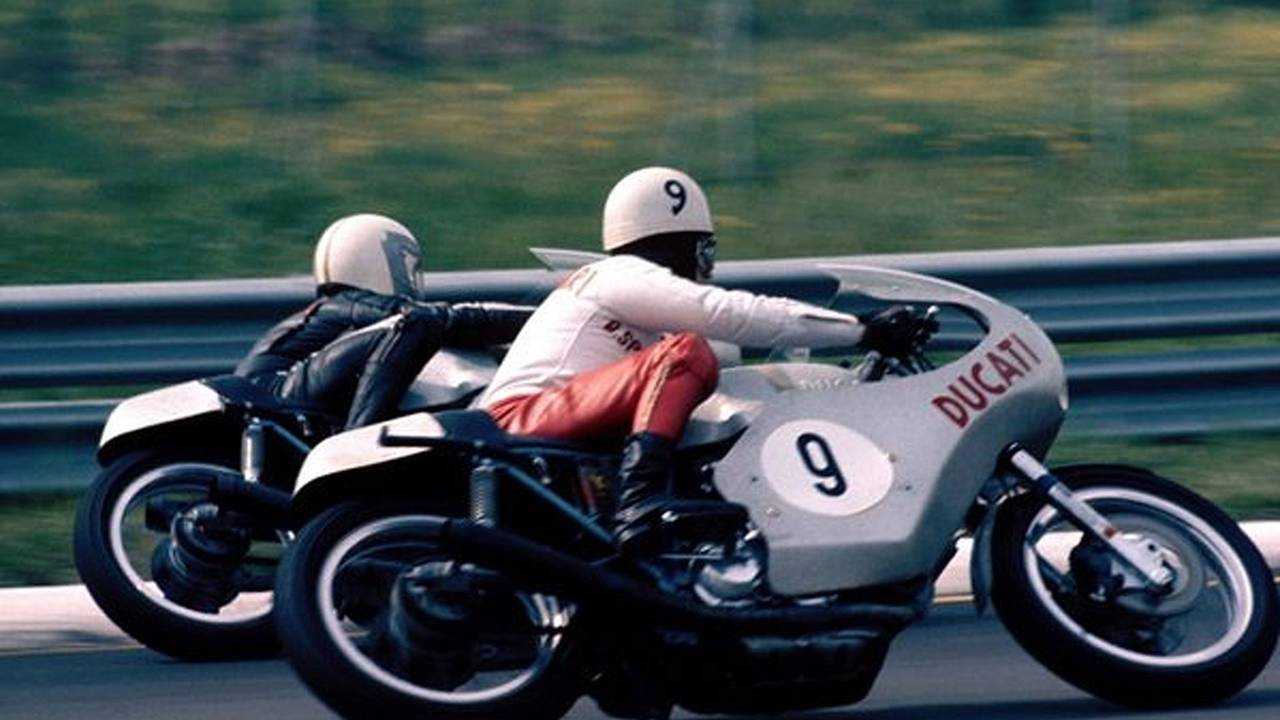 With its ability to draw massive crowds and ample factory involvement, the Daytona 200 is one of the world’s premier motorcycle races. The race’s success inspired a handful of bigwigs from the Italian motorcycle industry to start their own long-distance event back in the 70s, marketing the competition as “Europe’s Daytona”.

Dubbed the “200 Miglia” or “Imola 200”, the first-ever event was held on April 23, 1972. The inaugural 200-mile race is probably best known for being the stage Ducati—which at the time was a small, largely unproven, and unknown outfit—used to introduce the world to Fabio Taglioni’s newly designed three-quarter-liter, desmodromic twin. The competition attracted legendary names like Barry Sheene, Steve Baker, Johnny Cecotto, Eddie Lawson, Randy Mamola, Giacomo Agostini, and Kenny Roberts (the latter two of which had an epic battle at the third Imola in ’74).

At the peak of its popularity the Imola was drawing in a supposed 140,00 spectators, ultimately surpassing the actual Daytona 200 in total attendance. Unfortunately, 1985 was the final year the event was held before the lights went out for good. That was until 25-years-later in 2010 when the “Imola 200 Miglia Revival” was born. The vintage race event sees star riders who competed in the original Imola, toss on their leathers, hop on their old bikes and parade—or “non-competitive race”—around the technical, 17-corner circuit.

2019 marks the fifth revival, and this year fans will have a chance to walk the pits, check out the bikes up-close, and meet some iconic riders. Steve Baker, Johnny Cecotto, Kork Ballington, Phil Read, Virginio Ferrari, Mick Doohan, and Troy Bayliss will all be appearing. The 2019 Imola Revival takes place on the weekend of May 3-5, 2019. Booking is available here.

2 Photos
Photo by: HFL Staff
++
Got a tip for us? Email: tips@rideapart.com