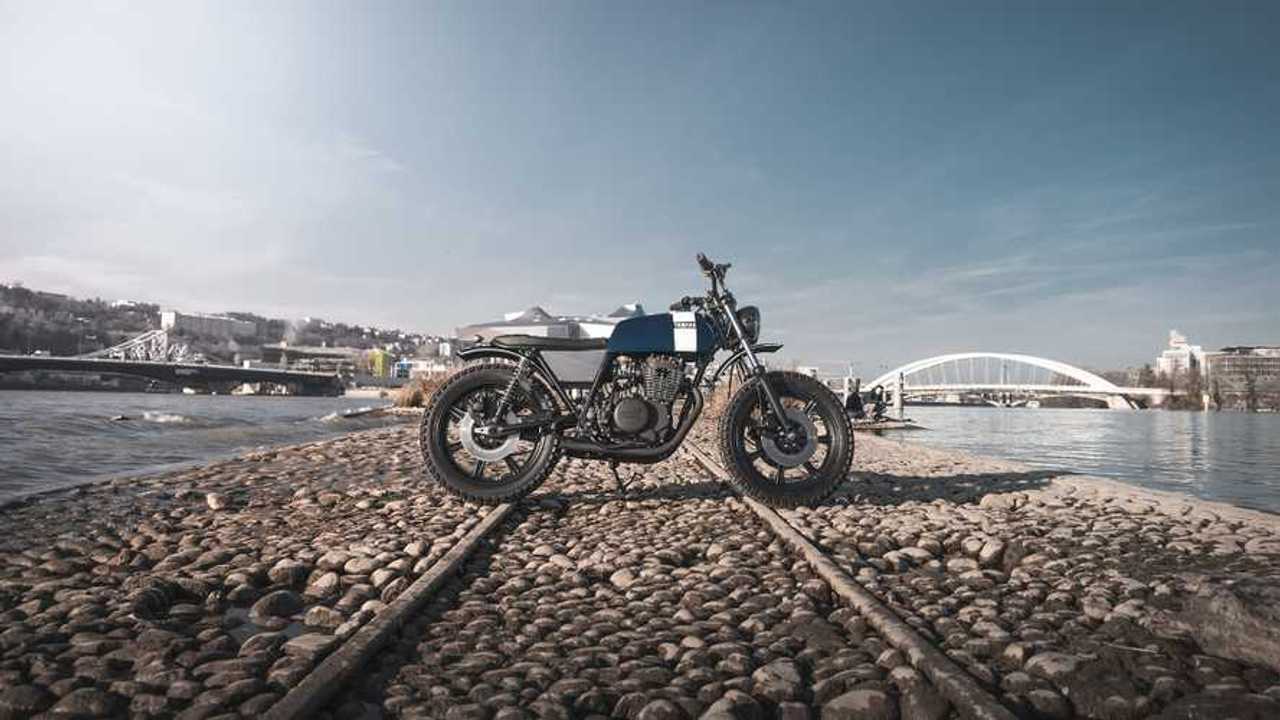 Two years is a short time when you're not a pro custom builder, right?

As a child of the Eighties, I was excited to see a lovely custom motorcycle build named after the fluffy main character in a classic film straight out of 1984. And while I am a little bit disappointed that the bike is not white and furry (OK not really), I do love a nice custom scrambler, and the best part here is, the name of the bike is a joke.

Charles Murillon of Panache Customs in France spent two years building this bike. Soon after he began, his friends began ribbing him about this project they thought was taking way too long, and dubbed the bike “Falkor.” The Never-Ending Build.

Murillon wanted this to be a high quality build, but did not have the available cash to buy everything outright and up front. He purchased the parts as he could, and so the build dragged on.

The bike is a 1977 Yamaha XS360, and was a literal barn find. Currently it’s prettier than it ever was, even when new. This bike is Panache Customs’ very first build, and I must say, well done. Murillon spent a year learning motorcycle customization at Diamond Atelier out of Munich. The influence is obvious, but Panache definitely has its own style.

The brushed stainless side panels hide all the bike’s electronics and battery. Murillon completely remade the wiring harness and replaced the original (probably quite dodgy) handlebar switchgear with some really beautiful and understated switches from Motone.

The bike has an additional front brake disc added; originally the XS360 had only one. The brakes are upgraded to braided lines and a new front master cylinder. The rear original master cylinder sports a custom CNC-machined reservoir.

One glance at the exhaust and the bike looks loud just sitting there, but Murillon says “I fitted two period-correct ‘Snuff or Not’ adjustable silencers that you can find on Honda Enduro bikes of the same era. They actually do make quite a difference, and they allow you to ride in the city without angering the pedestrians too much.” I love the qualifier at the end, there.

Can’t wait to see the next build out of this shop!