Yamaha, TW Steel, and Diamond Atelier have come together to create one breathtaking machine that earns its place as RideApart’s Bike Of the Week.

Bike of the Week trimphantly returns with the totally bonkers XSR 900 Æon by Diamond Atelier.

So, many thousands of years ago back in the old Hell for Leather days, we used to do a regular Bike of the Week feature. You guys really seemed to like it, but it kind of fell by the wayside what with the changeover and all, and it's been gone for a while now. It's back now, though! To kick off our new Bike of the Week series, we chose this super cool, sci-fi looking custom Yamaha that, well, just look at it.

This week’s Bike Of The Week is the Yamaha "Son Of Time" XSR 900 Æon from German custom bike builders Diamond Atelier and TW Steel, a high-end watchmaker out of Amsterdam, Netherlands. Yamaha is no stranger to working with TW Steel, since earlier this year they commissioned Numbnuts Motorcycles to build a Bolt-based cafe racer for Team Blue's Yardbuilt series. That bike was also called The Son of Time, and was a smash hit with cafe racer fans. (Wait, does that make this new bike "Return of Son of Time" or "Son of Son of Time? Was there a bike just called "Time"? -Ed.) This time however, with Diamond Atelier at the helm, Yamaha's Yardbuilt series put out one of the coolest custom builds I’ve ever seen.

This is Diamond Atelier's first collaboration with Yamaha, however. Founded in 2013 in Munich, Germany, the small company is made up of talented builders who place a major emphasis on creating hand made parts rather than ordering “custom parts” from a catalog. You know, built not bought. In their short time in the building game, Diamond Atelier has amassed a healthy collection of big name sponsors from the moto/auto industries including Castrol Oil, K&N Filters, Metzeler Tires, and several others. Their ultimate aim is to usher in “The next generation of Cafe Racers,” and from where I’m standing, Diamond Atelier is doing a damn fine job of accomplishing their goal. These guys build one hell of a bike.

To make this week's stunning entry, DA started by stripping every non-vital mechanical and styling component from the donor bike. If it wasn't needed to go, stop, or steer, it came off and went right in the bin. After removing every possible component that isn’t vital to the bike actually doing what it was made to do, the builders got to work creating a new subframe in place of the stock offering. From there, the handmade aluminum tank and tail sections were thrown on. The one-off aluminum tank was brought to life at KRT Framework's facility on the outskirts of Dortmund, Germany. It's a swoopy, artistic thing with sharp lines that boasts a large hollow section which houses the rider’s knees along with three large K&N pod filters. 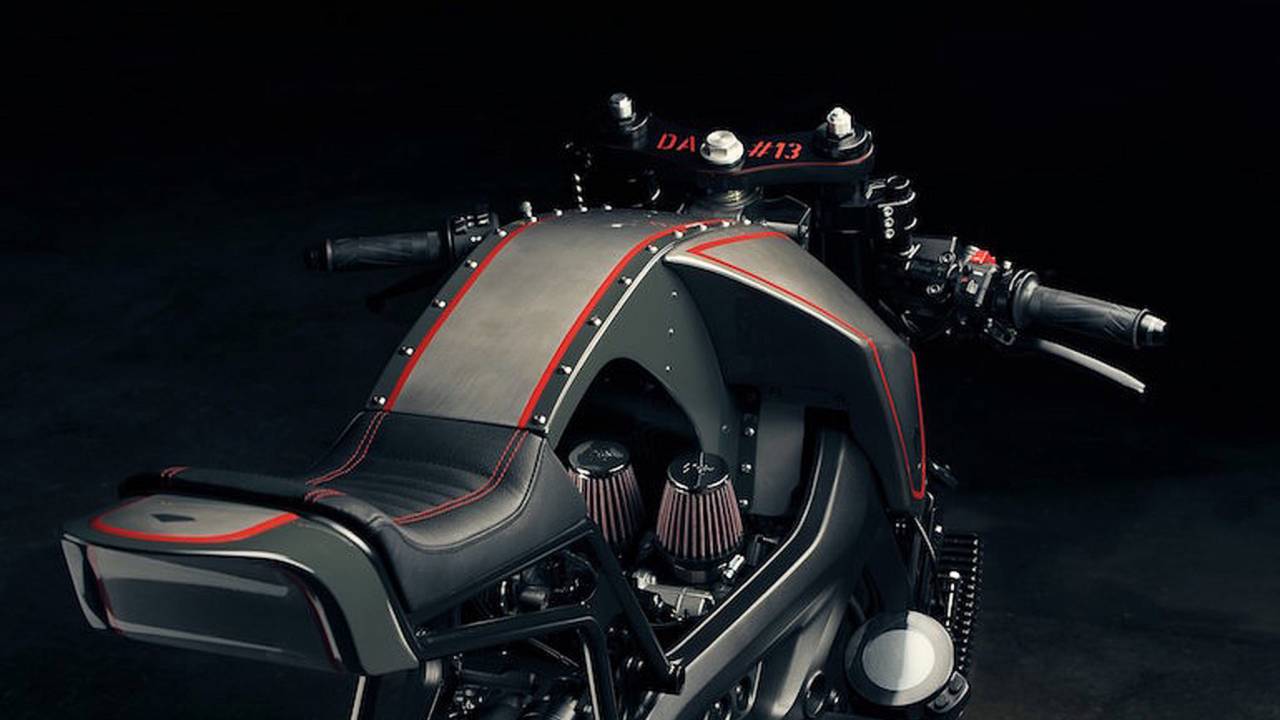 With the sheet metal squared away, a simple two-tone gray paint job with thick red pinstriping was laid on by hand. To let you know who's responsible for this rolling work of art, DA painted a subtle diamond on the tank in lieu of a proper tank badge The custom tail-section houses a new bespoke seat as well as a one-off LED taillight. LED indicators are also hidden at the bike's corners, which is a cool subtle touch that doesn’t take away from the feel of the build. With the stock XSR stripped of so much weight, Son of Time tips the scales at a feather-like (For Yamaha -Ed.) 364 pounds. That’s 11lbs less than Yamaha’s X-Max 125 scooter, meaning the XSR  Æon has a, shall we say, very favorable power to weight ratio. 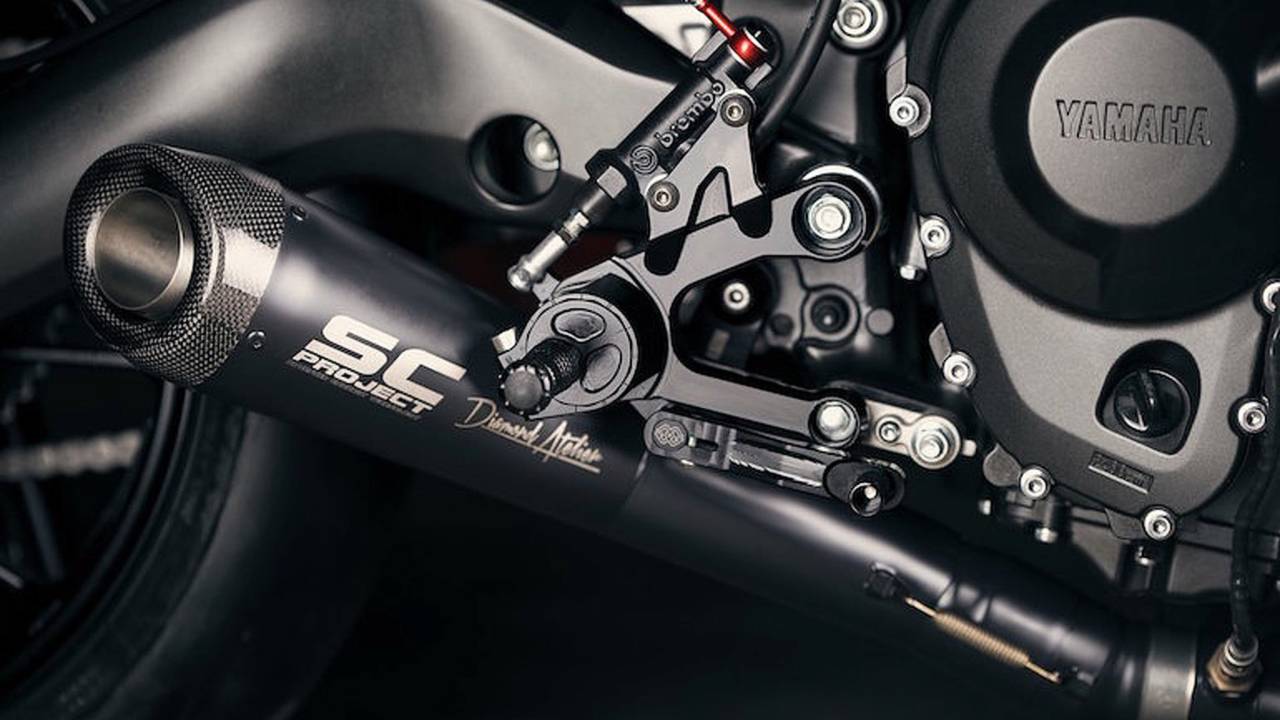 Just because this bike was stripped down doesn’t mean it didn’t receive upgrades to those parts that stuck around, though. Handling was improved by swapping in a rear Wilbers Blackline shock, before throwing on a lowered, black anodized stop fork for good measure. The stock exhaust was replaced by a custom SC Project exhaust with carbon tip and fancy Diamond Atelier gold logo. Brembo brakes were added to the mix to further improve the machines performance, and super-low ABM handlebars and Giles racing rearsets give the Æon a more aggressive riding position to match the bike’s aggressive appearance. The stock digital speedo on the XSR is actually pretty solid, so it’s not too shocking to see Diamond Atelier opt to leave it on the bike. They did move it though, it’s been subtly hidden on the right side of the engine.

Because this is technically a collaboration between TW Steel, Yamaha, and Diamond Atelier, it’s only natural that TW Steel had their say in some of the bike's finer design points. In this case, that’s in the form of special edition 48mm TW Steel’s Maverick Chronograph watch set into the bike's headstock. Mounted where the headlight should be, the clock is covered by a flip-up aluminum flap for ease of access.

Yamaha’s XSR 900 engine is still on full display, and with hundreds of feet of wiring removed - including all the ABS wiring and hardware - the stripped down machine shows off the torquey, street-friendly triple even more than the stock model. Motorcycles and time-pieces actually do have a lot in common, and anyone who appreciates mechanics can easily enjoy either of the two. For this reason - aside from us getting awesome bikes out of it - it’s pretty neat that TW Steel has got involved with and funded this project. 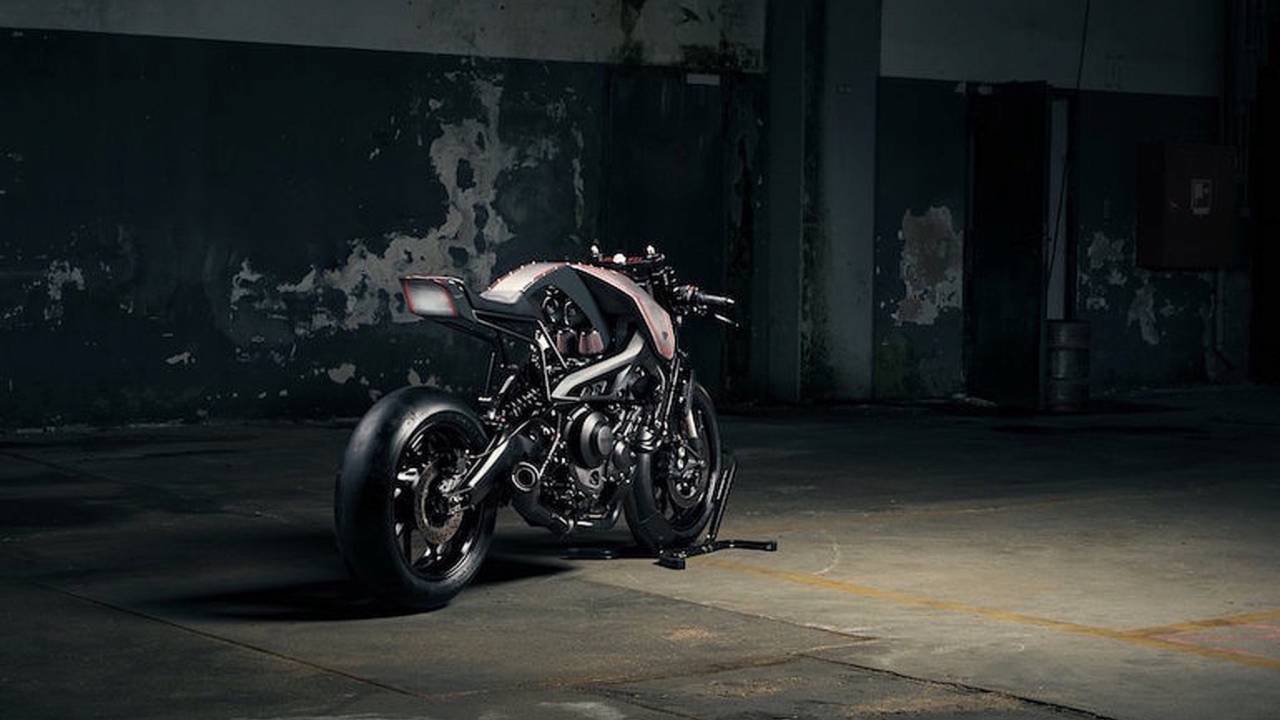 Yamaha’s Yard Built program has enabled dozens of reputable builders to turn current Yamaha machines into beautifully crafted, one-off customs that demonstrate the donor bikes’ potential for modification. Yard Built motorcycles do however come with some restrictions preventing the builders from doing whatever they want. Major structural remodeling or frame cutting is prohibited as Yamaha wants the bike to a modified version of its offering, not a completely new bike entirely. Sub-frames are obviously allowed to be modified but that’s about it as far as major chassis fabrication goes. 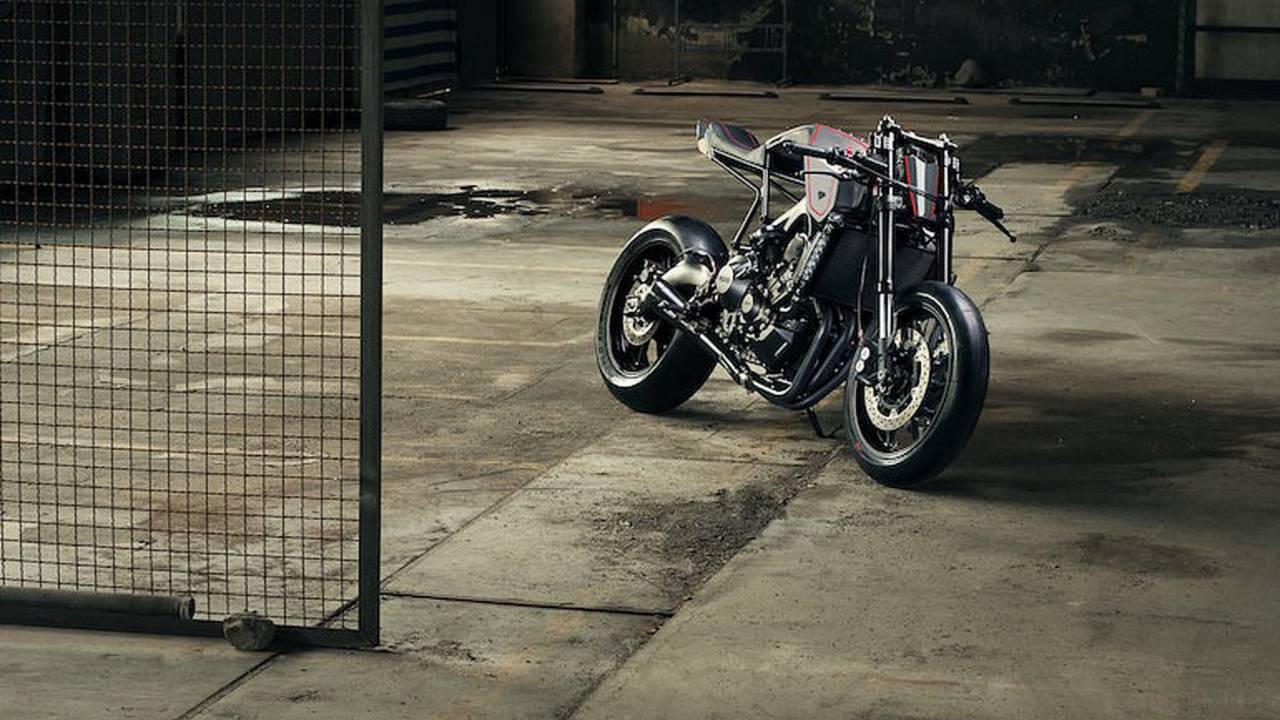 Building bikes like these is only possible because ample funding was provided by the companies involved. Those funds allowed Diamond Atelier to create something with no financial restrictions, and the results are pretty stunning. In the same way watching Michael Jordan play basketball makes me think, “even if I did nothing but trained and practiced all day everyday for decades, I will never be as good as him,” the Æon elicits a similar reaction where I think, “No matter how long I spend building custom bikes, I will never be able to create something like this.” That's more of a statement on the builder’s talent and less on my lack of it.

If you know of a recently built motorcycle that you think deserves to be RideApart’s Bike Of The Week, shoot us an email at info@rideapart.com. We'd love to see it.