Weekend WTF: The Guy That Built A Motorcycle In The Desert

How has everyone week’s been? Welcome to your Friday and who says Friday, says Weekend WTF! I hadn’t done one in a while and while recently some of our WWTFs have tackled more serious topics, I thought I’d bring a little lightness to get the weekend started right.

OTHER WWTF TO START THE WEEKEND 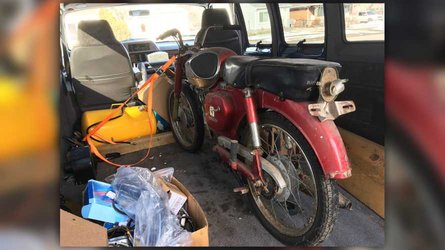 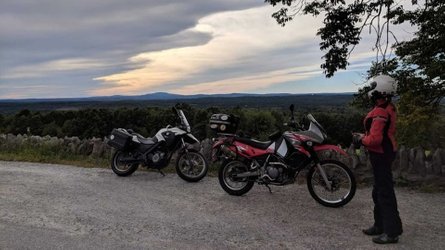 Last week, Director Jason published this story about four fascinating riders and their big motorcycle stories. His story was published as I was heading out to Sardinia to ride on the highly anticipated Moto Guzzi V85 TT (I don’t mean to brag. Ok maybe a little.) so I didn’t get a proper look at the video he shared. Fast-forward a week and funny enough, I stumble upon the story of that eccentric guy who supposedly turned a car into a motorcycle. Turns out he’s the same eccentric guy who was part of the video Director Jason shared last week. I found his story absolutely fascinating and decided to dive a little deeper into our desert MacGyver’s story.

Meet Emile Leray, a French electrician and hardcore Citroën 2CV enthusiast. The 2CV is a mid-19th century lackluster, under-powered, cow-like little French car that has been the object of a loyal cult following through the decades. If you spot what looks like a Beetle but doesn’t quite look like one, chances are it’s a 2CV. As vanilla and boring as they may seem, those little buggeys are also extremely sturdy.

So much so that in 1993, Leray headed to Morroco with the intention of wandering the desert in one. He had been to Morroco a number of times and was already familiar with the place—so it wasn’t entirely a suicide mission. As he was traveling south of the country, he was stopped by the military at the outpost of Tilemsen where he was told the area was restricted and he’d have to head back to his starting point of Tan-Tan.

Apparently, Leray doesn’t like being told what to do because he didn’t exactly follow orders. He says he pretended to head back to Tan-Tan but swerved east, left the marked road and headed back south with the intention of going around the military outpost through the open desert. Things didn’t go too well for him: the Citroën 2CV isn’t exactly an off-roader extraordinaire. Leray ended up breaking the front axle of his “Deuch” on a rock, 20 miles away from the nearest village. While being stranded in the middle of the desert might seem like a desperate situation for some, for Leray, it was the occasion to put his knowledge of the 2CV to good use.

He stripped parts of the car that he fiddled into a motorcycle, using the remaining axle, the wheels, the suspension, and the engine. The build took him 12 days during which he slept in the carcass of the Citroën. On the twelfth day, his creation was finally ready and he made his way back to civilization, not without getting slapped with a hefty fine for riding on a non-conform 2CV. Ironic huh? He actually rode the thing all the way to France and still has it to this day as part of his weird modified 2CV collection.

Some have commented that the whole history is a bit of a sham. Frankly, I don’t care whether it’s true or not, it’s still one heck of a story. I don’t know for you guys but with 20 miles to head back, I would have just abandoned the car and walked my way back. It would have been faster than converting the car into a motorcycle. Then again, I probably don’t love Citroëns nearly as much as Leray does. So good for him for figuring out a way to bring (part of) his car home.