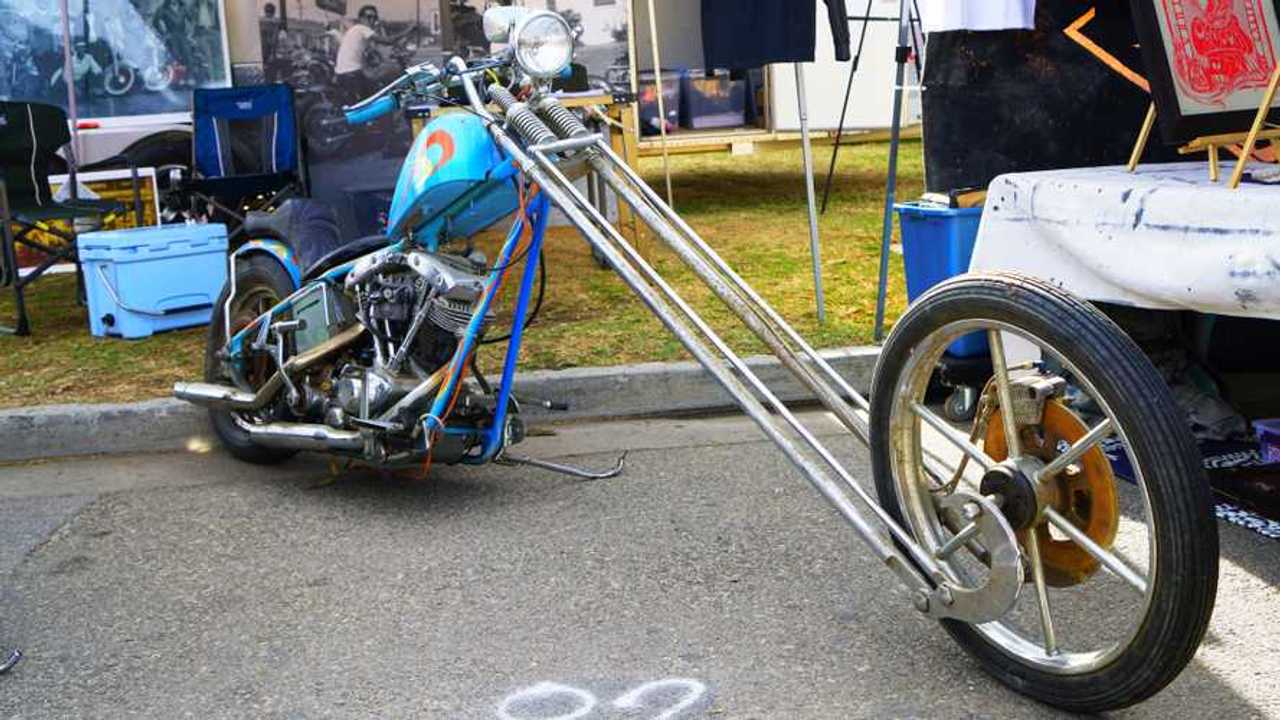 Knuckles, and Panheads, and Shovels, oh my!

We here at RideApart are often accused of bashing Harley-Davidson and cruisers in general, but we can certainly appreciate the rolling sculpture that is the chopper. These bikes and the custom, outlaw culture that surrounds them are part of the motorcycle world, and for 15 years the David Mann Chopperfest has been gathering the faithful to the Ventura County Fairgrounds in California. These bikes may seem impractical to us squares, but as strange as it seems, some hard core riders have no qualms about riding a hard tailed, extended springer front end bike coast to coast if need be.

There were examples of Harley-Davidsons from every era, even stretching back to the flathead bikes from between the wars. There were Model Ks, Ironheads, Knuckleheads, Panheads, Shovelsheads, and Evos. There were some modern Indians in the parking lot, classic Indians (including the rare parallel twin) in the show, and even modern classics in the vendor area thanks to Kiwi Indian. Plenty of classic Triumphs were there too, in stock, chopped, bobbed, and even sidecar style.

There were a handful of Japanese bikes there as well, mostly Hondas, but Yamaha, Suzuki, and Kawasaki were all represented. Several of the others were seemingly just back from a weekend of Mad Max reenactments in the desert. The strangest of the Japanese bikes was a customized Honda P50 moped, the one where the motor and transmission is all part of the rear wheel, with a faux fur seat cover and huge sissy bar.

David Mann is widely considered to be the artist who best captured the freedom and rebeliousness of the American biker, as published in the pages of Easyriders magazine. His name (and the magazine) still can draw a crowd, and not all of them crusty old bikers who were there back in the day. There were young new century bikers, hipsters, and even a good number who appeared to have flown in from Japan. There were several bikes there that were either tributes to the examples he painted into his scenes, or the inspiration for them.