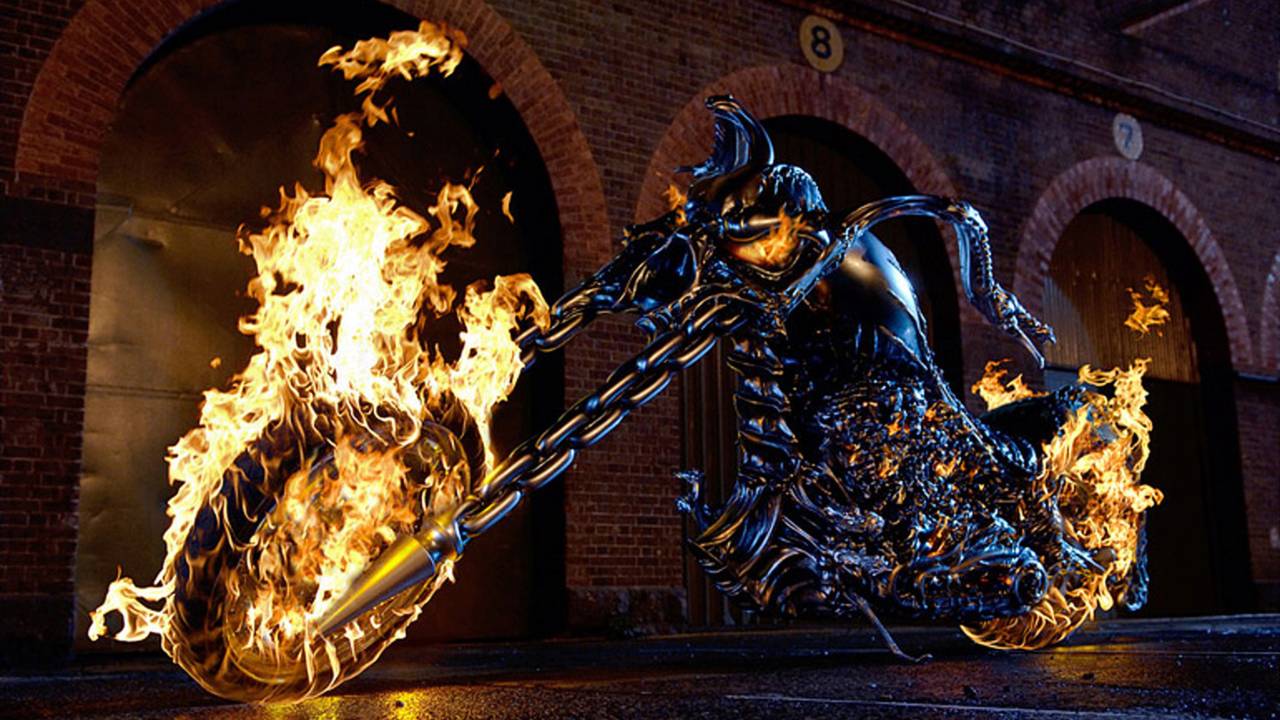 When two-wheelers zoom into the frame, our pulses race.

But when two-wheelers zoom into the frame, our pulses race that much more. And there's been more than a handful of great motorcycles in movies to hit the big screen over the decades with no end in sight. We’ve selected some of the most memorable bikes, both production and custom bikes, that deserve your cinematic and motoring respect.

Peter Fonda’s Wyatt rides the “Captain America” bike throughout the iconic film directed by none other than co-star Dennis Hopper. The custom motorcycle made use of the Harley-Davidson Hydra Glide former cop bikes and customized them into the Stars ‘N’ Stripes chopper.

Most of the bikes used for the film were actually stolen prior to the end of shooting and supposedly were dismantled for parts before their cult status was cemented. One bike that survived (but was demolished) was rebuilt and placed in the National Motorcycle Museum in Anamosa, Iowa and later sold for over $1 million. Replicas have been built and sold, though their veracity has definitely been questioned.

McQueen was pretty much a badass in every film he stars in, and The Great Escape was no exception. He helms a TR6 made especially for the film and it was outfitted to look like a German motorcycle. For a time, he outruns and outrides German forces, who look positively novice on their motorcycles. McQueen doesn’t actually perform the famous barbed wires fence jump due to insurance reasons, but he does a lot of the actual riding on roads and undulating hills all by himself, legitimizing his skills in the process.

We can’t all be perfect like Tom Cruise (at least in his movies). Way back when he was a nubile 23 year old, he starred in the testosterone fest Top Gun. As he rode his GPZ900 R, both racing F-14s and contemplating the deeper meanings of life, it was clear that the speed of his sportbike and the manly ethos it conveyed fit Maverick to a T.

John Rambo spent so much time with big firearms and big knives, you almost forget that he rides the capable XT 250 like a bat out of hell. He evades gunfire, traffic, sidewalk pedestrians, and Sheriff Teasle (Brian Dennehy), as well as jumps railroad tracks and rocky trails for almost three full minutes. Rambo had skills, boy, and riding was clearly one of them. Thank goodness he didn’t get on a Honda MB5. There would’ve been no sequels.

The Fat Boy was the perfect choice for Arnold with its huge wheels, tires and hulking V-twin mill. It propels the Austrian version of the Cyberdyne Systems 101 through myriad dangers, including going up against a big rig in a Los Angeles storm drain system. We love the fact that Cyberdyne took the time to program the hulking machine (Arnold) with the ability to ride the hell out of a hog.

Though you don’t actually see Angelina truly ride for any significant length of time, she does actually own motorcycles and does ride in real life. Her “selection” of the Street Triple R in the film is a brilliant one with its high revving (12,650 redline) 675cc engine. It's good for quick escapes and maneuvers, but probably not so much for silent running. It looks like Eveyln Salt also had very good taste in bikes.

MUST READ:  Watch the Three Part Series of How Robbie Maddison Rode His Motorcycle on Water | RideApart

We can forgive the movie, as long as we put Trinity’s freeway chase scene on constant repeat. The black 996 is the ideal choice for dodging traffic flow (towards and against) in order to get the Keymaker out of harm’s way. She helms it like a true MotoGP racer, but we can’t figure out how the Keymaker holds on and shifts his weight so damned well.

Count on Jason Bourne to take everyday things and do amazing things with them, including motorcycles. Not only is he able to hot wire a bike, but he also jumps the small 4RT like he’s its bidding master and manages to hop a wall like he’s taking candy from a kid. We just would like to have seen more of Bourne’s moto skills on longer chase scenes. Now that would've made Jason Bourne even more impressive.

This custom made monster was supposedly impossible to ride, but Christopher Nolan and his team made it happen with some expert stunt riding. The long wheelbase and interminably wide wheels gave the Bat-Pod a truly unique military look that was worthy of the Dark Knight. The fact that the wheels could rotate laterally and the bike could actually elongate were features we probably won’t see on a real motorcycle anytime soon. It’s good to be Bruce Wayne.

So a lot of it is CG. Who cares? It’s hard to have a leather-clad skeleton on fire riding a motorcycle that’s also on fire. Cage’s Johnny Blaze wages war against the netherworld’s worst while riding a Panhead Chopper, whichwas actually modeled after the Easy Rider “Captain America” bike prior to its angry transformation into a huge beast with a giant skull for a headlight and chains for forks. The fact that Easy Rider's Peter Fonda plays Mephistopholes the Devil in the movie makes Ghost Rider an even better motorcycling homage film.