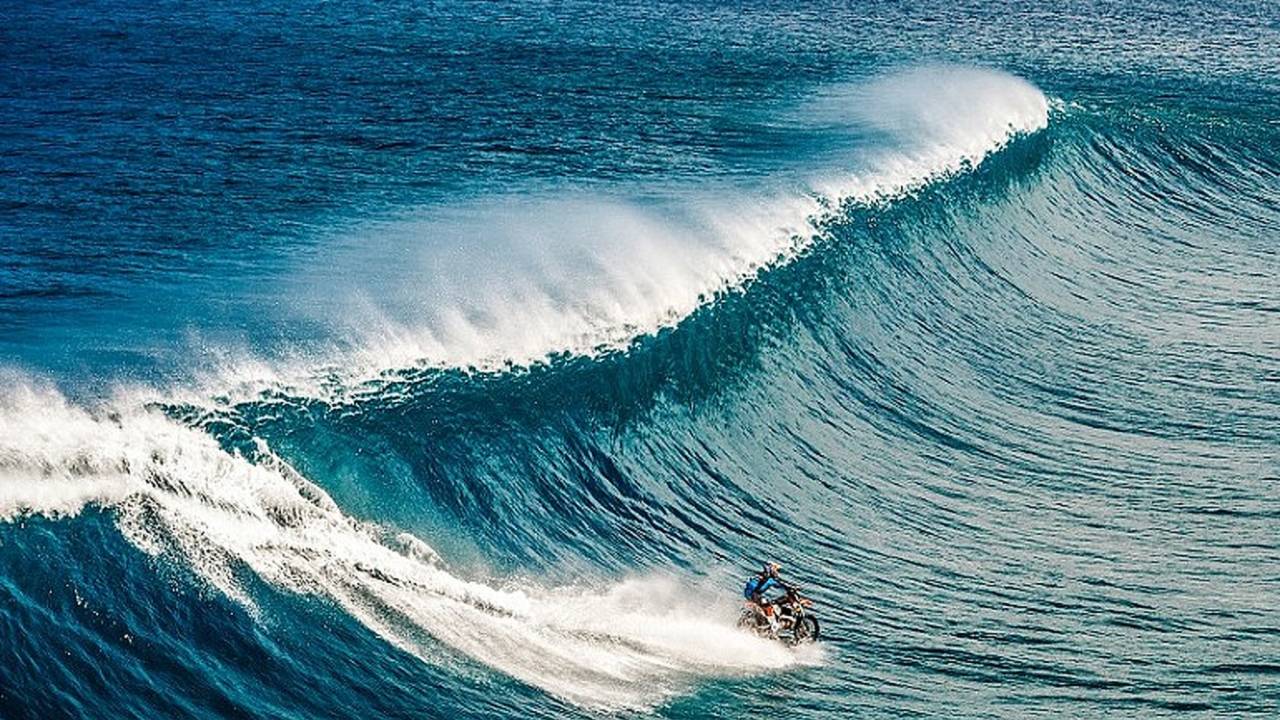 How did Robbie do it? Well, that may take a while to explain.

Apparently, it wasn't an easy process, but fortunately, Robbie was able to accomplish his "pipe dream" while staying intact.

Today Show Host Karl Stefanovic jokingly said, "Jesus Christ walked on the water, Robbie Maddison rode on it. Get that up ya!"

And the final product mesmerized millions of moto riders from all over (check it out below).

In the three part "Behind the Dream" series, you will see how Robbie Maddison, a professional FMX Athlete, and his crew brought his dream to fruition. The whole process, from idea to execution, took two years to complete, and Maddison had the help of his bike mechanic Buddy Morgan and construction engineer Matt McCall to build skis that would allow him to float and ride the waves in Thati.

They started out with two bikes and he prepared as best as he could for the stunt, but at unfortunately things didn't go smoothly. There were a couple of times where Maddison's crew had to fish the dirt bike out of the water. Unfortunately, there were also a few scary moments, and there was one in particular where Maddison had a near death experience while filming. However, this is his passion and he's known to be a gambler:

Check out the video series below, which are about 18-20 minutes in length for each one.