This rare bike left the factory and never got assembled, sold, or ridden.

After 81 bids, this bike ended up selling for a whopping $28,000. That's far more than one of these in good condition is normally worth, but being new in the crate undoubtedly added something to its value.

We also have a clue as to how things came to be this way. In 1981, Honda donated hundreds of CBXs and CX Turbos to vocational and technical schools all over the U.S. for the purpose of teaching motorcycle mechanics as classes assembled the bikes. Working on such an advanced (for the time) motorcycle was beyond the scope of some classes, including the teachers, so some of these bikes were never used. We haven't confirmed that this is the reason why this particular CBX-B is still in its crate after all these years, but it's highly likely.

Sometimes, for some inexplicable reason, motorcycles get built and shipped to dealers, but never assembled or sold. We covered one earlier this year, a 1977 Triumph Bonneville Silver Jubilee Edition that never left its crate. Now we've discovered yet another crate find of a rare, unusual motorcycle: a 1981 Honda CBX.

THE MORE CYLINDERS, THE MERRIER 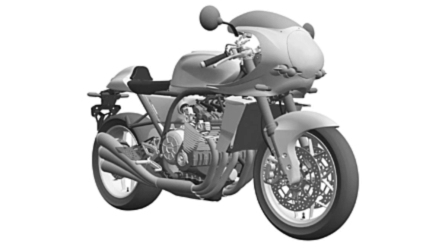 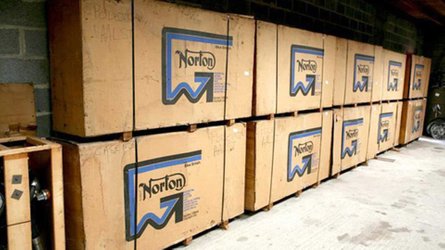 Based on the success of the CB750 and its variants, Honda wanted to build an even bigger, faster bike. The CB1000 had pretty much maxed out what Honda's inline-4 was capable of, so Honda thought the logical thing to do was add more cylinders. The result was the Honda CBX, where six cylinders are better than four. Strangely, its displacement was just 1,047 cc, roughly the same as the CB1000 four-cylinder. The extra cylinders gave the CBX more torque, as well as silky smooth operation all the way to 140 miles per hour. The CBX's frame was only about two inches wider than the CB750's to accommodate the engine, which stuck out far to either side of the frame. In all other respects, the CBX was your typical Honda UJM.

In 1981, Honda introduced the CBX-B, which took the basic CBX formula and turned it into a sport touring bike. Changes included a minor engine detune, a monoshock rear suspension, air-adjustable front forks, a fairing and hard bags, and a stronger frame with bigger front brakes to handle the extra weight. The CBX-B was a one-year model, replaced by the CBX-C in 1982 before being discontinued.

What we have here is a 1981 CBX-B, delivered to a dealer in Illinois but never assembled or sold. Why, we don't know. All we know is that this is a brand new, factory fresh, Honda CBX-B. I would say it's in perfect condition, but anyone wishing to build it and put it on the road should be very careful doing so. Every piece of rubber on this bike is 37 years old and has likely dried out and cracked by now. You'll need to go through the whole bike, including disassembling the massive engine, to ensure that it's ready to ride. Personally, I'd rather assemble it, then leave it alone as a perfectly preserved museum piece.

This CBX-B is available at auction right now with a price of $8,600 at the time I'm writing this. May the odds be ever in your favor.