Moto Corsa May Be Working On A 2000cc Naked Bike 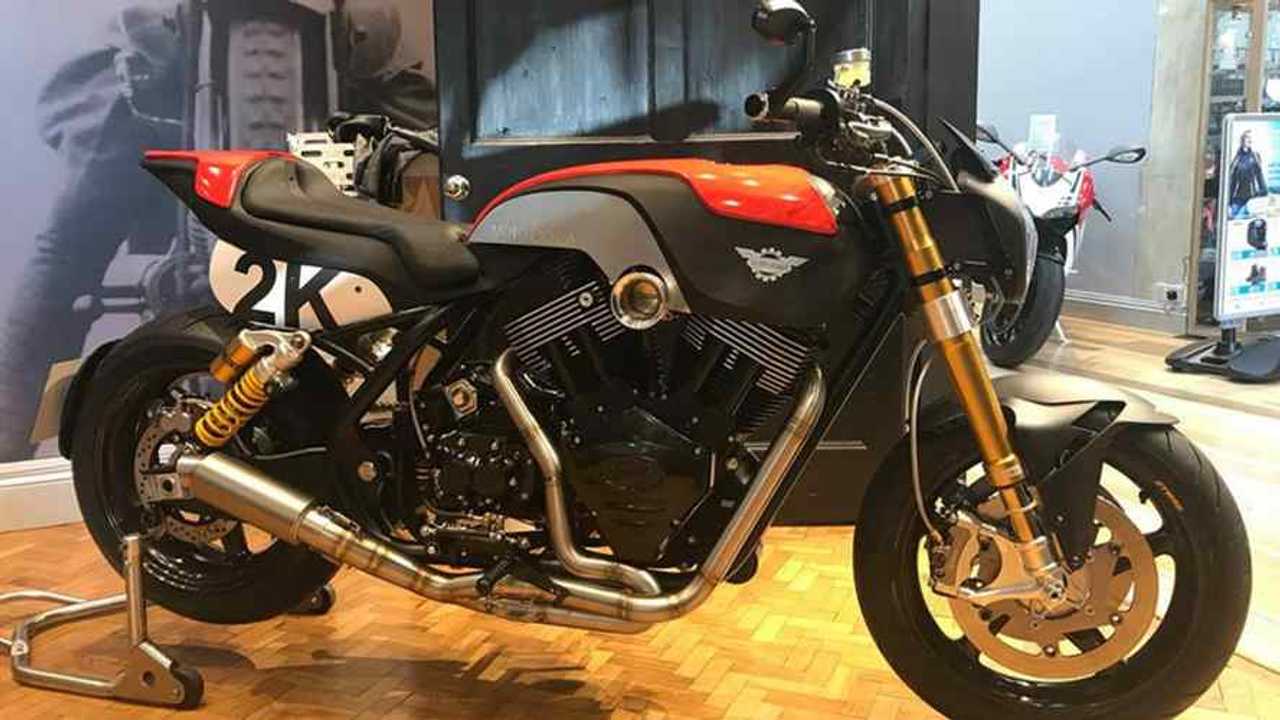 Moto Corsa, a motorcycle dealer in Dorset, U.K., wants to get into the manufacturing business. It has joined forces with T3 Performance, builders of this sweet Triumph Daytona 675, to create the Moto Corsa 2K, a 2000cc naked bike.

5 Reasons You Should Ride A Naked Bike

A Short History of the Naked Bike

The primary developer of the 2K is T3 Racing’s Tony Scott. He also created the Spirit Moto2 bikes that were quite competitive in last year's British Supersport championship and brings that experience to the road with the 2K.

Like many great vehicles, the British bike will be built around American muscle, in this case, an S&S 1961cc V-twin engine producing 100 horsepower and 135 pound-feet of torque, mated to an external five-speed transmission. But rather than the giant cruisers that normally get these engines, the 2K will be a thoroughly modern naked sportbike, and its styling reflects that. Its running gear is well suited to that purpose, with carbon Dymag wheels, Öhlins suspension, and Beringer brakes.

Moto Corsa and T3 Performance released pictures of a prototype 2K on Facebook that looks quite impressive. It contains many CAD-designed plastic parts that will be replaced with carbon fiber equivalents in production models, but plastic is cheaper and easier to work with while the bike is still under development.

Despite its modern design and components, the 2K still remains air cooled, and that presents some unique challenges. The gas tank has a special coating underneath it to reflect the high amount of heat generated by the massive V-twin engine. While the 2K will remain air cooled some additional methods of improving engine cooling are still under development.

Moto Corsa wants to satisfy a demand for expensive designer motorcycles and only plans to build 20 examples of the 2K, which will sell for about £40,000, or $51,200.