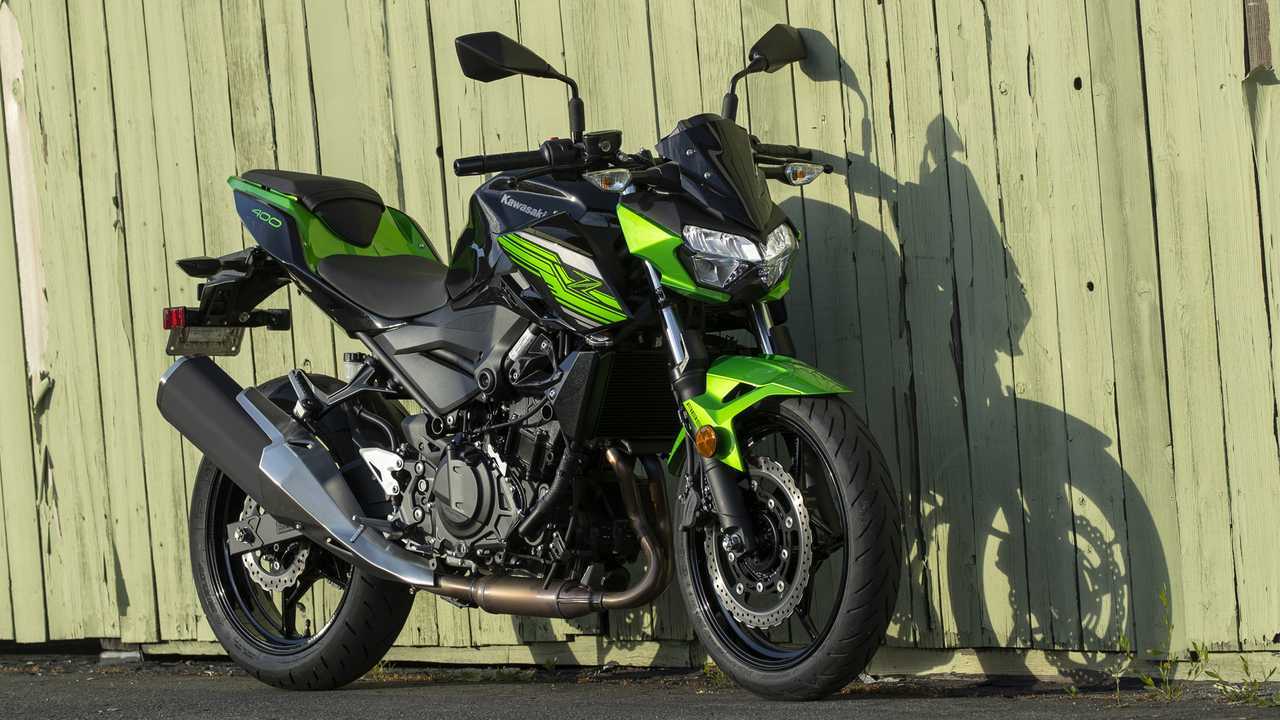 Time to get naked!

Over the past decade, it seems that every manufacturer has become obligated to create a naked version of every sportbike they put out, but, contrary to the inexperienced eye—and motorcycle forums around the web—a naked bike is more than just a stripped sportbike.

So, what is it about a sportbike with dirtbike-like bars and no fairings that has made so many fans so quickly? To clear up any confusion, we present a short history of the naked bike.

The naked bike has roots that spring forth from the garages of European sportbikes. In its early years of the late 80s and early-90s, the naked bike, first nicknamed ‘Streetfighter’ was the answer to an empty bank account and a crashed sportbike. Think rat bikes on steroids built somewhere in Europe and there you have it.

Rather than replace a set of $600 fairings and $120 clip-ons, these early Euro pioneers would remove all the unnecessary parts, rig up a set of $18 Fly Racing bars and keep on riding. Naked bikes look the way they do because these early versions were designed to show off their battle scars (and it is an obvious explanation of how the Streetfighter got its name too).

A Ducati Supersport turned into a naked/streetfighter the old fashioned way. Peep that Buell M2 flyscreen.

As the Streetfighter became more popular, manufacturers found gold hidden beneath the aerodynamic cowlings on their brand new race-replica sportbikes. The look and feel of these naked bikes came from the idea that most sportbikes spend their life to the right of a double-yellow line, not on a flawlessly paved racetrack, and they desperately needed to evolve. So, with a lot of trial, error and a little bit of money, the naked bike evolved, changing the mold of modern motorcycles in the process.

Some argue that the first manufacturer’s adoption of the naked bike was with the 1993 release of the Ducati Monster. Ducati, as we all know is a company that bears the reputation as “the Ferrari of motorcycles” and was the perfect brand to spearhead the social acceptance of this new genre.

With a design by Miguel Angel Galluzzi, the Moster was revolutionary. Galluzzi lifted the Monster’s skirt to reveal Fabio Taglioni’s trellis frame, thereby proving that function begets form. The Monster’s passionate design smashed the stigma that anything with a Z-rated tire was a plastic piece of junk made for punk kids.

Rather than starting from scratch, as Ducati had done with the Monster, Honda saw the sales numbers of the Monster and decided to join the party too. So, in 1998, Honda de-tuned the CBR600F3, ripped off its clothes and unveiled the CB600F, also known as the Hornet.

Known as the 599 in The States, the Hornet was just a CBR600F3 in its altogether.

A salvo was launched and an industry was changed. Where Ducati showed the world what a manufacturer could do with a properly engineered naked bike, Honda showed the manufacturers just how easily it could be done. After the release of the Honda Hornet, other OEMs followed suit and slew of fast and inexpensive naked bikes coming to market and reads like a who's who of two wheeled awesomeness: Yamaha’s MT-series, Suzuki’s SV, and Kawasaki’s Z-series are just a few of the many that changed the powersports landscape.

Kawasaki has an entire line dedicated to getting the Ninja out of its clothes, including the Z400 pictured here.

Over the years, corporate competition and technology improvements turned these bare-bone road racers into what they are today.

While the transmissions on sportbikes are mostly tuned for a race track - first gear gets you up to a racing speed and the other five gears give you options for grinding through smooth, open curve. That's all fine and dandy, but tight turns on a mountain road and the complex traffic patterns of a city require the engine’s torque to pay a little more attention to lower speeds. To answer this, the manufacturers have played a lot with ratios.

On a naked bike like the Triumph Speed Triple, you’ll find its powerful 1050cc engine pinging the rev-limiter at 60mph in first gear—unlike the CBR 1000 RR’s first gear, which climbs well above 80mph—and the rest of the gears of the Triumph are divided somewhat equally between 60 and 150mph.

Triumph's Speed Triple is one of the more iconic naked bikes out there. Also, one of the coolest.

While naked bikes all have different top speeds, 150mph seems to be the most common, as they lack the extra sprocket teeth to have any bigger of a bite than that. The naked bike transmission setup is perfect for whenever you see a dirty yellow suggested speed sign warning you that anything over 25mph is unsafe.

You can choose first gear, enter at 45mph, get a little squirrely around the apex and level out, gradually exposing the full potential of your motor to the acute radius you just annihilated. Also—sixth gear power!!! Three car lengths can be gained in traffic in a matter of seconds all without downshifting.

Another solution to the public-road problem was to redesign the power curve for most naked bikes. A modified set of camshafts take the five figure rpm power down to more conservative levels.

Among the camshafts, many manufacturers are making changes to the ECU, intake and exhaust porting and exhaust routing in an effort to put the power on a lower shelf.

On public roads, this power proves very useful when you don’t have to tapdance down to first because some crazy hair spray cougar in a convertible Mercedes can’t see her blindspot over the cell phone that is pressed against her face.

The Glory of Being Naked

With a naked bike, the upright position gives a whole new sense of confidence to the rider. Raised handlebars nudge the bike’s center of gravity away from the fulcrum spinning around the front axle, allowing a massive increase in braking efficiency. Consequently, this weight shift has bred a dog that likes to jump onto its hind legs when it gets excited. Woof!

I’ve owned a couple naked bikes and have built a few Streetfighters in my time but I’ve been riding my 2005 Triumph Speed Triple for almost five years now and loved it since I bought it. At 5'10", it’s a good—but not a great—balance between aggressive and comfort.

Furthermore, you'll come to know this machine better than a jockey knows his horse. Anything the road throws at you is easily overcome and riding a naked bike in traffic is like flying a fighter jet through a flock of blimps.

That said, there are a few drawbacks to the upright position, namely fatigue. While a sportbike will kill your wrists and triceps after about 45 minutes of hard riding, it's different on a naked. With its upright posture, all of the weight is transferred from your arms to your butt, and, like Newton’s Cradle, each individual vertebrae transfers the kinetic energy not absorbed by the swingarm. Ouch.

Even Harley's getting naked with its upcoming Streetfighter!

Sitting upright and in the wind is also an issue. The front cowling on a sportbike directs most of the wind away from your torso, but a naked bike lets you take the brunt of it.

Other than body positioning, the wide handlebars give the rider a ton of leverage. Clip-on handlebars require a certain amount of shoulder strength to rapidly navigate an S-turn, so be forewarned. The bars give your arms more of a gorilla stance, which has an insane psychological effect.

My theory is that positioning your shoulders like this releases testosterone, which influences you to become the alpha-male commuter. Everyone in your traffic cluster knows you’re there, you move to the front of the pack and no one shall overtake you. And sometimes, out of nowhere, you growl. Self discipline determines what happens next.

Although the naked bike was conceived by the underemployed owners of crashed sportbikes, to me, it is the continuation of the superbike, first created by the beloved inline four that propelled the 1969 Honda CB750, a bike we think that was naked well before bikes even had clothes.

While new genres of motorcycles usually spring forth into existence on the drafting tables of a well-organized corporation, the naked bike was born of an anarchic mutuality. Trends catch on, new ideas are fabricated and better breeds are born. The naked sportbike is a testament to the demands of the motorcycle owner.  We can't wait to see what comes next.