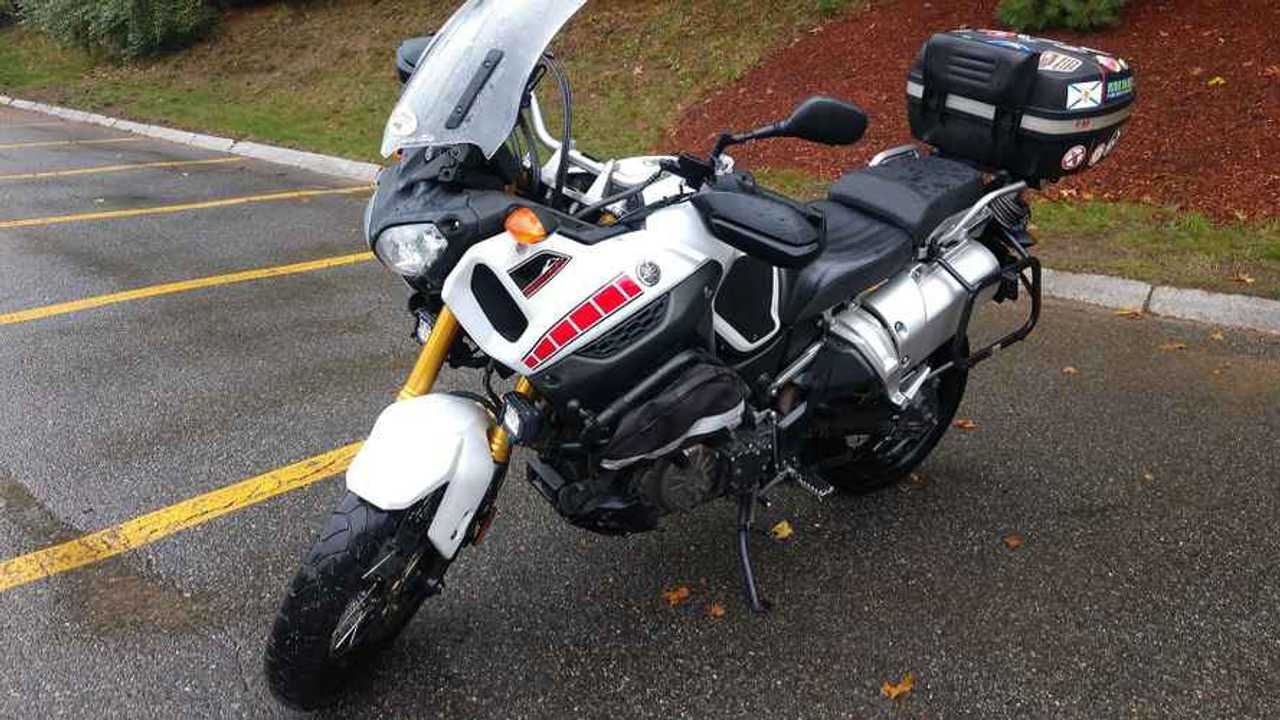 The problem could cause rough running or lack of throttle control.

All 2012 and 2013 model year Yamaha Super Ténéré motorcycles have been recalled for an electrical problem that could cause throttle problems.

According to the National Highway Traffic Safety Administration, the recall covers 4,736 motorcycles built between June 1, 2011, and August 27, 2013. A quality control review by Yamaha discovered that due to heat over time, a gap may open in the protective caulking in the joint area connecting the lead wires for the accelerator position sensor and throttle position sensor to the Electronic Control Unit. This gap can allow corrosion to form on the wire surfaces, changing electrical resistance, causing the ECU to receive incorrect signals. If this happens, engine speed may not return to idle when the throttle is released. Other symptoms may include difficulty restarting, engine misfires, and poor engine performance.

The Super Ténéré has used a different wiring harness since 2014, so later models are not affected by this problem and are not included in the recall. The repair will bypass the defective wiring with a new sub-lead harness multi-connector, which Yamaha dealers will perform free of charge.

RideApart had a 2014 Super Ténéré ES as a project bike for two years. We generally liked it, but couldn't quite get past the bike's weight and engine mapping, despite a custom flashed ECU. We did enjoy the added horsepower, as well as the pushbutton adjustable suspension, but all things considered we'd probably opt for a comparable BMW adventure bike in the future.

Recall notices should have been mailed to owners last week, so watch for it in the mail if you have one of the affected bikes. Owners may also contact Yamaha customer service at 1-800-962-7926. Yamaha’s number for this recall is 990122. The NHTSA Campaign Number is 18V695000.