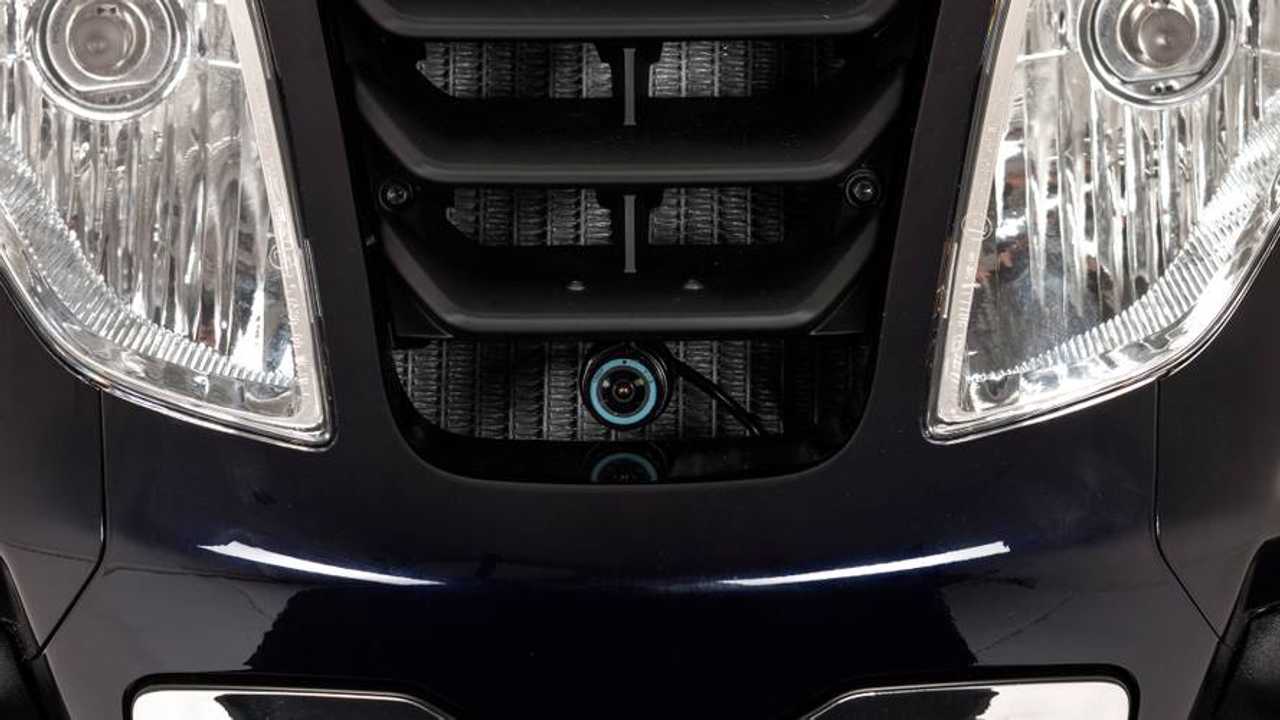 French manufacturer Peugeot is celebrating its 120th anniversary on the market with a special edition of its three-wheel scooter, the Metropolis 400. For the occasion, the scooter comes fitted with a flight of techs, including a dash-cam.

The limited-edition Metropolis 120 Ans (120 Years) highlights the brand’s twelveth decade on the market. Only 120 units of the special scooter will be produced. The three-wheeler will get a special Dark Blue paint borrowed from the Peugeot 3008 SUV, with a brown stitched saddle, an aluminium tunnel, as well as special badges slapped on the backrests and on the front panel.

The scooter also receives a full menu of tech features including a smart key, USB port, tire pressure sensors, ABS, automatic hazard lights in emergency braking situations, and traction control. The Metropolis 120 Ans also becomes the first scooter to be fitted with cameras, including a dash-cam.

The model has a set of front and rear-facing cameras that automatically turn on when the scooter starts up. With the help of a convenient display located on the handlebar, the rider can see in real time what’s being recorded and can even take pictures. The HD 1080 camera system will not only allow the rider to document his ride and snap pictures along the way, but also be useful in case of a crash, should legal actions be required.

The Peugeot Metropolis 120 Ans limited edition isn’t cheap and is priced at $11,400, which is still cheaper than Piaggio’s MP3 Business trim level.

Motorcycles and scooter are receiving a growing number of car-inspired technologies such as emergency braking and traction control. The camera is the latest addition to an ever-growing list aiming to make two-wheel vehicles safer than ever. Next in line, blind spot monitoring and adaptive cruise control?