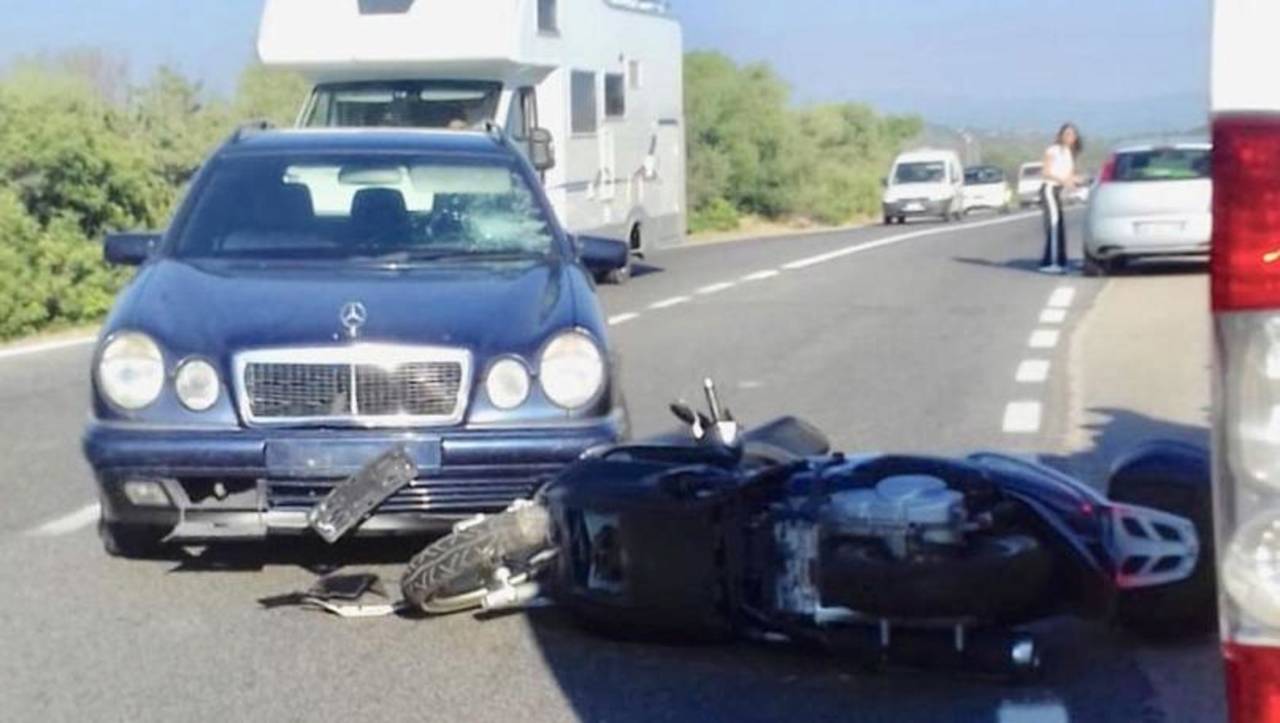 If the blurry dashcam video indeed him, George Clooney's crash was far more intense than we had imagined.

If the blurry footage is indeed him, George Clooney's crash was far more intense than we had imagined

Yesterday we reported on a crash that husband of renowned human rights lawyer Amal Clooney had in Sardinia, Italy over the weekend. Thing is, without actually having seen it, and based on all the reports, including a statement from Carabinieri officer Lt. Col. Alberto Cicognani, it sounded mild. And while the Oscar winner was rushed to the ER at the time, was released later without major injury.

Now a video has surfaced of the incident, and the crash looks rather intense.

We see a dark colored Mercedes-Benz station wagon pull into the oncoming traffic lane—presumably to turn left on to the side road—without regard for the two scooters that are already coming toward them at speed. The first scooter, who's rider is a mystery at this point, avoids the car by mere inches, while the second, with Clooney on it slams right into the front fender of the Benz. The rider is immediately airborne while the scooter goes from 60 to zero in no seconds flat. He smashes into the front windshield, and falls to the ground milliseconds later. We see him trying to immediately sit up, and moments later onlookers rush over.

Those of us who've been in wrecks—where you're still conscious—know that surge of adrenaline you get immediately after crashing. So it's no surprise Clooney sat up here. And while the crash looks intense enough to justify him staying at the ER for a few days, and maybe even taking some time off filming to recover, turns out Clooney is as tough as the guy he plays in his films.

HOW NOT TO DIE: A Basic Guide To Sharing the Road with Cars

Here's a quick clip also from the same source with some post crash images.

ITALY WITHOUT CRASHING: A Scooter, Sunshine, and Coastal Sicily

George Clooney is currently in Sadrinia filming a miniseries adaptation of Joseph Heller's satirical war novel Catch-22. CNN had reported that the scooter crash won't affect the series' filming schedule and that Clooney should return to set quite soon.

We haven't been able to positively definitely identify the scooter involved in the crash. Any keen eyed readers out there figure it out? Leave a comment.