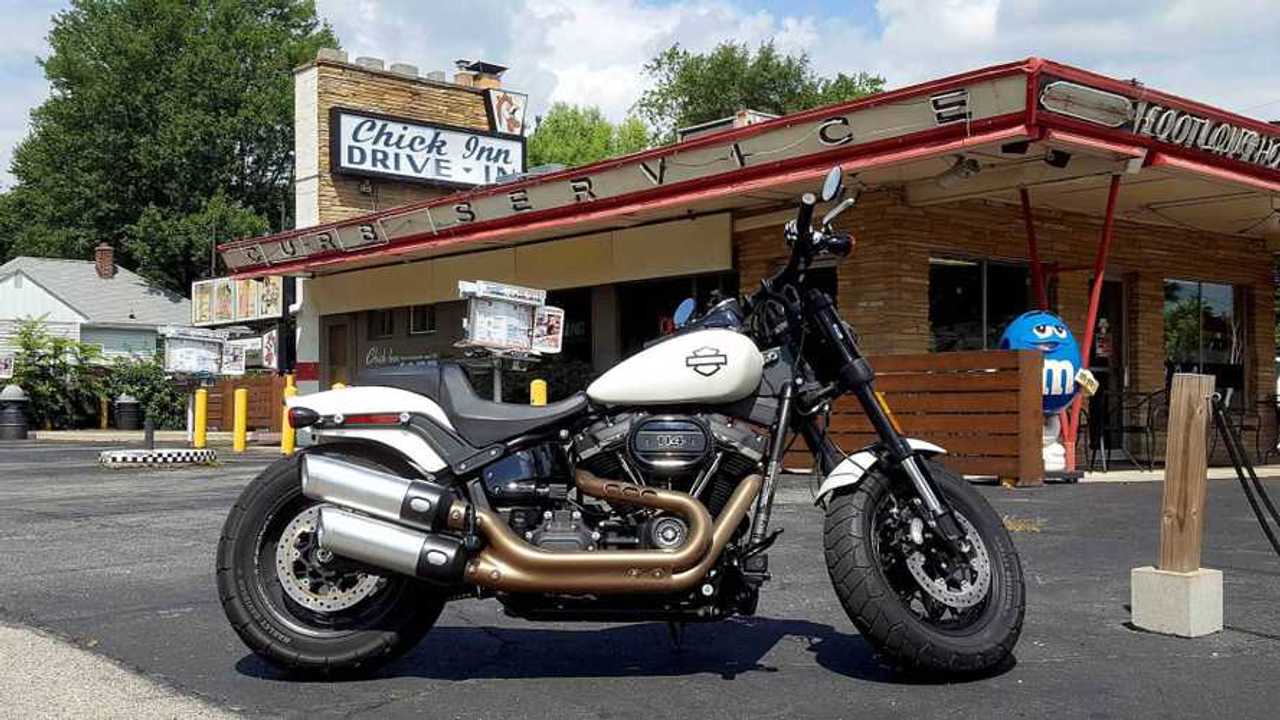 Wherein FleetBob and I brave Washtenaw County for a day of sun, motorbikes, beers, friends, and some aggressively average cover bands.

Ypsilanti (ip-sill-ANN-tee), Michigan, is a cool little town about 40 minutes west of Detroit. The Russia to nearby Ann Arbor's France (if you don't get that reference go read a book about Russian history), Ypsi is known primarily for its hilariously phallic water tower, for being the place where Edsel Ford won World War II, and as the home of Eastern Michigan University. It's also known, to locals at least, as a town that likes to party. This love of partying is most evident in Ypsi's string of rad summer festivals. With everything from Beer Fest to (my personal fave) Elvis Fest, there's something for everyone in Ypsi during the summer.

Life with FleetBob - Building the Perfect (For Me) Bike

Along with beer and Elvises and everything else going on, Ypsi is also home to the Ton-Up Motorcycle and Music Festival. Held at The Corner Brewery, a really cool brewery and biergarten on the outskirts of town, the Ton-Up is a very cool motorcycle gathering that features live music, vendors, a judged bike show, ice cold beer, food trucks, and all sorts of motorcycle-related shenanigans. Riders from all over Southeast Michigan roll in to party, dance, show off their bikes, buy/sell/trade, and generally have a good time. So, since I'm a rider from Southeast Michigan and I have a bike to show off—and I had the whole Sunday free and to myself—I decided to ride down to Ypsi with FleetBob for a little fun.

Primed and ready for fun.

After a very pleasant ride along back roads between Detroit and Ypsi, and a hearty breakfast at the Bomber diner, I rolled up to Corner Brewery about 45 minutes after the show opened. It was a pretty nice little setup. The street in front of the brewery was reserved for motorcycle parking and food trucks. While it was still technically open to traffic, I wouldn't have wanted to run a car through there. The show itself was in the parking lot, a space reserved for the competing show bikes, vendors, merch tables, the beer, the stage, etc. There was precious little shade in the parking lot, but there was a relatively peaceful and very shady biergarten right behind it which was just the place to cool off and recharge between sorties into the crowd.

In pretty good company. Sadly, the Old Wing had split by the time I took this picture.

When I got there, a fair number of bikes already lined both sides of the street. I slotted the FleetBob in between a first gen Speed Triple and a ratty old '76 GL1000 (I love a good Old Wing, by the way), hung my gear on the bars, and settled in for some serious fun. For the next few hours I wandered around, took pictures, met up with friends, talked bikes with old dudes, shot a ton of pictures for the 'gram, and generally enjoyed myself. While the show was officially in the parking lot, the real action was out in the street. All kinds of extremely rad bikes came and went throughout the day, and it was a joy to watch people roll up and get mobbed by gawkers and gearheads.

So, highlights? Oh man, there was so much good stuff there. There was a trio of adorable, mint condition Lambrettas that spent the day blasting around, more British Iron than you could shake a stick at, rare and weird creations like a Motus, a mint two-owner, all original, '57 Ariel, a barn fresh '47 Indian survivor, a freakin' Alllstate scooter with a sidecar, and more. My buddy Marcel showed up with one of his killer Moto Nisto creations, our man Todd was there with his Norton, hell, even the Imperial Army was well represented by a scout trooper from the 501st Pathfinders on a tricked out Ninja. I also met a sales rep named Mary from Genuine Scooters, a Chinese scooter distributor that's gearing up to sell neat little modular 400cc standards in the States later this year (more on that later).

Gallery: FleetBob Does the Ton - A Day at the Ypsilanti Ton-Up

After a few hours of fresh air and sunlight, I was ready to split. I'd taken a ton of pictures, showed off FleetBob, hung out with friends, listened to some really weak cover bands—seriously Ton-Up, try harder with the music next year—and was generally very happy with my Ton-Up experience. I took a very leisurely ride back to Detroit and finished up my day by watching some Godzilla—1994's Godzilla vs. Mothra if you want to know—with the kids.

Look how clean this Zed is! LOOK AT IT!

All in all, the Ton-Up is a really great little bike gathering. The people were cool, the bikes were amazing, the atmosphere and energy were really fun, and I'd recommend it to anyone. If you're anywhere in the SEMI or Northwest Ohio area, you should definitely check it out next year.