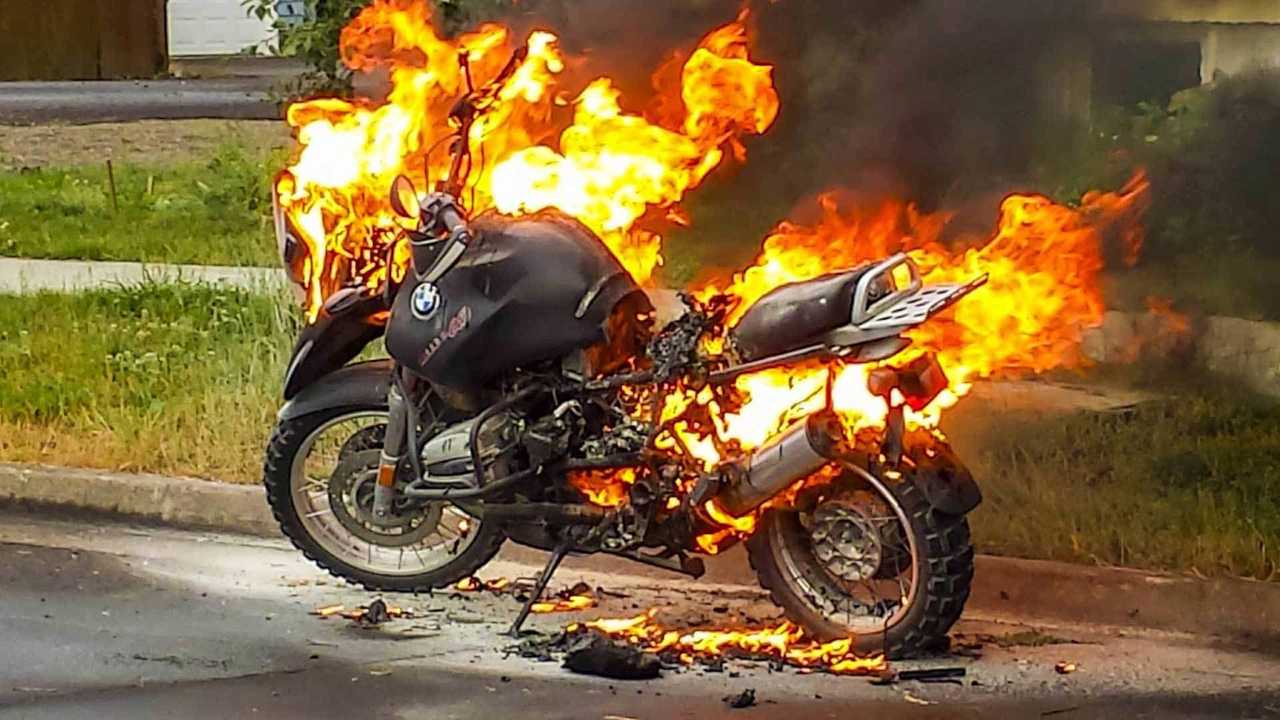 A husband and wife fight over his drug use turned into a visit from the emergency services when the scorned woman set fire to her husband's bike.

Don't do drugs, m'kay? If you do, be ready to deal with the consequences. I'm not talking about justice or prison here, I'm talking about an angry wife, which is probably worst. A man from Fairfield Beach, Ohio, learned that valuable lesson the hard way when his wife set fire to his motorcycle.

WINNER WINNER STEAK DINNER: Steak Thief Makes a Run for it on Scooter

During a heated argument, the gentleman admitted to his s.o. that he had resumed doing drugs, something the wife didn't take so well. Who can blame her really? According to the officers' report, the couple had been fighting all day and the subject of drugs poured oil on the fire, so to speak. Someone was having a really bad day.

As the argument dwindled, the man left the house, also leaving an upset wife behind. This was quite possibly one of the worst decisions ever made in history. The wife told responding officers that she felt she needed to destroy something of her husband's in retaliation. It could have been his mom's porcelain or his favorite underwear, but none of them made the cut: the lady went for much, much bigger. A little before midnight on the same day, the emergency services were called to their home. The woman had set fire to her husband's motorcycle and the flames had spread. She was unable to contain them so she called 911 for assistance. Thankfully, the firefighters were able to rapidly put the fire out.

POINTS FOR CREATIVITY: Scooter Rider on Freeway Lights the Way with Phone

The officers didn't arrest the angry arsonist nor did they cite her for her mischief. The story doesn't tell what the husband had to say about the event or whether charges will be filed. We can only hope a burned bike was a good-enough incentive for mister to quit a bad habit.

Correction: We initially identified the subjects of this story as being from Connecticut. This incident happened in Fairfield Beach, Ohio. We sincerely apologize to the great people of Connecticut for this mistake.