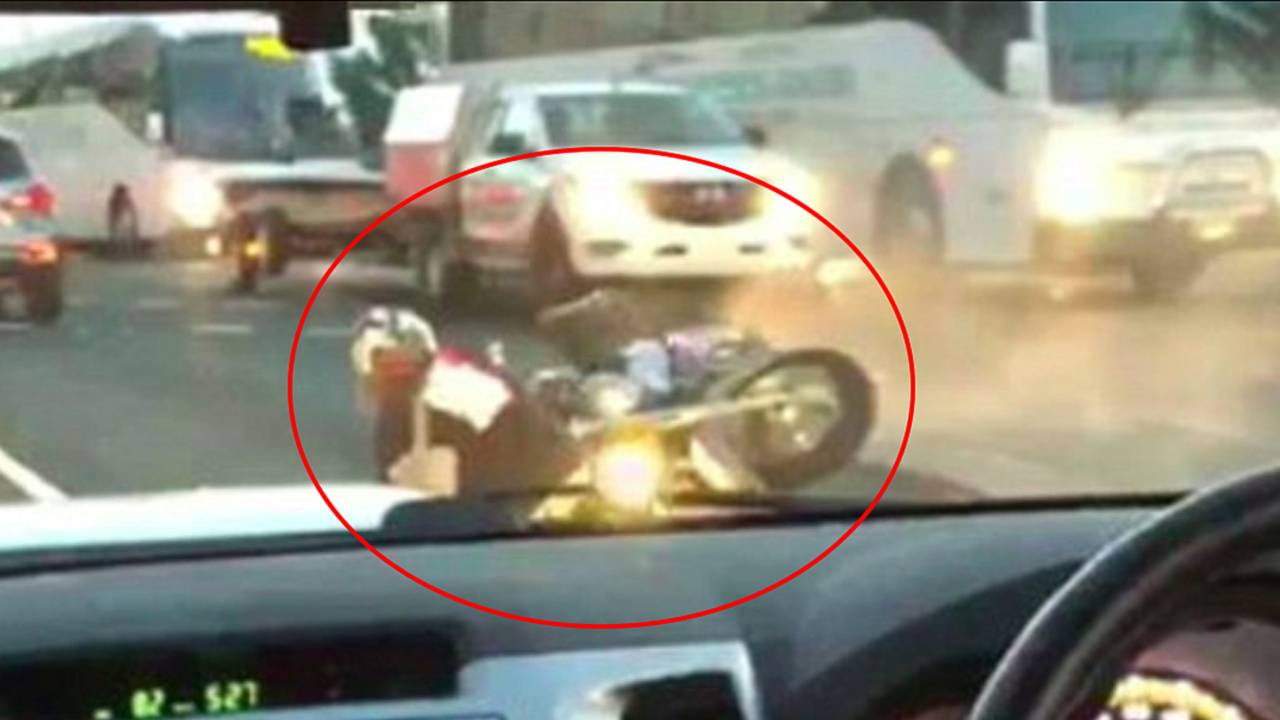 It's hard not to want to show off when you're on a bike and you have an audience, but not all demonstrations a are success. That guy failed. Hard.

For some of our fellow riders, showing off is as important a part of riding as is the bike itself. Normally, riders contain the showing off to making a lot of noise and sporting their favorite colors. Not all riders keep a low profile though, and sometimes being a showoff can leave a few bruises, both on the ego and on the bike.

I SEE: 8 Ways To Miserably Fail at Loading a Bike

It's hard not to want to show off a little when you're on a bike and you very obviously have an audience. That's exactly what happened to this guy from down under riding on his bike. A car full of guys cheering him on was all he needed to rev up the engine while waiting at a stop light, with the promise of a spectacular take off.

Except things didn't exactly go as planned. With all eyes—and cellphone cameras— on him, the guy twisted the throttle and for some obscure reason, lost control, hit the curb, and sent his silver bike—apparently a Honda VTX according to our eagle-eyed readers, but it's kinda hard to tell—tumbling on the concrete median. I cringe, you cringe, we all cringe—the inflated ego just got poked by a needle and the blow up is spectacular.

Nobody understands what happened, not even the guys in the cars whose reactions add to the pain of the pathetic show.  As you'll witness in the video, the take isn't even that flashy, which could have potentially justified the end result.

On the bright side, the guy doesn't look hurt and he'll eventually be able to laugh about it. If you're going to put on a show, you must be willing to take the hit if you fail.

CORRECTION: We initially misidentified the bike in this story because we didn't double-check the source and/or the video. It's been corrected. Mea culpa, mea culpa, mea maxima culpa... -JM